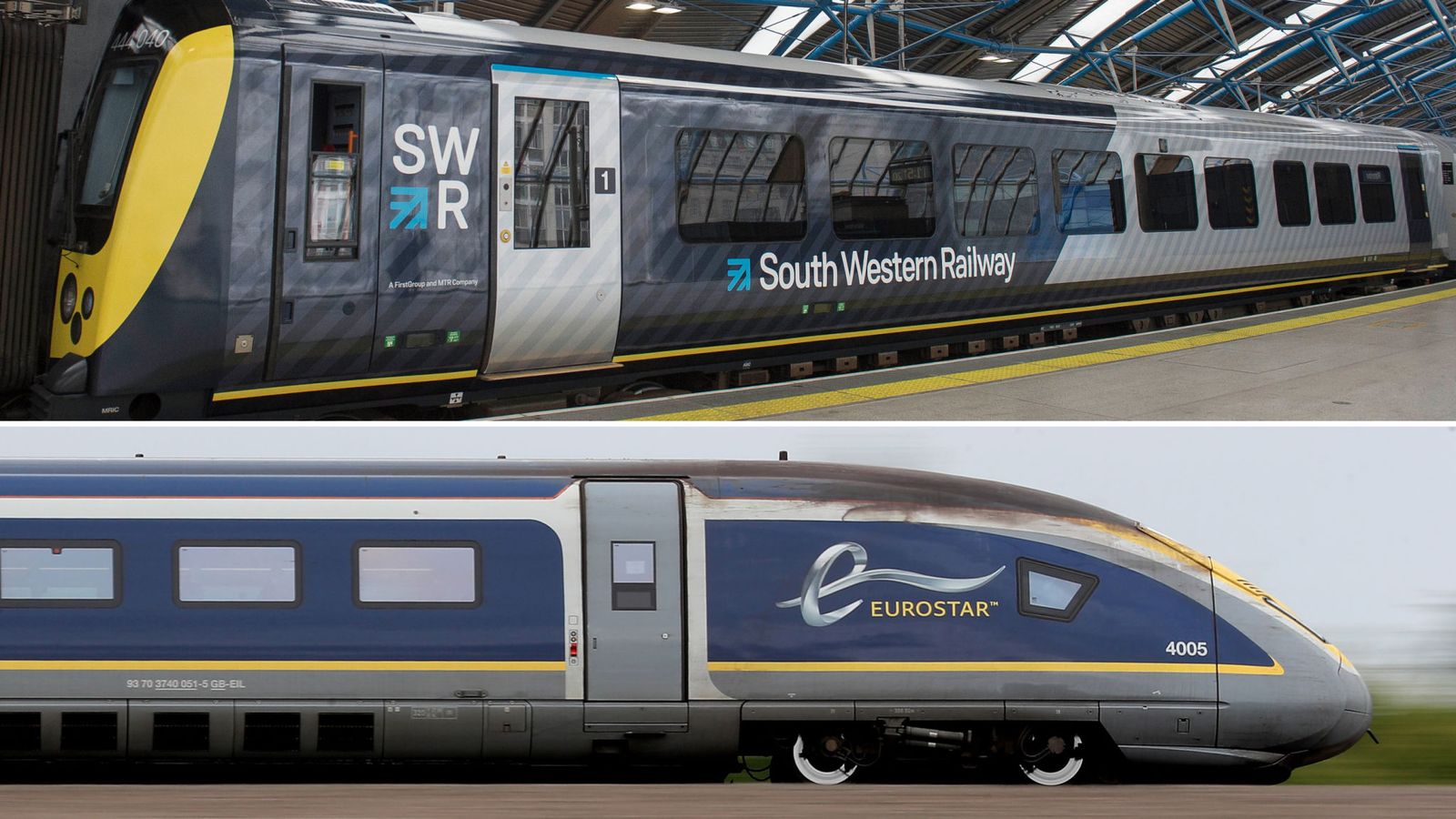 After days of delays on the railways caused by the weather, passengers on two networks are facing fresh disruption because of strikes.

Staff who work for South Western Railway (SWR) and Eurostar are walking out for 24 hours over separate disputes.

Eurostar staff who work at London’s St Pancras station, which offers services to continental Europe, are striking over “shocking and dangerous” working conditions caused by repeated breakdowns and service failures.

Meanwhile, the SWR walkout is the latest in a long-running dispute over the role of guards.

SWR has described the industrial action, which involves members of the RMT union, as “frustrating and disappointing” – and said it will only be able to run 50% of its services on Saturday.

A spokesman added: “We are urging the RMT to return to talks and end this damaging disruption to passengers.

“We are sorry that this industrial action is inconveniencing many of our passengers, and we will continue to do everything we can to keep passengers moving.”

SWR passengers were last affected by strikes on Thursday, which caused 30% of services to be cancelled. Further strikes are being held in the coming weeks, including on Tuesday.

Approximately 140 staff are involved in the dispute at Eurostar, with the RMT union claiming St Pancras has been reduced to “chaos”, with workers bearing the brunt of public anger over delays to services.

RMT general secretary Mick Cash said: “The conditions at St Pancras have been simply appalling in recent weeks, with dangerous levels of overcrowding on the concourse as services plunge into meltdown on the cusp of the busiest part of the year.

“RMT will not tolerate a position where our members are left to pick up the pieces due to corporate failures.”

A Eurostar spokesman has said it plans to offer a normal service despite the walkout.