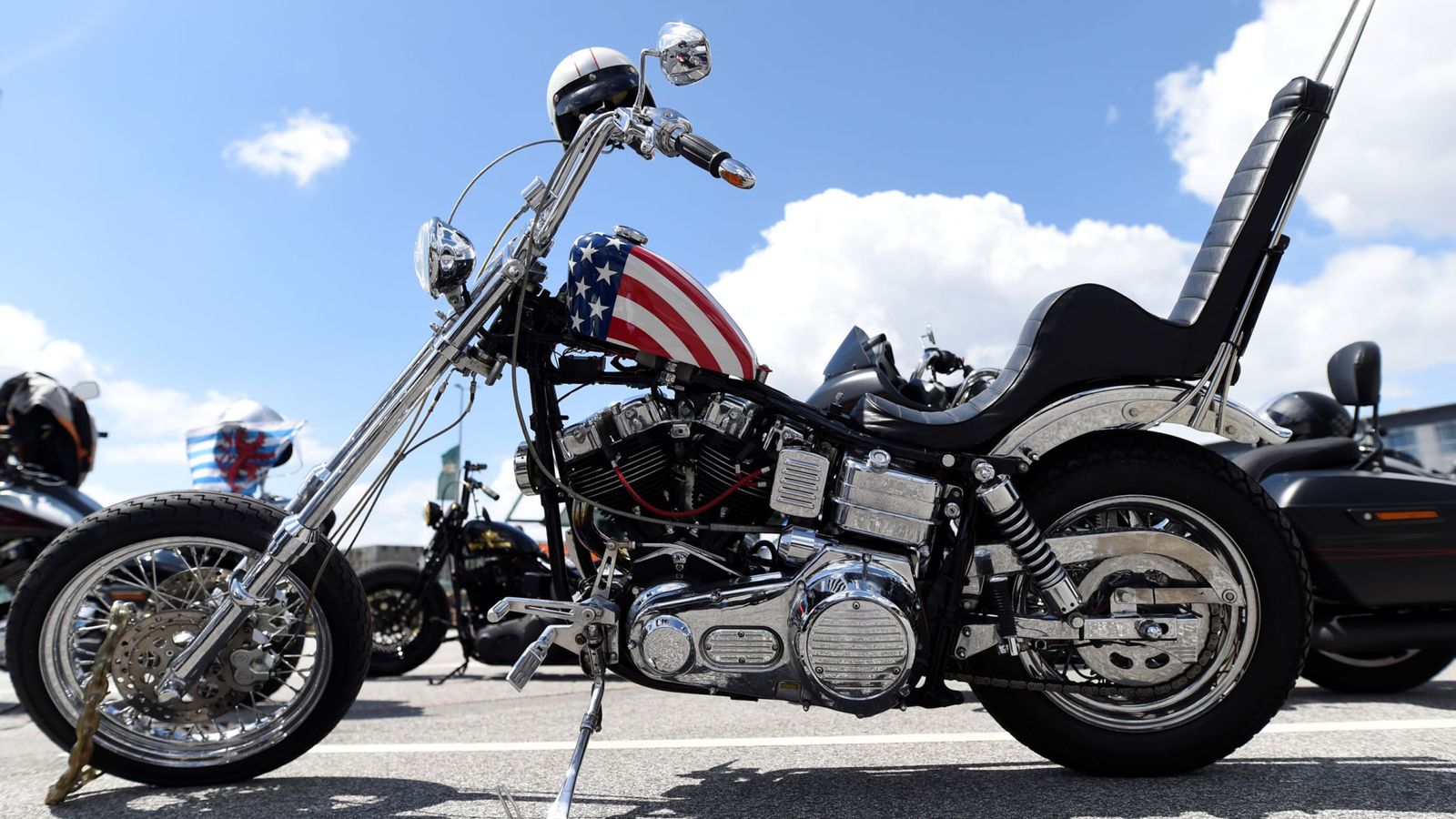 US President Donald Trump slammed Harley-Davidson’s decision to move some production of motorcycles overseas after Brussels retaliated against his tariffs.

Mr Trump said the iconic maker of motorcycles had waved the “White Flag” after he had fought hard for the company.

The Milwaukee-based company said it would shift some production of bikes heading for customers in the European Union to its international production plants. It has factories in Brazil, India and Thailand.

Brussels imposed tariffs on a range of US-made products, including cosmetics, whiskey and cranberry juice, after Mr Trump imposed extra taxes on EU steel and aluminum. The levy on Harley-Davidson bikes has increased to 31% from 6%, the company said.

Surprised that Harley-Davidson, of all companies, would be the first to wave the White Flag. I fought hard for them and ultimately they will not pay tariffs selling into the E.U., which has hurt us badly on trade, down $151 Billion. Taxes just a Harley excuse – be patient! #MAGA

Mr Trump tweeted: “I fought hard hard for them and ultimately they will not pay tariffs selling to the EU, which has hurt us badly on trade, down $151 Billion. Taxes just an excuse – be patient!”

“Harley-Davidson expects ramping-up production in international plants will require incremental investment and could take at least nine to 18 months to be fully complete.”

“In the near-term, the company will bear the significant impact resulting from these tariffs, and it estimates the incremental cost for the remainder of 2018 to be approximately $30 to $45m,” it continued.

“On a full-year basis, the company estimates the aggregate annual impact due to the EU tariffs to be approximately $90 to $100m.”

The firm’s stock fell almost 6% to $41.57 in a turbulent day for US stocks amid concerns of a trade war.

The tech-heavy Nasdaq slumped 2% on reports the US Treasury was drafting plans to block firms with at least 25% Chinese ownership from buying US tech companies.

The Dow Jones Industrial Average and S&P 500 closed down more than 1.3% each on Monday.