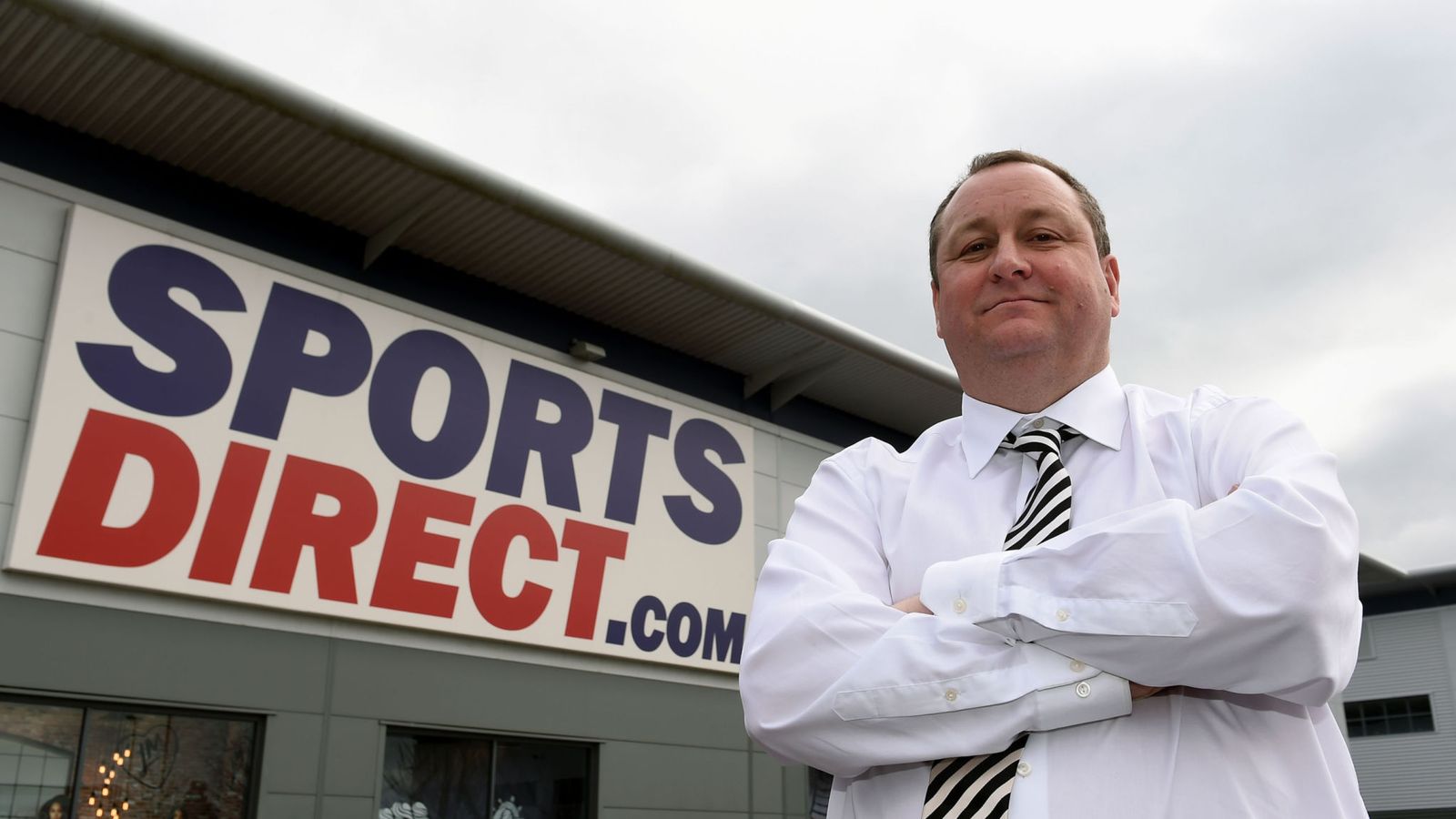 Sports Direct, owned by billionaire Mike Ashley, has agreed to buy House of Fraser for £90m in cash.

Sky News exclusively revealed that Mr Ashley was close to an agreement after the accountancy firm EY was appointed the administrator for the 169-year-old department store chain.

In a statement to the London Stock Exchange, Sports Direct said it had acquired all of the UK stores, brand and stock of House of Fraser.

The deal represents a stunning coup for Mr Ashley, who has harboured a long-standing desire to move his retail empire upmarket by acquiring one of Britain’s leading department store chains.

:: Analysis – How did House of Fraser get into this mess?

Sky News revealed last week that Mr Ashley was in talks about providing a rescue package to keep HoF afloat, although in recent days he had faced serious competition to buy the business from Philip Day, the billionaire behind Edinburgh Woollen Mill Group.

Confirmation of my scoop that Mike Ashley’s Sports Direct International has bought House of Fraser; statement says it has paid £90m for all of HoF’s stores and stock, but no disclosure of likely restructuring plans.

Details of Mr Ashley’s plans for HoF, including how many of the 17,500 people who work for the company and its concession operators will keep their jobs, are unclear.

However, a rescue deal by a well-capitalised business like Sports Direct will at least preserve a significant number of jobs at HoF.

More than 6,000 roles had already been earmarked to be lost as part of a controversial process which was subject to a now-settled legal challenge from some of HoF’s landlords.

HoF had planned to close 31 of its 59 stores but because it entered administration those controversial Company Voluntary Arrangements (CVAs), which allows companies to renegotiate contracts with creditors – and in this case landlords, drop away.

Mr Ashley said: “We will do our best to keep as many stores open as possible. It is vital that we restore the right level of ongoing relationships with the luxury brands. Our deal was conservative, consistent and simple. My ambition is to transform House of Fraser into the Harrods of the High Street.”

Scott Lennon, of the union Unite, said: “Sports Direct is a leopard that has not changed its spots and we hope that its poor record on pay and employment practices are not transferred to the House of Fraser.

“We fear for jobs and employment conditions at the House of Fraser going forward. The staff are entering a period of great uncertainty and worry.”

HoF’s collapse into administration ended 169 years of solvent trading and turned it – at least temporarily – into the biggest high street failure for more than a decade.

Sports Direct wrote to HoF’s management last month to set out the terms of a rescue deal, saying it was willing to structure a transaction on similar terms (subject to due diligence to confirm the level of investment/cash injection required) to one proposed by the Chinese owner of Hamleys.

Mr Ashley’s company added that it had cash resources available for investment and the ability to support HoF in areas such as “warehousing, online sales and the running of the business generally”.

Bidders for the ailing department store chain were told to submit final offers on Thursday morning, with creditors working late into the night to thrash out a deal.

Mr Ashley’s deal ends the tussle for the chain as an unprecedented list of high street names battle to avoid collapse.

So far this year, Maplin, Poundworld and Toys R Us UK have all fallen into administration, triggering about 10,000 job losses.

Numerous other chains, including Carpetright, New Look, Mothercare and – next week – Homebase, have turned to company voluntary arrangement mechanisms to raise hopes of their survival, but at the cost of thousands more jobs.

Retailers have become casualties of a tough market characterised by rising costs combined with caution among British shoppers.