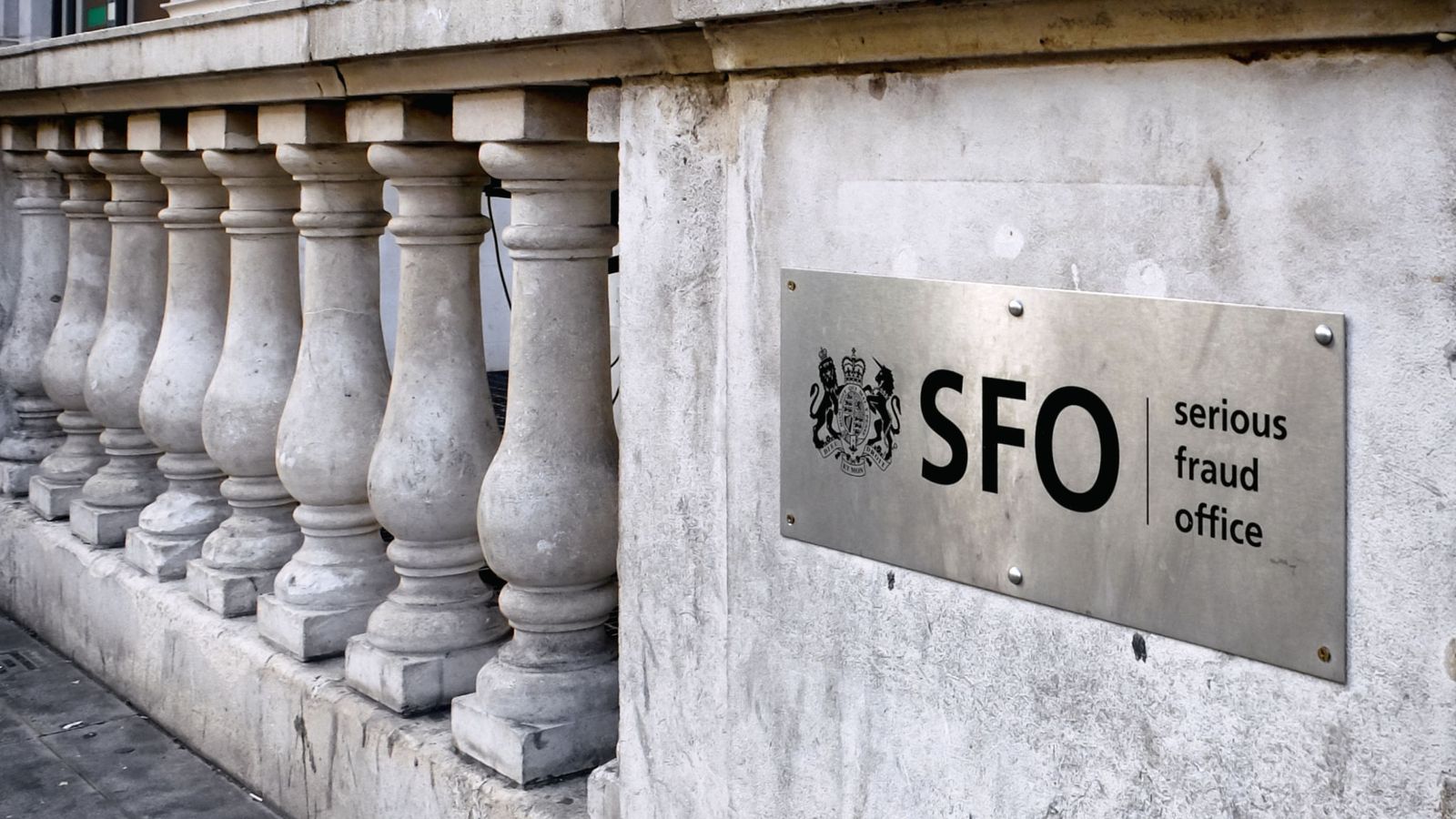 The senior lawyer in charge of one of the Serious Fraud Office’s biggest criminal investigations has been suspended just weeks before the agency’s new director arrives in her post.

Sky News has learnt that Tom Martin‎, who has been managing the SFO’s sprawling probe into Unaoil, a Monaco-based oil consultancy, was suspended within the last few weeks for gross misconduct.

The details of any alleged wrongdoing by Mr Martin were unclear this weekend, including whether or not it relates to the Unaoil case.

Two people close to the SFO said they were aware of rumours of his suspension but that they had not been notified of the reasons for it.

Mr Martin, who has been a case controller and senior lawyer at the fraud-busting agency for just over four years, could not be reached for comment.

Emails to him were responded to with an automatic reply saying: “I am not in the office at present. Please contact a member of the relevant case team for further assistance.”

Mr Martin was previously a lawyer at the Financial Reporting Council, the accountancy watchdog, where he also spent four years.

The SFO’s case against Unaoil is one of the agency’s largest criminal investigations, and has led to a number of charges against the company and individuals in relation to payments made to secure a $733m (£574m) pipeline construction project in Iraq.

Criminal proceedings against the company were launched in June following a two-year inquiry‎ which began after the Melbourne-based newspaper The Age published reports about companies’ use of consultants to win contracts in regions including the Middle East.

The Unaoil case will be among the most important inherited by Lisa Osofsky, a veteran of roles fighting financial crime‎, when she replaces David Green as the SFO’s director, David Green, next month.

The SFO is continuing to proceed with criminal cases against a number of former Barclays directors over its emergency fundraisings during the 2008 financial crisis.

Last month, it applied to the High Court to reinstate charges against the bank itself in relation to the same investigation.

Other blue-chip corporate names which have been targeted by the SFO in recent years include GlaxoSmithKline, Rolls-Royce and Tesco.

The agenc‎y has been facing a battle for survival, with Prime Minister Theresa May a strong advocate of merging it into the National Crime Agency during her previous tenure as Home Secretary.

The SFO has been reprieved, however, and now appears to have been assured of an independent future.

She added: “I didn’t take this job to report to the NCA.”

The SFO declined to comment on Sunday, while Unaoil did not respond to a request for comment.