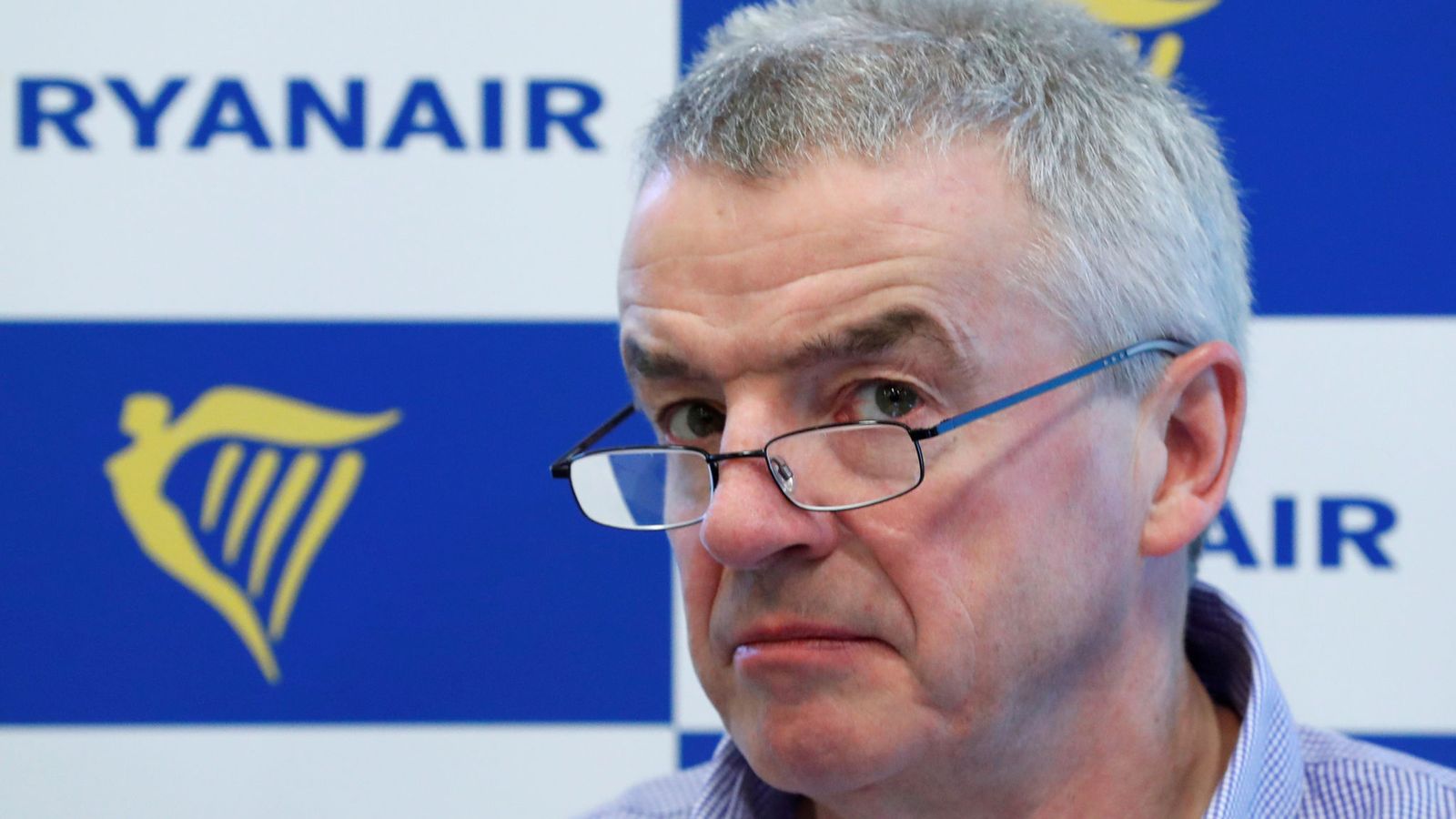 Low-cost airline Ryanair has cancelled 24 flights after a quarter of its Irish pilots went on strike.

The flights that were cancelled on Friday were between Ireland and the UK.

The carrier warned it would cancel another 16 flights next Tuesday if another strike goes ahead.

Friday’s strike is the second by Irish pilots over pay and conditions, and the third to hit Ryanair since the airline recognised unions last December.

The pilots are concerned about promotions, seniority and annual leave, among other things.

In a letter to the Irish Pilots’ union Forsa, Ryanair’s chief people officer Eddie Wilson criticised the union for not responding to its proposals after a meeting on Wednesday.

Ryanair calls on FORSA to call off 24 July strike by less than 25% of our Irish pilots (over seniority & base transfer proposals which they can’t explain and which don’t even affect them): pic.twitter.com/OVse5kmgMi

“Forsa committed to getting back to Ryanair as to how this matter could be resolved so thousands more Irish holidaymakers do not have their peak season travel plans disrupted by a small group of pilots who can’t explain what they want and are unaffected by base transfers,” Mr Wilson wrote.

“It is unacceptable that 24 hours later we have had no response from Forsa, and find ourselves with a threatened third day of strike action next Tuesday.

“Unless we hear back from Forsa by 1900hrs this evening calling off this third unnecessary strike (which is supported by just 25% of our Irish Pilots), we will issue cancellations tomorrow.”

Forsa could not immediately be reached for a comment.

In a separate tweet, the airline said it had “re-accommodated” 50,000 customers whose flights had been cancelled due to a strike by European cabin crews.

The Irish carrier is facing strike action in many of the countries it operates in. Belgian, Portuguese and Spanish cabin crews are to strike on 25 and 26 July.

Update: Over 85% of our 50,000 customers whose flights on July 25th and 26th were cancelled due to a strike by some cabin crew in Belgium, Portugal and Spain, have been re-accommodated on alternative flights, or applied for full refunds.

Ryanair’s refusal to recognise unions was at the heart of the model that transformed the small Irish regional airline into Europe’s largest carrier by passenger numbers.

The airline agreed in December, for the first time in its 32-year history, to recognise unions to avert a costly strike over a rota blunder, which forced it to cancel flights affecting 700,000 customers.