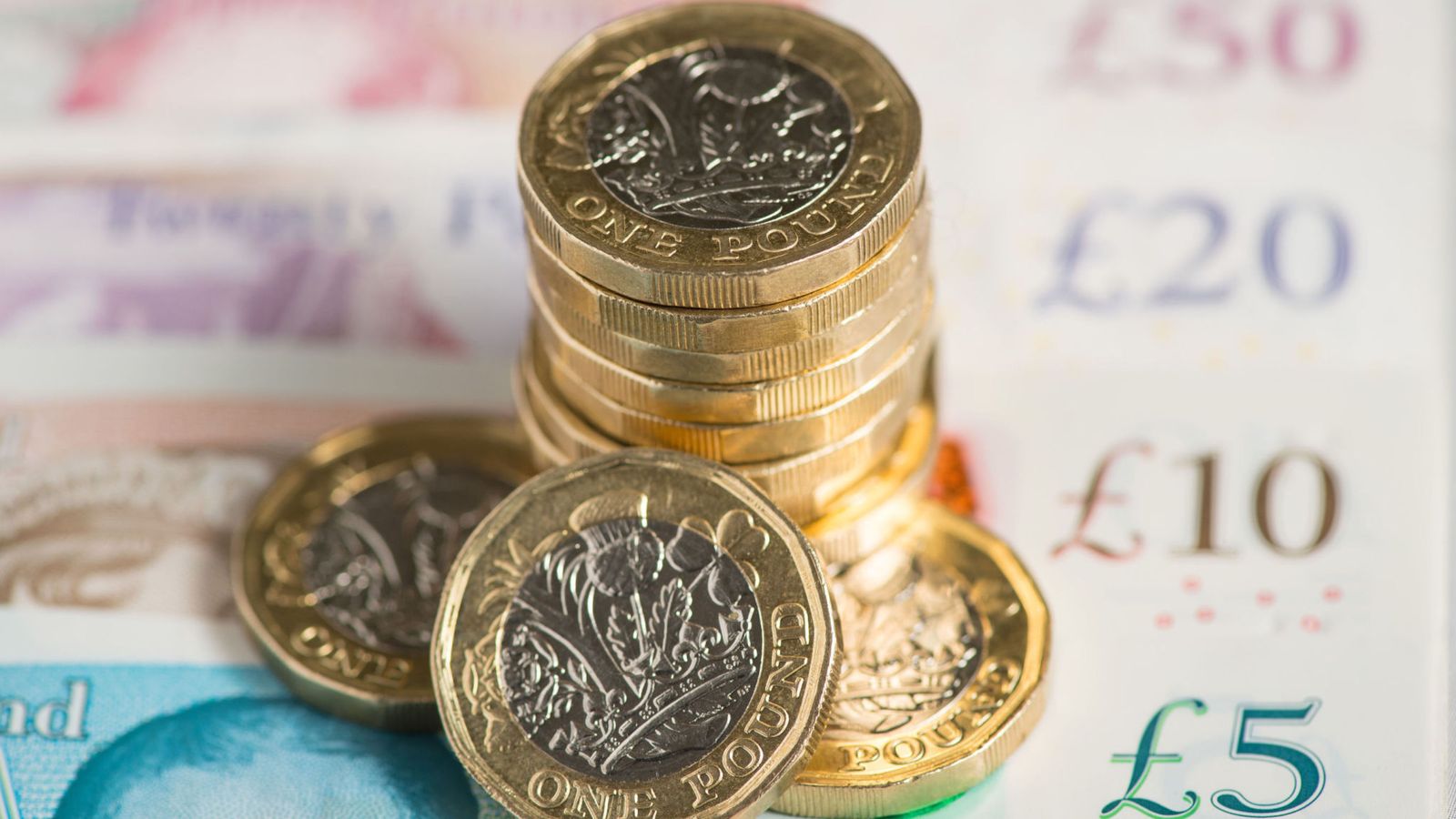 The pound fell below $1.27 against the US dollar for the first time since June last year.

Sterling – already weakened amid political turmoil over the government’s Brexit blueprint – slid to £1.2689 in early morning trade – before recovering slightly to $1.2713.

The move was attributed to the strength of the dollar, with the value of sterling little changed versus the euro.

The drop against the dollar also comes on the back of weaker-than-forecast wage growth figures which were released on Tuesday.

Average weekly earnings, excluding bonuses, rose by 2.7% – unchanged on the month before, according to the Office for National Statistics. Real wages grew by just 0.4% – a slight drop on last month’s 0.5% figure.

Currency markets were expected to closely watch the release of the UK’s July inflation figures.

Earlier this month, the Bank of England (BoE) raised interest rates above their crisis lows for the first time in nearly a decade.

However, BoE Governor Mark Carney warned monetary policy changes need to “walk not run” – suggesting the cost of borrowing will not rise sharply over the next few years.

The pound has been on a downward slide for some time amid fears of a “no deal” Brexit.

Last week, Liam Fox, the international trade secretary and prominent Brexiteer, put the odds of the UK leaving the EU without a deal at “60-40”.

Dr Fox’s comments came after Mr Carney also warned the risk of the UK leaving the EU without a deal was “uncomfortably high”.

Nick Smyth, an interest rate strategist at BNZ Markets in Wellington, said: “With the Bank of England unlikely to raise rates for some time (the market prices the next hike for 12 months’ time), UK economic data will be a second-order consideration for the pound compared to Brexit negotiations for now.”