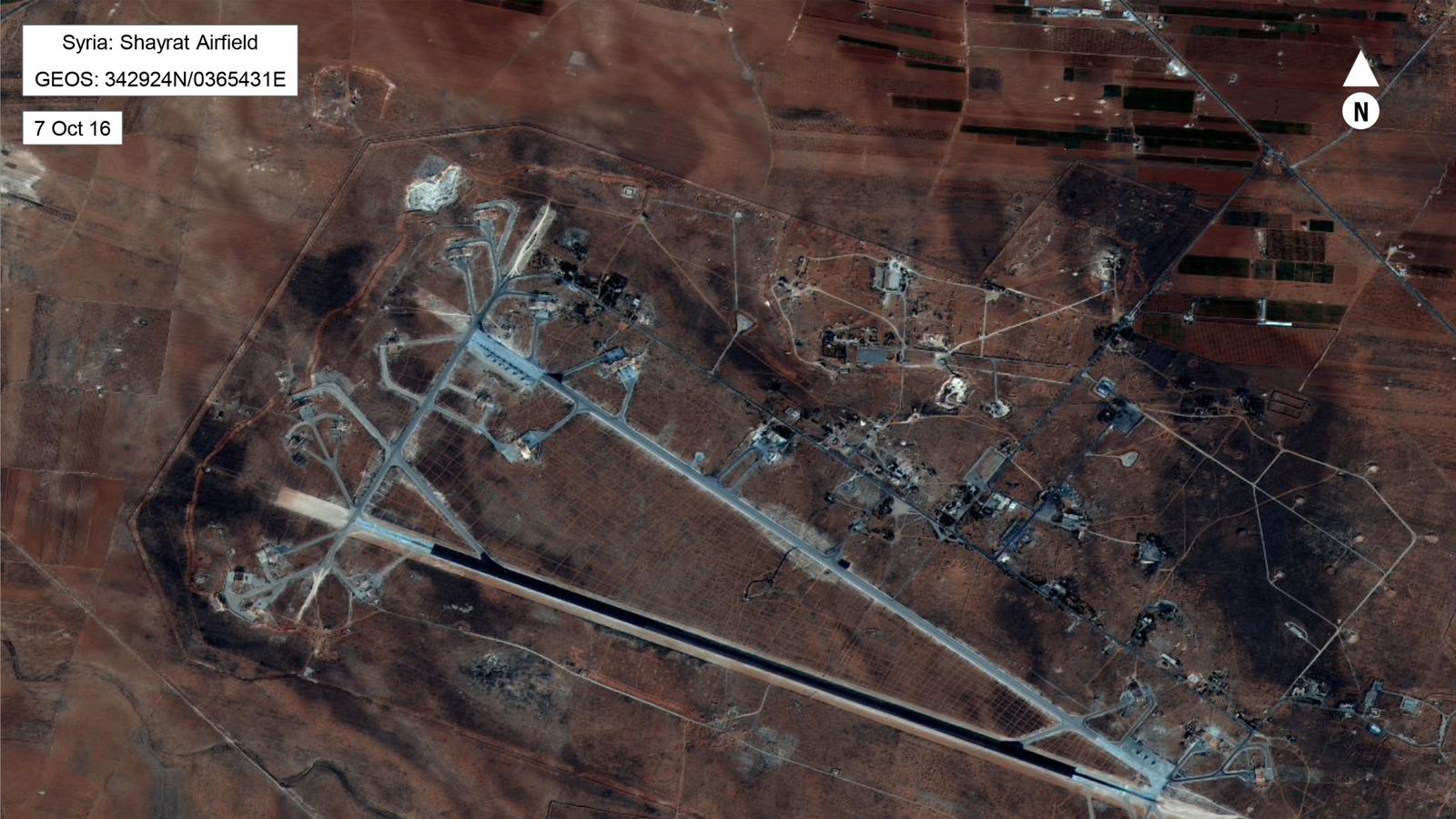 Syrian government troops have shot down missiles fired at two airbases in the country, according to state TV.

The reports said the missiles had targeted Shayrat airbase in Homs province and Dumair military airport, northeast of Damascus, late on Monday night.

It is unclear who was behind the attack, but the US said its military was not involved.

Shayrat was hit last year by US cruise missiles, launched in response to a chemical attack that killed at least 70 people in the rebel-held town of Khan Sheikhoun.

Dumair is used by Syria’s military to support the campaign against rebels in eastern Ghouta.

It comes just days after the UK, US and France launched airstrikes on three targets following the latest alleged chemical attack by the Syrian regime in Douma.

But US Pentagon spokeswoman Heather Babb said: “There are no US or coalition operations in that area.”

There has been speculation that Israel launched the strikes.

An Israeli military spokesman said: “We don’t comment on such reports.”

Israel’s main concern in Syria is the growing influence of Iran, which it says supplies weapons to Hezbollah from inside the country.

Israel has struck Syrian military targets before and was blamed for strikes earlier this month on the T4 air base in Homs.

That attack killed four Iranian military personnel – but Israel did not confirm or deny involvement.

Russian foreign minister Sergei Lavrov described it as a “provocation” and a “very dangerous development”.