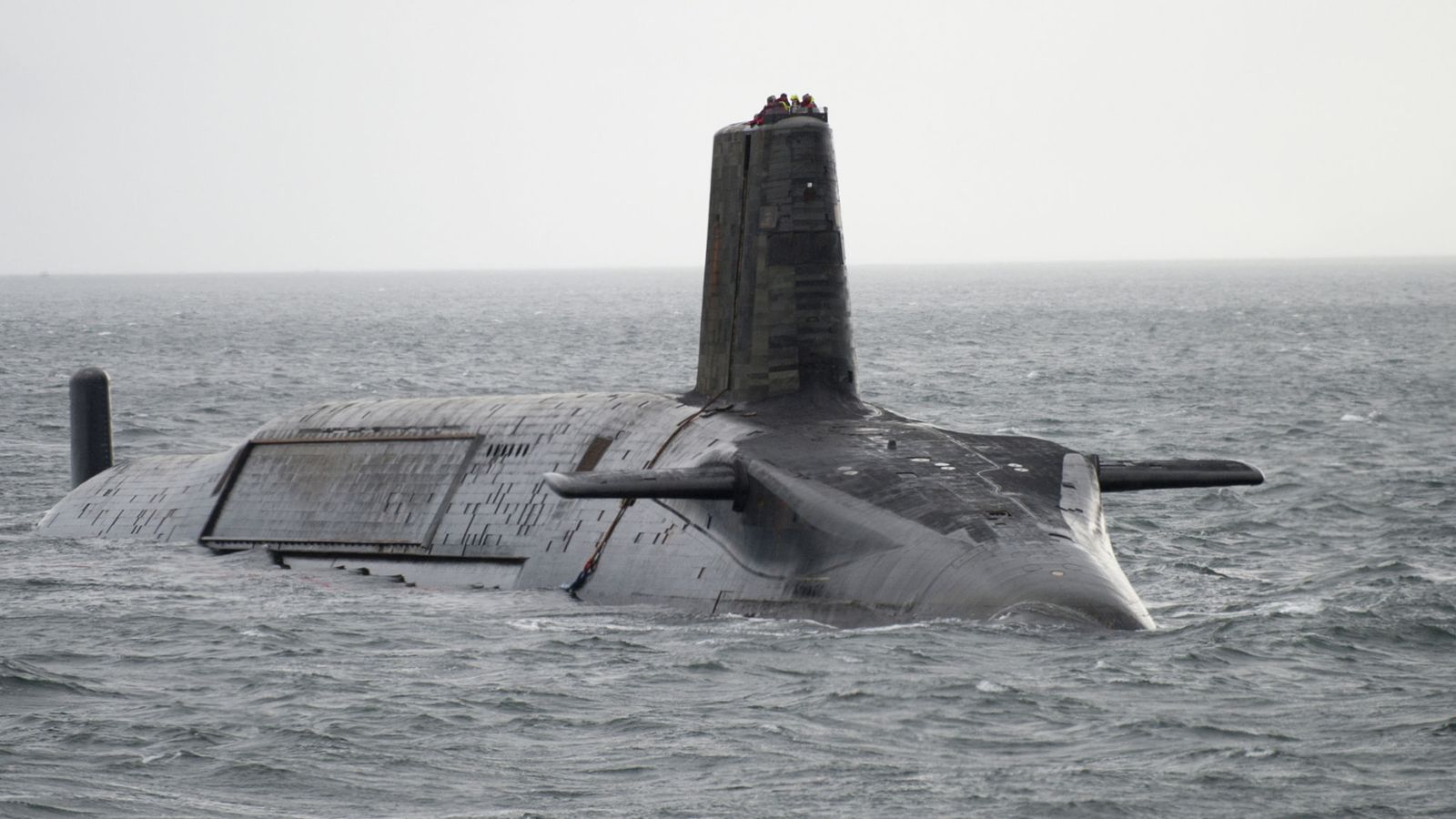 A trio of British industrial titans are pushing for a management overhaul at Sheffield Forgemasters, a private manufacturer which has a vital role in the UK’s nuclear submarine programme.

Sky News has learnt that BAE Systems, Babcock International and Rolls-Royce Holdings are engineering the search for a successor to Graham Honeyman, Forgemasters’ chief executive and majority shareholder.

The process is already underway, and comes as the Yorkshire-based steelmaker also hunts for a new chairman.

Sources said this weekend that the Ministry of Defence (MoD) was being kept informed about the prospective management overhaul.

A number of candidates, including at least one former BAE Systems executive, are understood to have been identified for the role.

They added that the trio of industrial giants were also pressing for a new business plan at Forgemasters, which has been affected by the wider steel industry downturn.

BAE, Babcock and Rolls-Royce exert significant influence at Forgemasters because of an arrangement in place since 2016 for them to underwrite £30m of loans to the Sheffield company from the US bank Wells Fargo.

Those arrangements are due to expire in July 2019, and are unlikely to be renewed without significant changes to Forgemasters’ management.

Dr Honeyman owns the majority of Forgemasters’ shares, with many of its 680 staff also holding equity.

It was unclear this weekend whether Dr Honeyman was involved in the process of identifying a new chief executive.

The company has not paid a dividend since 2005, according to a spokesman, because all profits have been reinvested in the plant, which makes a range of highly specialist steel products.

However, the financial health of Sheffield Forgemasters, which has a vital role in the supply chain for the Trident nuclear submarine programme, has been a long-standing concern.

In January 2016, Submarine Enterprise Partners – the entity responsible for delivering the replacement fleet of nuclear submarines and in which BAE, Babcock and Rolls Royce are the corporate stakeholders – provided guarantees for around £30m of loans to Sheffield Forgemasters.

That move underlined the critical nature of the reactor casings made by the Yorkshire-based company for Britain’s nuclear submarines.

The MoD is said to have intervened to negotiate a solution following an approach, revealed by The Sunday Times, from a Chinese state-backed steelmaker, which wanted to invest in Sheffield Forgemasters – a prospect which caused deep unease in Whitehall.

Trident’s cost has been a source of long-running conflict in Whitehall, with the MoD and Treasury frequently at odds over which should bear the financial burden of funding the UK’s nuclear deterrent.

Sheffield Forgemasters traces its roots back to 1805, making it one of Britain’s oldest surviving industrial groups.

That followed several years in the red, which prompted a wave of redundancies at the company.

Forgemasters’ figures for 2017 are not yet available, but insiders suggested the company had been affected by a number of “operational integrity issues”.

In May, Tony Pedder retired as Forgemasters’ chairman after more than a decade in the role.

A successor has yet to be named.

Forgemasters has had occasional brushes with political controversy, after Nick Clegg and David Cameron – the former deputy prime minister and ex-prime minister respectively – were linked to decisions about Government grants and loans to it.

The Forgemasters spokesman said “nothing had been announced” in relation to Dr Honeyman’s position, and said he could not be reached for comment because he was travelling.

BAE, Babcock and Rolls-Royce all declined to comment, while the MoD did not respond to a request for comment.