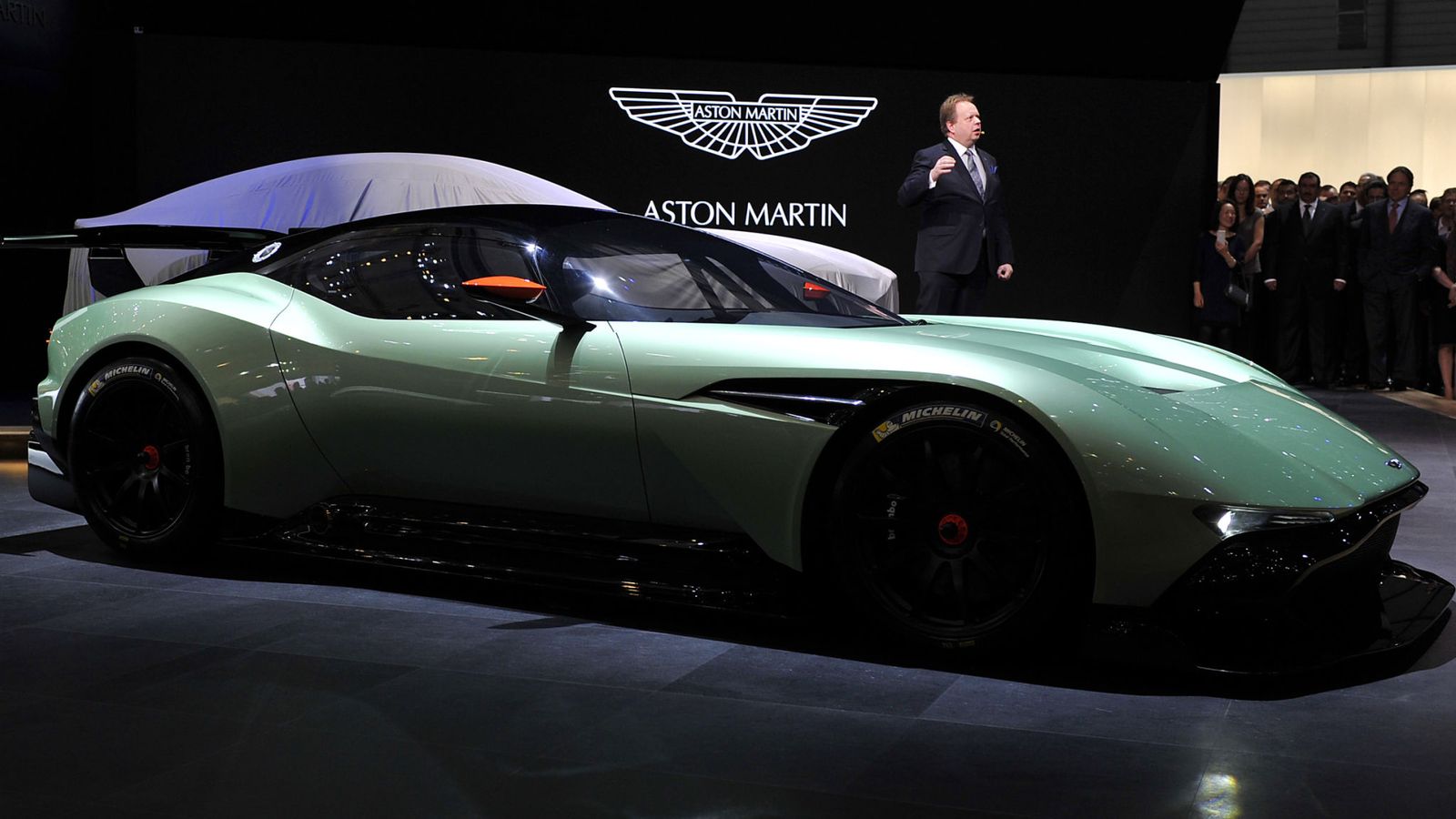 A former Coca-Cola executive who is one of Britain’s most experienced boardroom figures has been lined up to steer Aston Martin’s £5bn drive onto the London stock market.

Sky News can exclusively reveal that Penny Hughes will become the first female chair of a British car-maker when the luxury marque lists its shares in the coming weeks.

A formal intention to float announcement by the maker of the Vanquish S, DB5 and Lagonda, which will disclose Ms Hughes’s appointment, is expected to be published next week.

Her arrival in the Aston Martin Holdings boardroom, alongside a slate of other heavyweight business names,‎ is intended to signal the company’s commitment to corporate governance standards befitting its premium listing.

Ms Hughes, a former chair of the remuneration committee at Royal Bank of Scotland, has been a director of companies including Cable & Wireless Worldwide, Reuters Group, Wm Morrison and Vodafone.

She now chairs The Gym Group and iQ Student Accommodation, a privately owned business backed by Goldman Sachs, and sits on the board of Superdry, the fashion brand.

If Aston Martin is ultimately included in the‎ FTSE-100 index, it would make Ms Hughes one of just a handful of female chairs of the UK’s biggest quoted companies.

A source said this ‎weekend that Ms Hughes had yet to formally sign up to the role, but that she was expected to do so imminently.

Aston Martin, which is owned by Italian and Kuwaiti shareholders, curre‎ntly has an all-male board and is expected to add more women as directors in due course.

The Government has embraced a drive for listed companies to diversify their boardrooms‎, although figures continue to show only sluggish growth in the number of female chairs and executive directors on blue-chip boards.

The listing of James Bond’s favourite car marque, with a valuation of up to £5bn, is one of the most eagerly awaited floats for years.

Roughly £1bn of shares are being sold by existing investors in the company, which has been bankrupt on seven separate occasions.

Andy Palmer, Aston Martin’s chief executive, has described its impending initial public offering as a “milestone” that would deliver an independent British car company to the public markets for the first time in many years.

The shares, which will begin trading within weeks, are expected to be priced by bankers as a “luxury” item with an “aspirational” valuation.

Last month, the company published results‎ showing an 8% rise in revenues and a 14% rise in adjusted earnings before interest, tax, depreciation and amortisation to £106m in the first half of the year.

Aston Martin’s IPO will include a special right for customers and employees to buy shares at the offer price.

One of its other new board members is expected to be Richard Solomons, the former chief executive of Intercontinental Hotels Group.

The company’s shareholders had also studied New York as they seek a luxury goods valuation similar to that achieved by Ferrari, the US-listed Italian car marque.

Gaydon-based Aston Martin has been driving towards an IPO by unveiling a stream of new vehicles, including plans to revive its Lagonda brand as an all-electric marque at the Geneva Motor Show earlier this year.

Mr Palmer said that revamp would “appeal to people other than traditionalists, such as those who want to upgrade from a Tesla”.

In an effort to embrace growing demand for electric vehicles, Aston Martin has said that each of its models will be developed with hybrid technology or full battery power by 2025.

Aston Martin, which faced years of financial struggles, has delivered a turnaround in its financial performance, to the relief of its main shareholders, ‎Italy’s Investindustrial and Investment Dar, a Kuwaiti vehicle.

Daimler, the German car manufacturer which owns Mercedes-Benz, also holds a small stake, which it says it intends to keep after the IPO.

The manufacturer of the DB11, Vantage and Rapide models has also drawn up plans to enter the lucrative SUV market, with the DBX expected to go on sale in 2020.

Its growth prospects have been spurred by its strong performance in overseas markets including China, where it plans to open 10 new showrooms.

The car-maker announced the expansion during Theresa May’s trade visit to China this year, when she was joined by bosses including Mr Palmer.

Deutsche Bank, Goldman Sachs and JPMorgan have landed the prized roles of joint global coordinators on the IPO, while Bank of America Merrill Lynch, Credit Suisse, HSBC and Unicredit have roles as bookrunners.

A further four firms have been appointed as co-lead managers, while Lazard is acting as adviser to Aston Martin’s board.

A spokesman for the company declined to comment this weekend on Ms Hughes’ appointment.