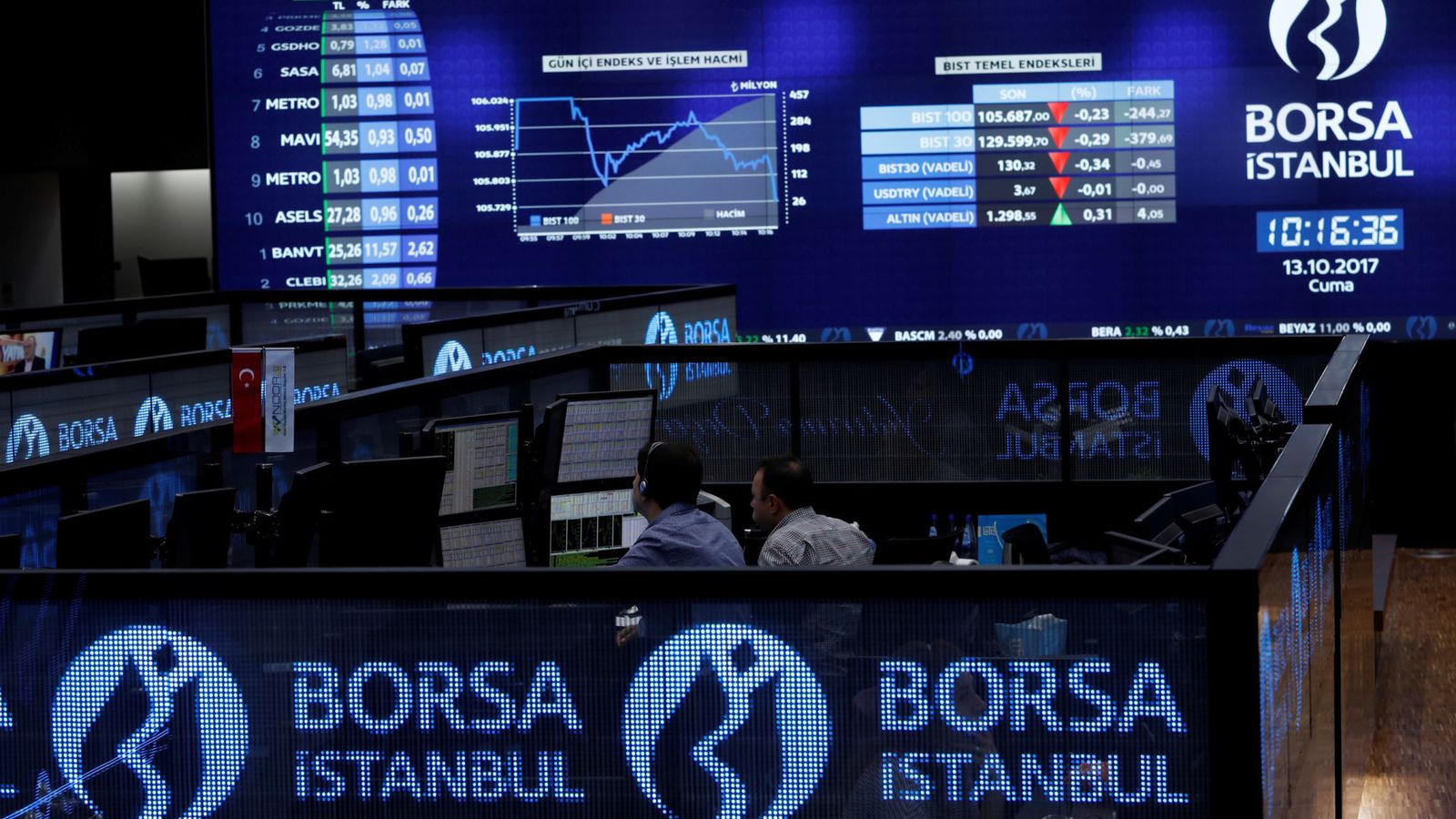 What do South Africa and Mexico have to do with the current crisis engulfing the Turkish lira?

However, the currencies of both countries, along with those of other emerging markets such as Indonesia, India and Russia, have all found themselves under pressure, reflecting how contagion can spread through markets in the most unexpected of ways.

Turkey has found itself in the firing line for a number of reasons, including concerns over President Recep Tayyip Erdogan’s growing influence over the country’s central bank and his recent diplomatic spat with the United States, which has just increased tariffs on Turkish steel and aluminium.

Nothing to do with the likes of South Africa or Indonesia, you might think.

Except that the fall in the Turkish lira, which earlier on Monday fell by a further 11% against the US dollar to take its fall this year to more than 40%, has focused the minds of investors on what other economies may have similar characteristics, such as high levels of corruption and an unwillingness to tackle it among the political elite, or a high current account deficit and excessive reliance on overseas investors.

Several of the countries whose currencies have fallen during the last week or so, such as South Africa, all share some or all of those characteristics.

South Africa’s current account deficit, for example, is 5.3% of GDP – not far off the Turkish level of 7.1%.

The rand fell by almost 3% on Monday against the US dollar and has fallen by 9% against the greenback since the beginning of August.

Turkey also depends heavily on energy imports, making it vulnerable to rises in oil prices, as are the likes of India.

Countries that, like Turkey, have large amounts of debt denominated in foreign currencies are especially in the firing line.

Hungary, for example, has seen its currency, the forint, fall by nearly 4% against the US dollar since last Wednesday.

Poland, more than half of whose government, household and corporate debt is denominated in foreign currencies, has seen the zloty fall by almost as much since the beginning of August.

Other countries have also been hit to an extent, such as Indonesia and Argentina, both of which have relatively high levels of household, corporate and government debt denominated in foreign currencies.

Both are also no strangers to seeing their own currencies savaged by the market.

Yet both have avoided the shellacking meted out to the Turkish lira because their central banks have shown a willingness in recent months to respond to drops in their currency (a weaker currency means higher imported inflation) by raising interest rates.

Indonesia’s central bank was also intervening in foreign exchange markets on Monday to defend the rupiah.

Turkey’s central bank, perhaps under the influence of a president who has declared himself an “enemy” of higher interest rates, is yet to raise interest rates in response to the crisis.

Also caught up in the sell-off is Russia’s ruble, which today hit its lowest level against the US dollar since April 2016 and its lowest level against the euro since April this year, partly reflecting the high amount of borrowing in foreign currencies by Russian corporates, but also concern about the damage that the latest round of US sanctions against Moscow – imposed in the wake of the Salisbury poisonings – will do to the country’s economy.

In some cases, investors are simply looking for an excuse to take money off the table, as appears to be the case with Mexico.

Investors who were initially rattled by the election of the new left-wing president, Andres Manuel Lopez Obrador, have been prepared since his victory on 1 July to give him the benefit of the doubt following reassurances that he would not let government spending rip and run policies that continued to be business-friendly.

Yet the Mexican peso is down by more than 4% since last Wednesday.

Similarly, the Vietnamese dong, which has been deemed as exposed to an intensification of hostilities between the US and China over trade, also fell to a new all-time low against the dollar on Monday, with traders happy to seize on any excuse to sell.

Another factor to bear in mind, though, is that – as with the pound – some of these currency falls may appear more intense because of the US dollar’s current strength.

The contagion is also spreading via mechanisms other than the currency markets.

As was the case during the various Greek sovereign debt crises in recent years, shares of various European banks that are believed to have high levels of exposure to Turkey, such as BBVA of Spain, BNP Paribas of France and UniCredit of Italy, have also seen their shares hit.

In short, there is an aversion risk across the board right now when it comes to emerging markets, possibly exacerbated by thin trading volumes during the summer lull.

Such sell-offs are not uncommon during the summer – there was one this time last year prompted by concerns over North Korea – but investors are, nonetheless, very alert to the fact that most stock markets in western countries are now in their tenth year of the current bull run that began in March 2009.

The cycle is, in the jargon, ‘late stage’ and so any sign of danger will be an excuse to sell assets that appear at all risky.