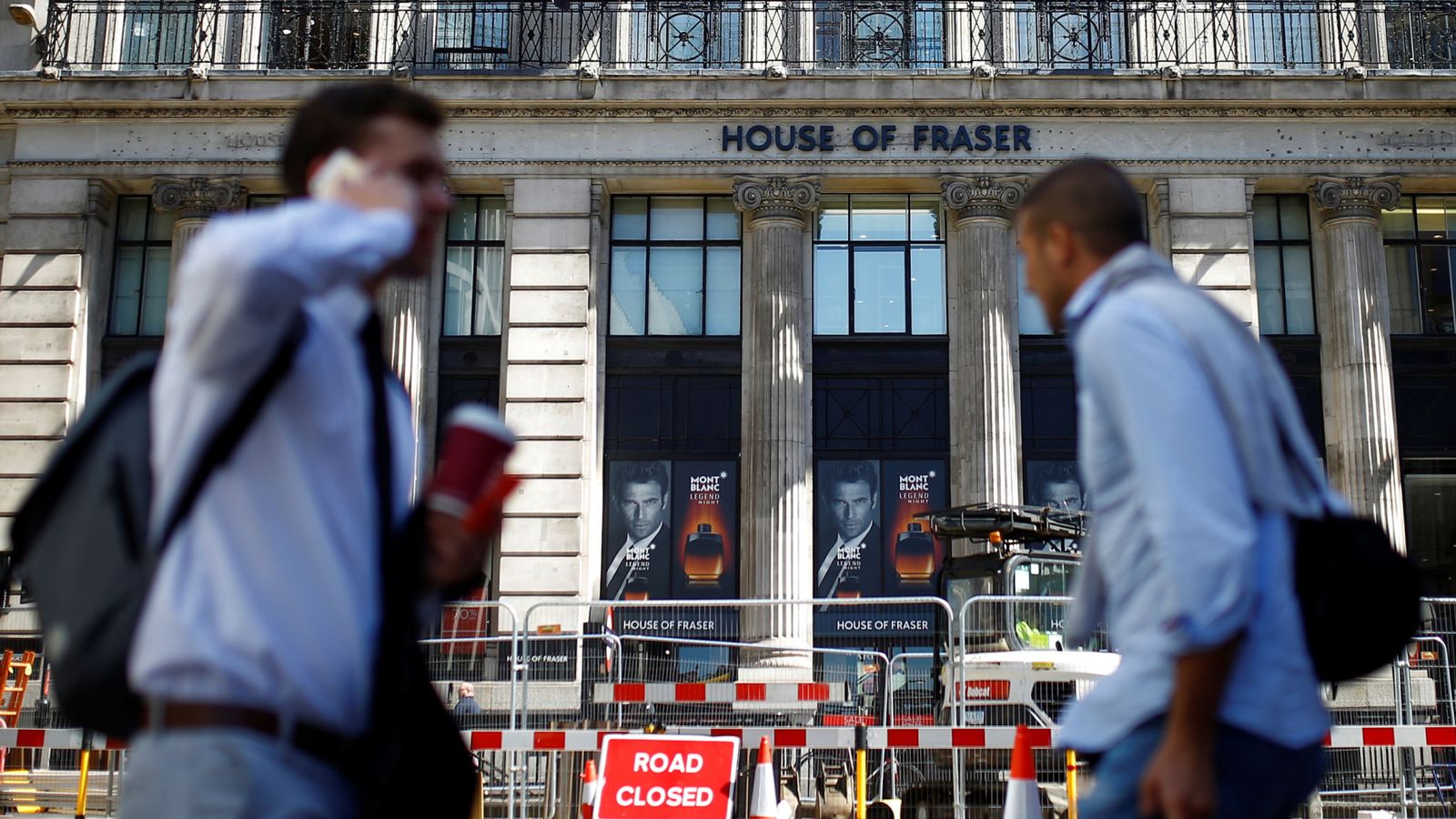 Bidders for the ailing department store chain House of Fraser (HoF) were told to submit final offers for the chain on Thursday morning as creditors to one of Britain’s oldest retailers prepare to determine its fate.

Sky News has learnt that the billionaire tycoons Mike Ashley and Philip Day, and the retail turnaround fund Alteri Investors, were asked to submit “best and final” offers to PricewaterhouseCoopers (PwC) before lunchtime.

PwC, which is advising HoF’s lenders and bondholders, is expected to outline a preferred option to the chain’s board, controlling shareholder and advisers later on Thursday, although sources close to the process cautioned that the timetable could slip given the complex nature of the bids.

A public statement about HoF’s future is thought to be unlikely before Friday.

The advanced nature of the talks will prolong a sense of hope among the 17,500 staff who work for HoF and the concessions in its stores that a substantial number of jobs can be salvaged.

More than 6,000 roles have already been earmarked to be lost as part of a controversial process which was subject to a now-settled legal challenge from some of HoF’s landlords.

Sky News reported on Wednesday that Mr Day’s takeover proposal would see 169-year-old HoF avoiding a pre-pack administration – an unexpected outcome after weeks of predictions that the chain’s only route through its funding crisis would be a form of insolvency.

Sources said that Mr Day’s Edinburgh Woollen Mill Group (EWM) had been pressed to structure its offer as a pre-pack, but a person close to the businessman insisted that his bid remained a solvent one.

That would entail EWM honouring HoF’s existing pension obligations, whereas Mr Ashley’s proposal is thought to involve putting HoF through a pre-pack administration – a process which allows a buyer to leave liabilities such as a company’s pension schemes behind.

Details of a third bid from Alteri were unclear, and there remains a possibility that another offer could still emerge.

The denouement of a tussle over the fate of one of the UK’s best-known retailers follows a frantic scramble for cash following the decision of Hamley’s Chinese owner, C.banner International, to abandon a £70m rescue package for HoF last week.

Without £40m of new funding by 20 August to pay concession operators, HoF would be unable to survive, with further money required to meet the chain’s £5m-a-month rent bill.

There remains a possibility that HoF’s creditors will decide not to pursue any of the offers on the table, meaning an instant collapse into administration and no guarantee that parts of the company can be saved.

So far this year, Maplin, Poundworld and Toys R Us UK have all fallen into administration, triggering about 10,000 job losses.

Numerous other chains have launched Company Voluntary Arrangement mechanisms to raise hopes of their survival, but at the cost of thousands more jobs.

HoF’s collapse would dwarf those of its rivals, however, and the company’s board is said to be cautiously optimistic that a rescue deal will emerge before the weekend.

Sources said that Mr Day, who has used a canny series of takeover swoops to amass one of Britain’s largest retail empires, was the preferred bidder of at least one of the major creditors.

Others are thought to be leaning towards Mr Ashley’s offer to pave the way for him to pursue his long-held ambition to own a large department store chain.

Mr Day, who is based in Dubai, is little-known beyond his company but has grown in prominence through the acquisitions of brands such as Austin Reed, Jaeger, Jane Norman and Peacocks.

Globally, Mr Day’s business employs 24,000 people, the vast majority of whom are in the UK.

Mr Ashley, who already owns an 11% stake in HoF, is regarded as being in a strong position to take control of HoF, either solvently or after it falls into administration.

He has made little secret of his interest in owning HoF outright, having tried to buy it in 2014, when the current owner Sanpower gained control.

Under his stewardship, Sports Direct has accumulated stakes – often through complex financial instruments – in a number of British high street chains, including HoF’s rival, Debenhams, and French Connection.

Retailers have become casualties of a tough market characterised by rising costs combined with caution among British shoppers.

HoF, one of the best-known names in the British retail industry, has been living a hand-to-mouth existence for some time, with its shareholders periodically providing it with multimillion-pound sums to enable it to pay landlords and concession operators.

Last year, it lost nearly £44m as pressure mounted on the business.

The company is carrying ‎hundreds of millions of pounds of debt, including a bond worth about £125m and roughly £250m of bank debt from HSBC and Industrial and Commercial Bank of China.

In a statement to the Luxembourg Stock Exchange, the company said: “House of Fraser confirms that discussions continue with interested investors and its main secured creditors, which are focused on concluding as quickly as possible to enable receipt of an investment required by no later than 20 August 2018.”

A spokesperson for Mr Day declined to comment, while Mr Ashley and Alteri could not be reached.