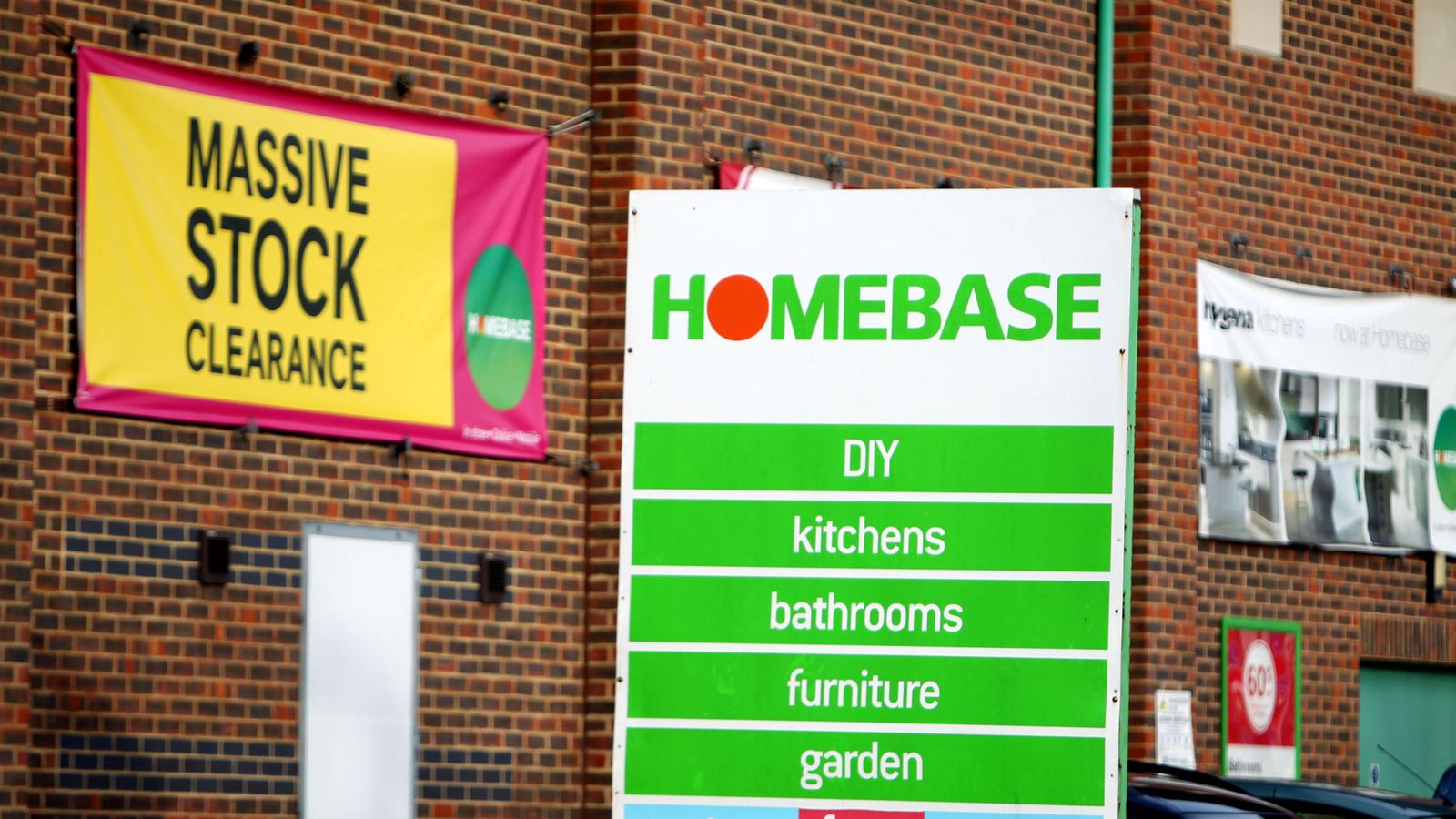 Homebase was put up for sale by its Australian owner earlier this year, just two years after completing a £340m takeover.

Sky News learnt on Thursday that Hilco Capital had edged ahead of rivals after convincing management about its plan for Homebase, which is losing about £20m a month.

Australia’s Wesfarmers said it expects to record a loss on the disposal of £200m to £230m.

Its been a disastrous foray into the UK market for Westfamers, which was hoping to use the purchase of Homebase to take on Britain’s biggest DIY chain B&Q.

Wesfarmers was forced to write off £500m after ditching some of Homebase’s popular products. Its initial acquisition coincided with a downturn in the UK retail sector, which has seen many high street names close stores.

Wesfarmers managing director Rob Scott said: “The investment has been disappointing with the problems arising from poor execution post-acquisition being compounded by a deterioration in the macro environment and retail sector in the UK.”

A sale to Hilco will be painful for an unknown number of Homebase’s creditors and 11,500 workers, with store closures, an insolvency process called a company voluntary arrangement and disposals all among the likely options to be pursued.

Thousands of Homebase jobs are ultimately expected to go despite the sale going through.

Hilco bought HMV, the music and entertainment products retailer, from administrators in 2013, and has revived the business, albeit with a reduced high street presence.

Its plans for Homebase are unclear, although the scale of its financial travails means a new owner will have to act swiftly to staunch the bleeding from one of the most disastrous takeovers in British retail history.

Under the terms of the agreement, Wesfarmers could recoup some of its losses should Homebase be sold on. It would be entitled 20% of any equity distribution from the business.

Wesfarmers hopes to complete the sale by 30 June.