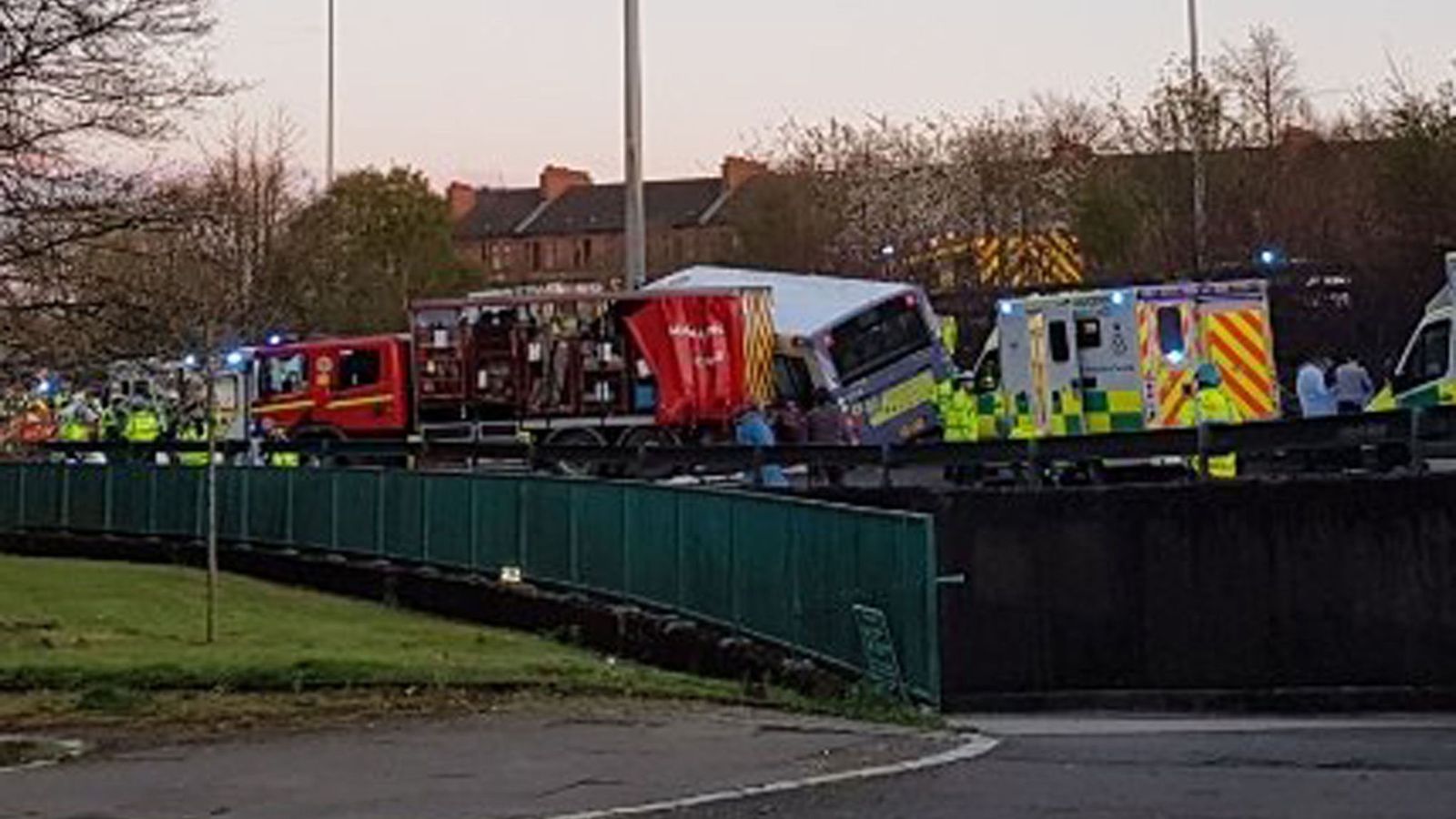 Eighteen people were injured after a bus mounted an embankment and overturned in Glasgow.

One person is said to be in critical condition and two others are in a serious condition following the crash on a slip road near the Clyde Tunnel at around 7pm on Sunday.

Five other people, including the driver of the bus, are said to be in a stable condition, while the remaining 10 were treated for minor injuries at the scene.

The single-decker First Bus overturned on the A739 slip road from the Clyde Tunnel heading to the city’s west end.

Photos on social media showed passengers being treated at the roadside with emergency services in attendance.

A Scottish Fire and Rescue Service spokesman said: “Operations Control mobilised a number of fire engines to the A814 slip-road, near the Clyde Tunnel, Glasgow.

A Police Scotland spokeswoman said a full investigation will be carried out into the cause of the crash.