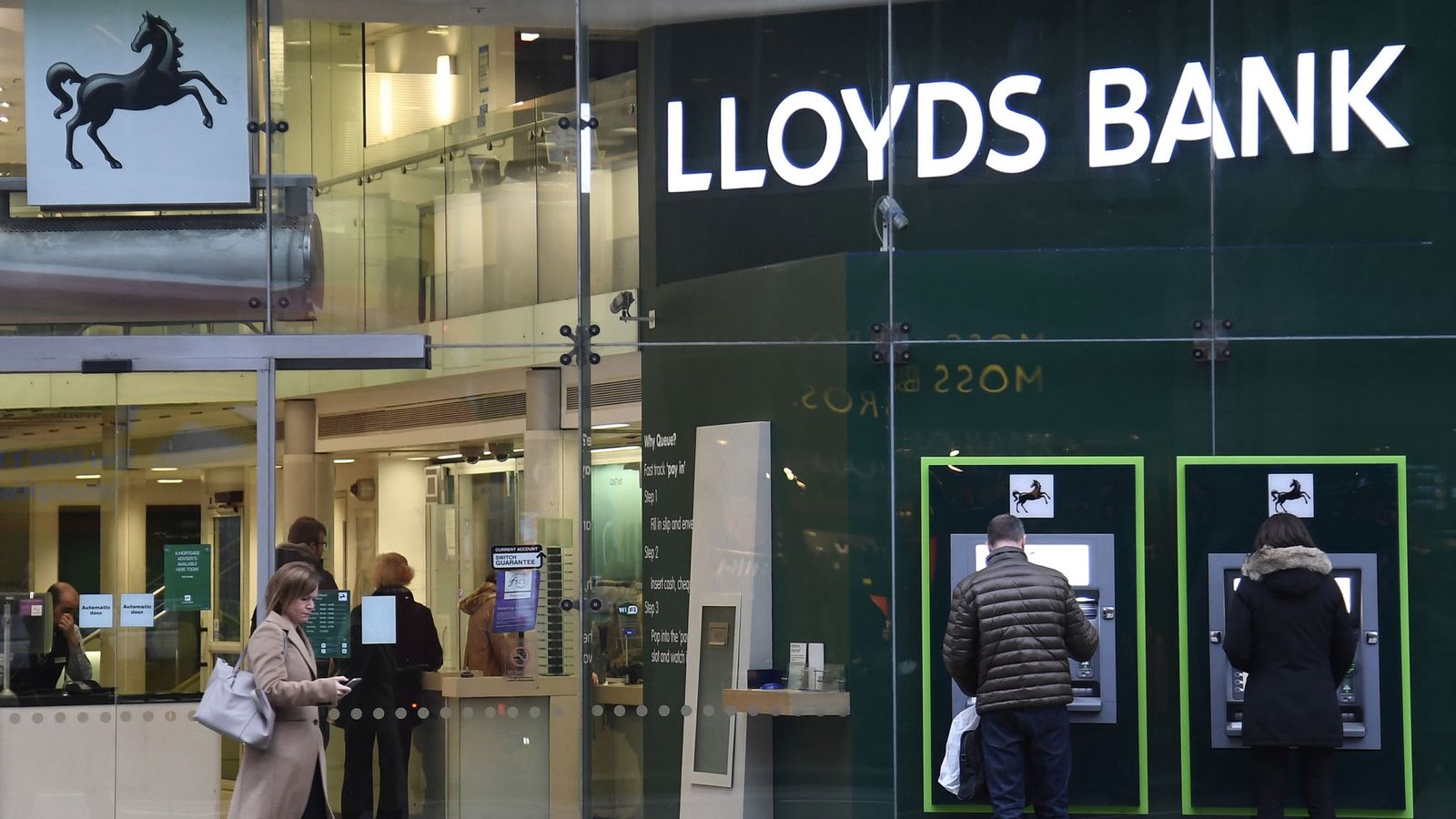 Sky News has learnt that Lloyds Banking Group‎ is preparing to ask Deloitte to put itself in a position to take on its audit from 2021, with a formal tender process expected to get underway in the coming months.

While Deloitte has not been guaranteed the role, conflicts involving the other so-called ‘big four’ accountancy firms have left it as the only viable option for Lloyds, according to insiders.

The situation is expected to pile fresh pressure on regulators to tackle the structure of Britain’s audit market, with talks scheduled to take place next Tuesday between the Competition and Markets Authority and the ICAEW, which represents the profession.

The Times reported on Saturday that the nine biggest firms had to agree to propose ‎a cap on the number of FTSE 100 companies that any single accountancy firm can audit.

One senior figure dismissed as “nonsense” the idea that the leading auditors were trying to “stave off” a competition inquiry.

“The work we are engaged in now is about informing regulators’ work, not to prevent them from doing it.”

Lord Tyrie, the CMA’s new chairman and former head of the Treasury select committee, has previously criticised the structure of the market.
‎
Lloyds’ switch from PricewaterhouseCoopers (PwC) will end the UK’s longest-running audit relationship, with its accounts having been overseen by the firm or its predecessor entities since 1865.

Under European Union rules, the bank must rotate its auditor in time for the 2021 financial year, having reappointed PwC in 2014 for a further five year-period starting with the 2016 audit.

Sources said this weekend, though, that Lloyds had effectively been left with a choice of one because of the particular set of circumstances which will rule out other ‘big four’ firms.

KPMG was described by City insiders as a “non-starter” because of its role as the auditor of HBOS, which Lloyds TSB bought during the 2008 banking crisis.

Although KPMG was cleared last year by the Financial Reporting Council (FRC), the accountancy regulator, over its HBOS work, MPs have called for a further investigation into the fraud affecting customers at the bank’s branch in Reading.

The other member of the quartet which dominates the audit profession, EY, would be unlikely to take on the Lloyds audit because it already supervises the accounts of Royal Bank of Scotland, the Co-operative Bank, Standard Chartered and several other major British-based lenders.

“The concentration risk with appointing EY would probably be too big an issue to overcome,” said one person close to Lloyds.

The UK’s biggest high street bank, which is run by chief executive Antonio Horta-Osorio, could theoretically select an auditor from outside the leading quartet.

However, this idea was described as impractical and extremely unlikely by market sources.

Grant Thornton has already removed itself from the market for tendering for major listed company audits, citing the dominance of the big four.

Other firms outside the big four, such as BDO, are viewed as having insufficient scale to handle an audit of the size of Lloyds’.

Deloitte‎ undertakes a significant amount of non-audit work for Lloyds, including on technology and systems-related projects, some of which it may be forced to relinquish if it does take on the bank’s audit mandate.

KPMG was fined £2.1m by the FRC this week for breaching those guidelines in relation to its work for Ted Baker, the fashion retailer.

In its annual report, published earlier this year, Lloyds said: “PwC was re-appointed as auditor with effect from 1 January 2016 following a tender process conducted in 2014 in respect of the audit contract for the 2016 financial year.

“There will be a mandatory rotation for the 2021 audit, and a competitive tender process will be conducted in advance of this time, if not earlier.”