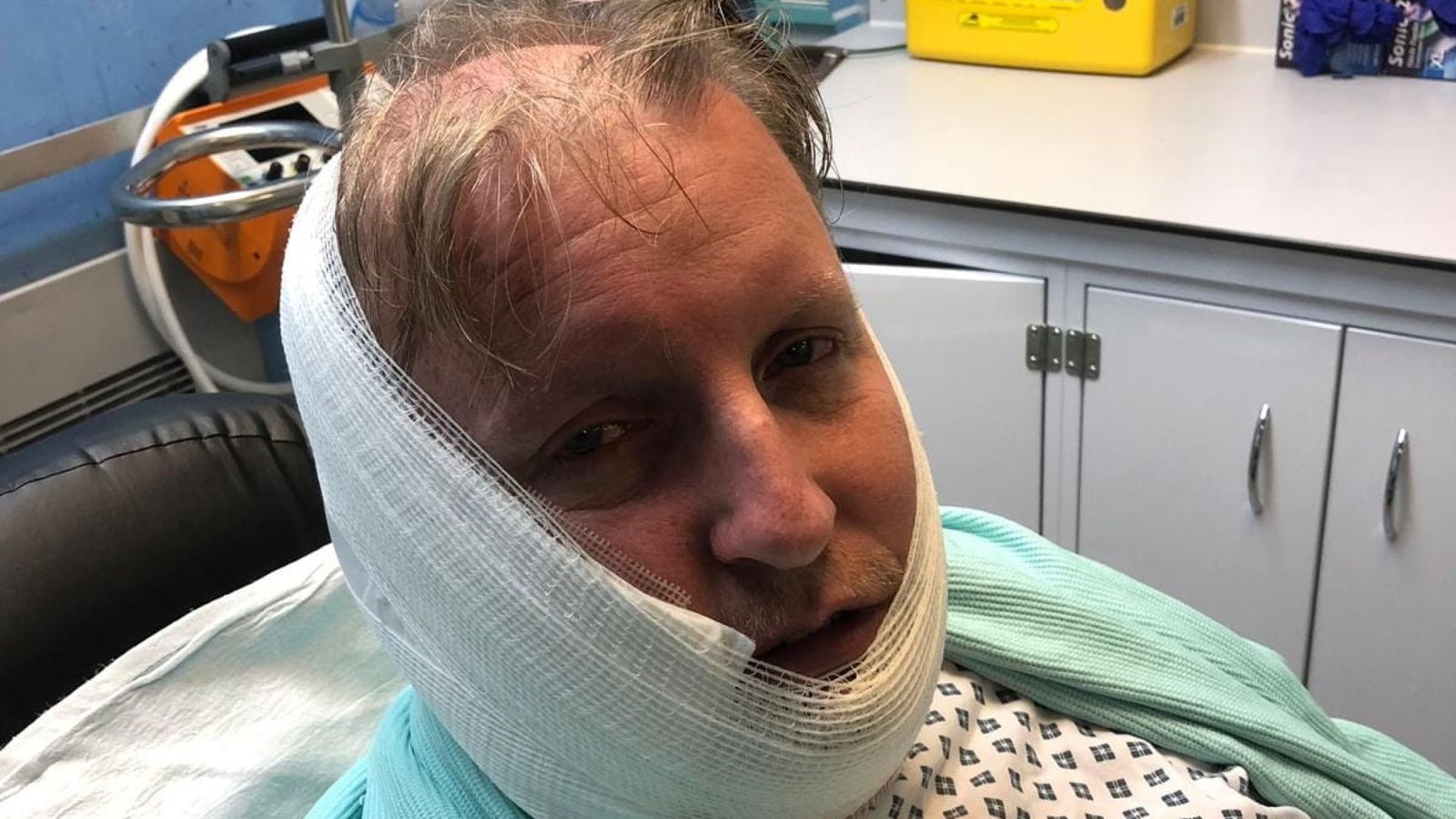 A man who had acid thrown at his face while he sat in his car on a busy street has made a direct plea for information from his hospital bed.

Mike Glover-Johnson posted a picture of himself on Facebook wrapped in a facial bandage following the incident on Bloxwich High Street, near Walsall, West Midlands, at around 6.50pm on Sunday.

He was sitting in his parked car at the time when he was approached and had a corrosive substance hurled in his face.

He was rushed to hospital after suffering facial injuries.

In his online post, he wrote: “Any witnesses to me being randomly attacked with acid on Bloxwich high street thus (sic) evening please contact police on 101.

“Thankfully people helped and their quick reactions may have stopped permanent scarring. Thank you Lee Glover-Johnson for being by my side.”

A West Midlands Police spokesman said: “The investigation is at an early stage, the motive is unknown and police are keeping an open mind.

“A number of enquiries are under way, including a CCTV trawl, officers are also trying to identify what the substance was.

“At this stage, officers believe this to be an isolated incident.”

:: Police are appealing to anyone who saw anything, or who may have information to contact West Midlands Police on 101, quoting log number 2177 30/9.