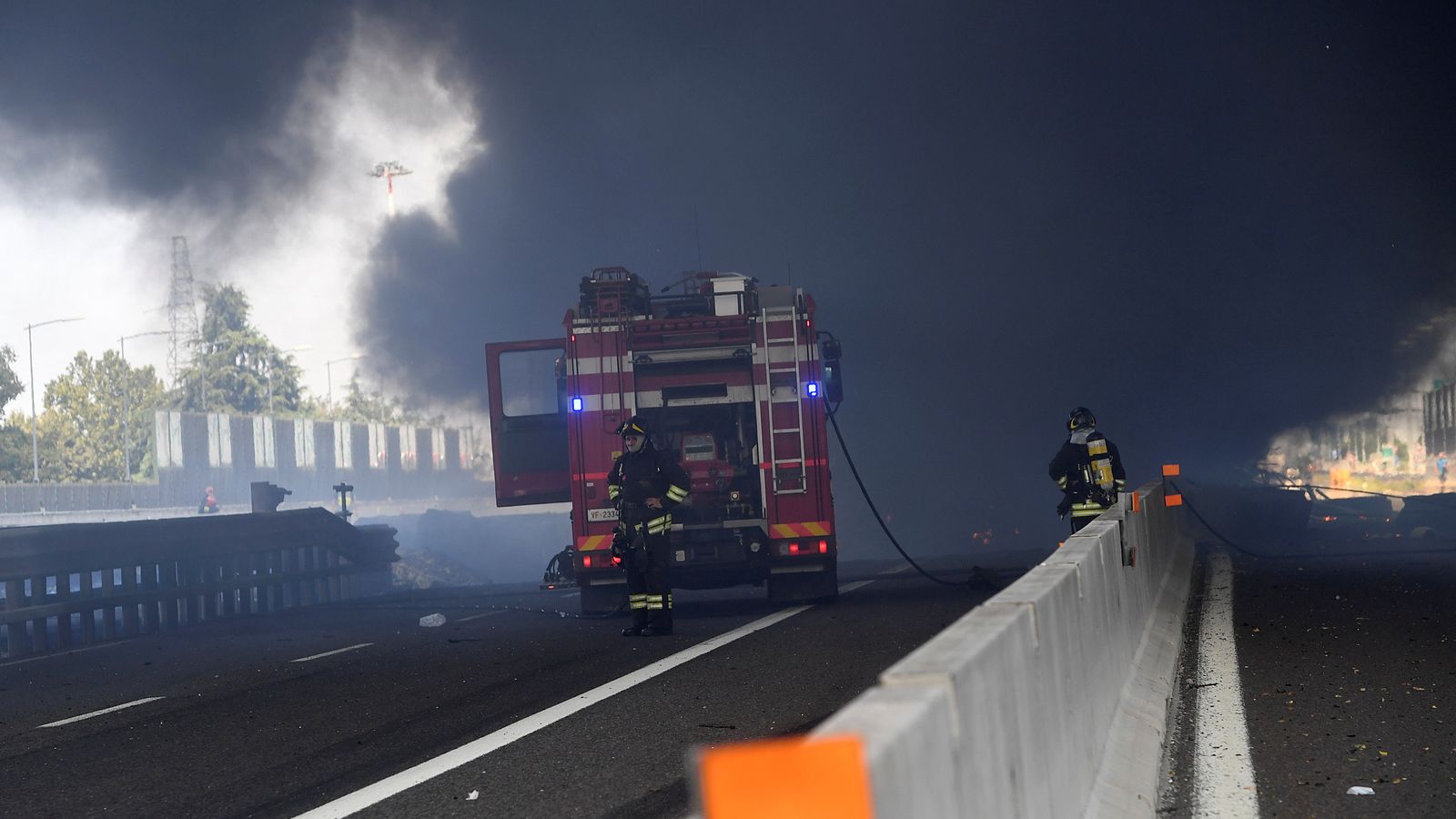 Fifty-six people have been injured after two trucks collided on a motorway in northern Italy, causing a massive explosion.

The crash, near the city’s airport, caused part of a bridge to collapse, with several vehicles in a car park below it catching fire and exploding.