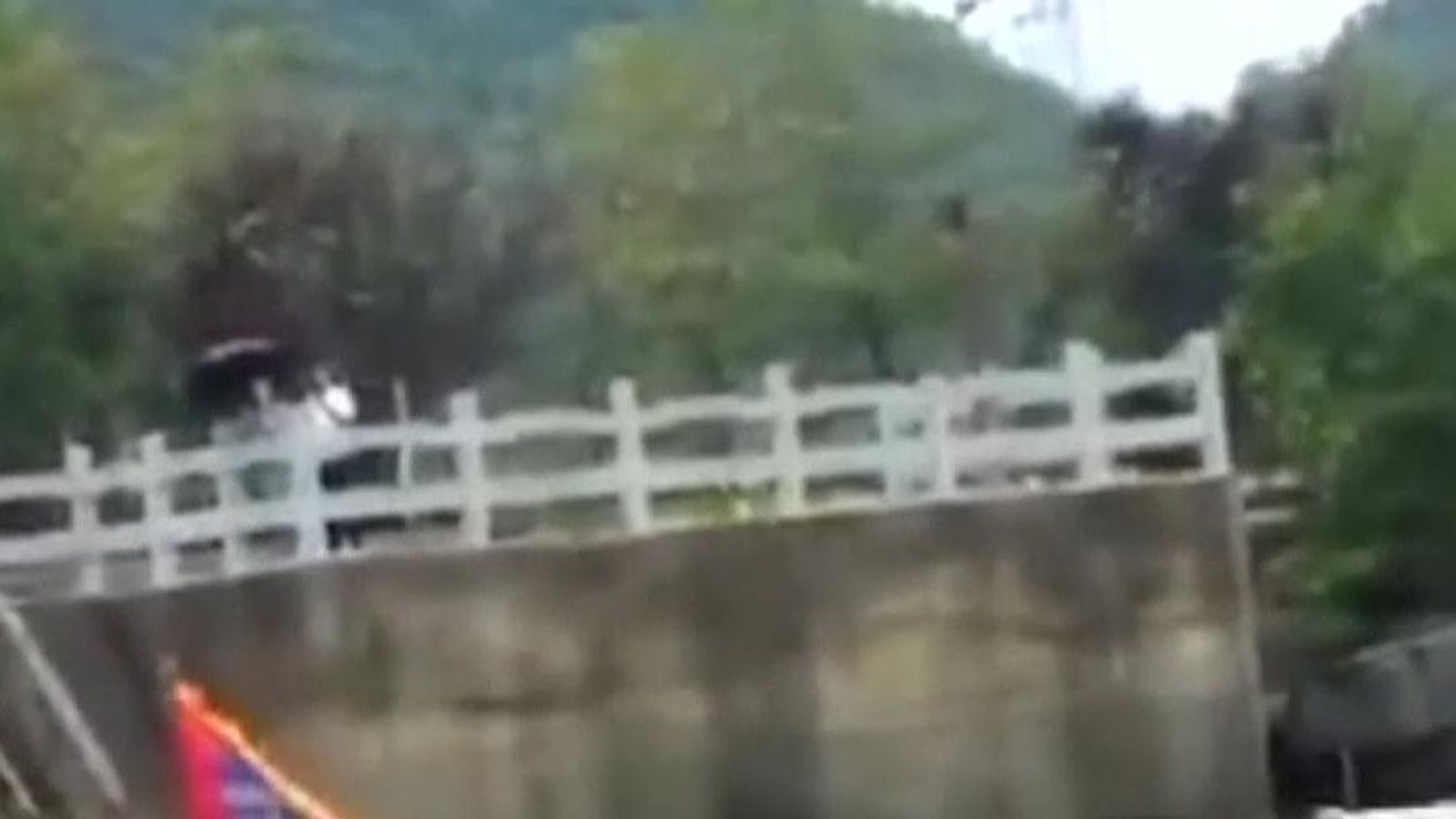 Rowers on board the boats were practising for a race in the Taohua River in the city of Guilin when the accident happened, the Xinhua news agency said.

Television pictures showed one of the long, narrow boats going over on a stretch of a river where the current appeared to be strong.

Another dragon boat arrived at the scene and it too capsized, the pictures showed.

The accident happened where two flows of the river converge causing a powerful current.

Xinhua said 57 people had gone into the water and 200 rescuers were sent to help.

Most of those who went into the river were reportedly not wearing life jackets.

Two people have been detained in connection with the accident.

Drag boat racing is popular in parts of Asia and the Dragon Boat Festival is a traditional holiday in China, which takes place this year on June 18.