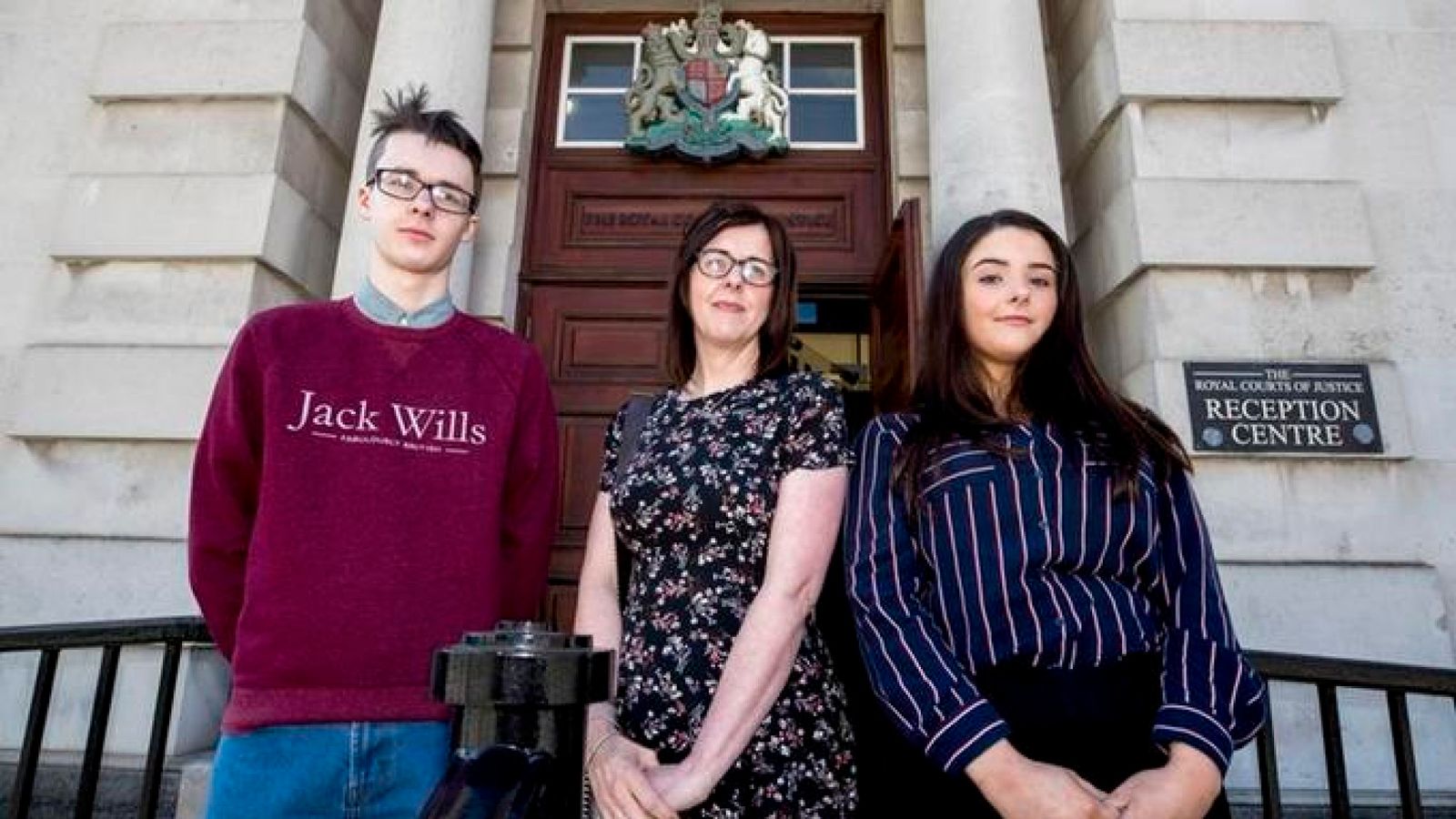 An unmarried mother-of-four whose partner of 23 years died of cancer has won her Supreme Court battle to access the widowed parent’s allowance.

Siobhan McLaughlin, from Armoy, Co. Antrim, took her fight to the highest court in the UK after being refused the allowance because she and John Adams had not been married or in a civil partnership.

Following his death, Ms McLaughlin had to take on an evening job after being refused widowed parent’s allowance by the Northern Ireland Department for Communities.

Ms McLaughlin initially won a case after claiming unlawful discrimination based on her marital status, but that ruling was later overturned by the Court of Appeal.

But, by a majority of four justices to one, the Supreme Court ruled that the current law on the allowance is “incompatible” with Human Rights legislation.

Giving the lead judgment, the court’s president Lady Hale said: “The allowance exists because of the responsibilities of the deceased and the survivor towards their children.

“Those responsibilities are the same whether or not they are married to or in a civil partnership with one another.

“The purpose of the allowance is to diminish the financial loss caused to families with children by the death of a parent.

“That loss is the same whether or not the parents are married or in a civil partnership with one another.”

However, Lady Hale said not every case where an unmarried parent is denied the allowance after the death of their partner will be unlawful.

The court also said it is up to the government to decide whether or how to change the law.

The current maximum widowed parent’s allowance is £113.70 a week.

Ms McLaughlin, 46, said her case was never about her, but about justice for her grieving children, and accused the government of treating them as “insignificant”.