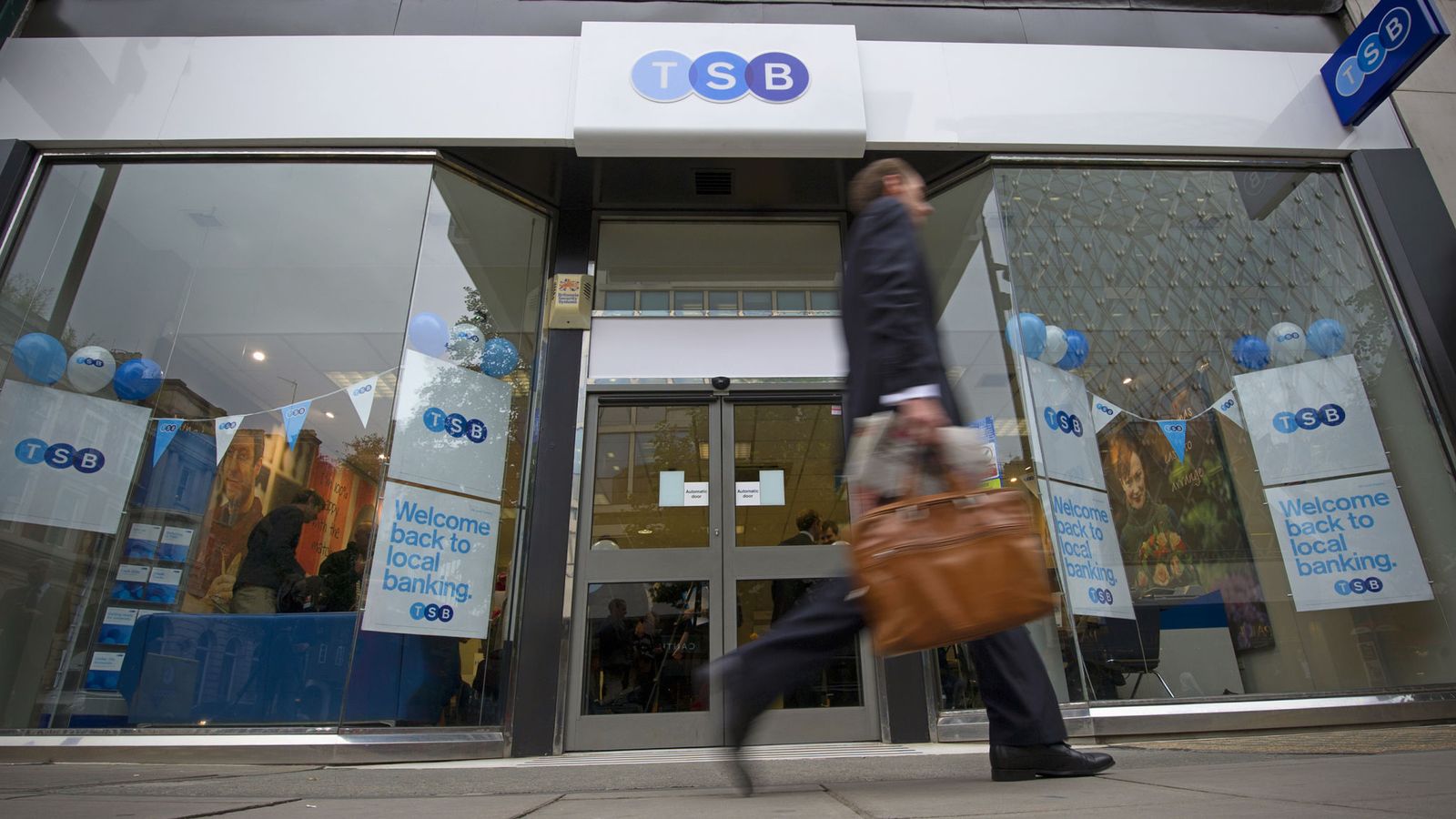 TSB has apologised after a string of customers complained of problems with their mobile and online accounts, including claims some had “access” to other people’s bank details.

One customer said he could see other people’s accounts totalling more than £20,000, while another reportedly discovered he had been wrongly credited with £13,000 after logging back in.

It came several hours after the bank had warned its account holders that some of its services, including online banking, making payments or transferring money, would not be possible over the weekend because of a system upgrade.

@TSB as soon as I can get access to my own money I’m closing my accounts down. Not been able to get money since Friday but you can still access payments, tsb is the worst bank I’ve ever dealt with. #tsb

The upgrade window was scheduled between Friday at 4pm and Sunday at 6pm.

However, a message on the TSB website on Monday morning said there were still “intermittent issues” with its services, while a number of customers reported they were still unable to access their money.

One Twitter user, Tracy Hannah, wrote: @TSB as soon as I can get access to my own money I’m closing my accounts down. Not been able to get money since Friday but you can still access payments, tsb is the worst bank I’ve ever dealt with. #tsb.”

@TSB App and Internet banking still down. No one answering phones. Website says all good. Come on all I want is MY money. Honest Update plz… #TSB

Others used more colourful language to describe their frustration.

The bank said it was “working as hard and as fast as we can to get these up and running”.

Among those customers contacting TSB’s social media included several who said they could see other people’s accounts after logging back in.

Craig Malcom tweeted: “@TSB I currently have access to #20k+ of other peoples money.

“I suggest somebody answers the phones as iv been on hold for 45 minuets!

“This is a MASSIVE breach of data protection! If i have access to their account they could have to mine as well!”

#tsbdown @TSB @TSB_News I appreciate you’re all quite stressed right now, however so are a lot of your customers: website says online services are not available, tsb status page says everything is ok, and neither #tsb twitter accounts are giving me any info – update me please

Another Twitter user called Bex said: “@TSB so go to my app and have someone else’s accounts there!!!! Serious dpa (Data Protection Act) breach! Want to speak to someone now and a half an hour wait!! What would the FCA (Financial Conduct Authority) say about this!!! Might just inform them a bank is giving away other people’s account numbers”.

Sky News was attempting to contact TSB for more information as social media remained flooded with complaints despite the bank suggesting services were returning to normal.