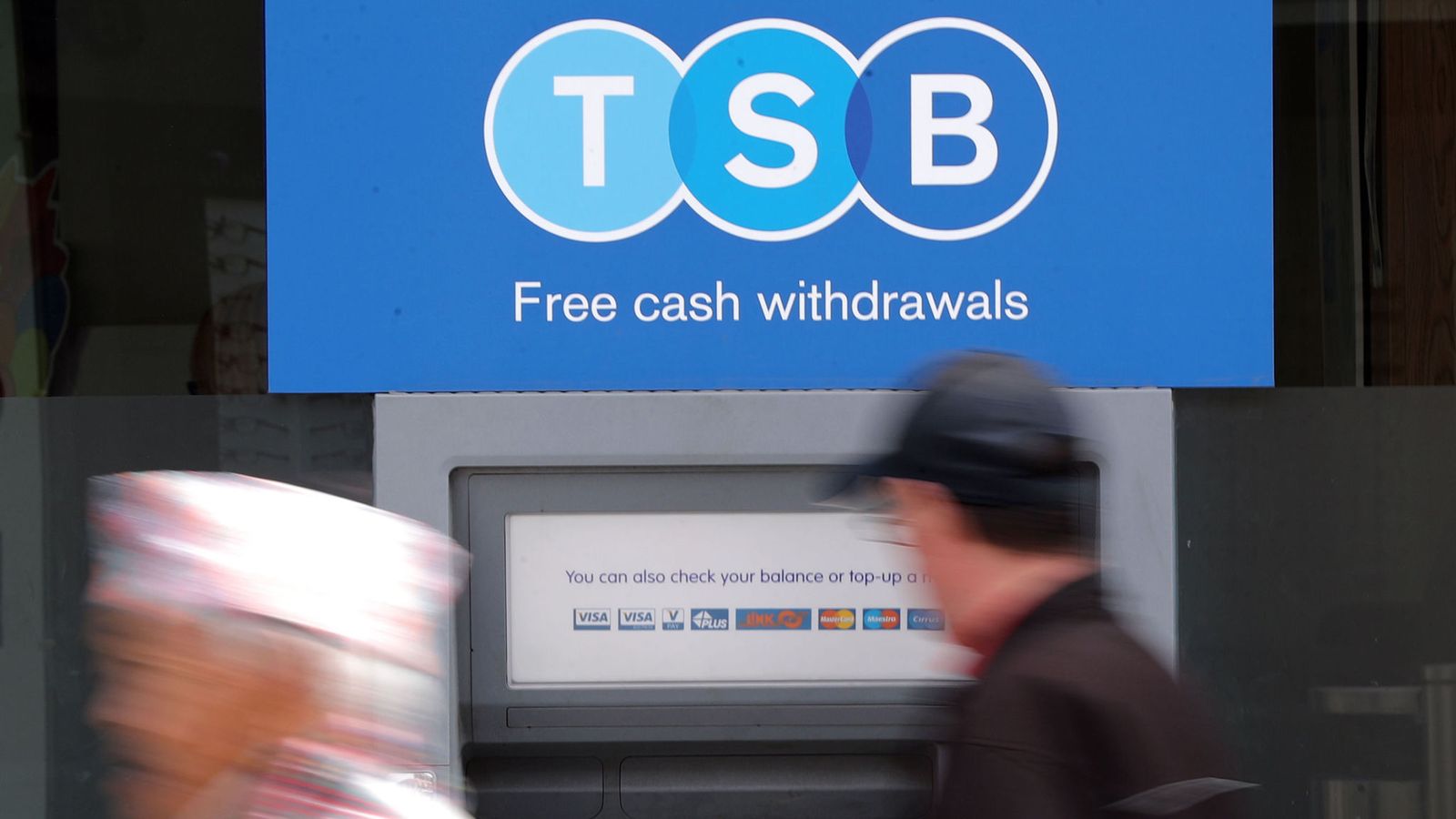 A leading City law firm has been brought in by the board of TSB to investigate the IT crisis which has left many customers without online access to their bank accounts for almost a fortnight.

Sky News has learnt that directors of the UK’s sixth-biggest bank have asked Slaughter & May to conduct an independent probe of the circumstances leading to the IT upgrade which has prompted a furious backlash from thousands of customers.

The appointment of Slaughters, one of the so-called “Magic Circle” law firms, has been rubber-stamped by TSB’s board and is expected to be confirmed by directors when they appear in front of MPs on the Treasury Select Committee later on Wednesday.

The IT meltdown, caused when switching over to systems created by Banco Sabadell, TSB’s Spanish owner, has attracted the attention of financial and data protection regulators.

The precise terms of reference for its investigation were unclear.

The bank’s new chairman, Richard Meddings, and Paul Pester, chief executive, will give evidence to MPs alongside a senior colleague from Sabadell.

Writing to TSB last week, Nicky Morgan, chair of the Treasury Select Committee, said: “The Treasury Committee is extremely concerned by the problems at TSB, and by the apparent miscommunication to customers about the extent and nature of these problems.

“It’s been reported that services such as online banking have been down for some TSB customers for over a week.

“Many individuals and businesses will have made arrangements for the planned outage, but not for the additional time that the systems have been unavailable.

“We will take evidence from TSB and Sabadell representatives to find out how they got into this mess, who is responsible, and how they are putting it right.”

It is the latest in a string of technology failures at major British lenders, which are under pressure to upgrade creaking systems obsolete in an era when digital access to banking services has become increasingly prevalent.

Dr Pester, who has sought to position TSB as a customer-friendly alternative to the major high street lenders since it was spun out of Lloyds Banking Group, has pledged that no customer will be left out of pocket as a result of the crisis.

Many customers complained that they were able to view other people’s account details rather than their own, while anonymous sources who were cited as having worked on the IT upgrade have been quoted as saying they were given insufficient time to prepare for the migration.