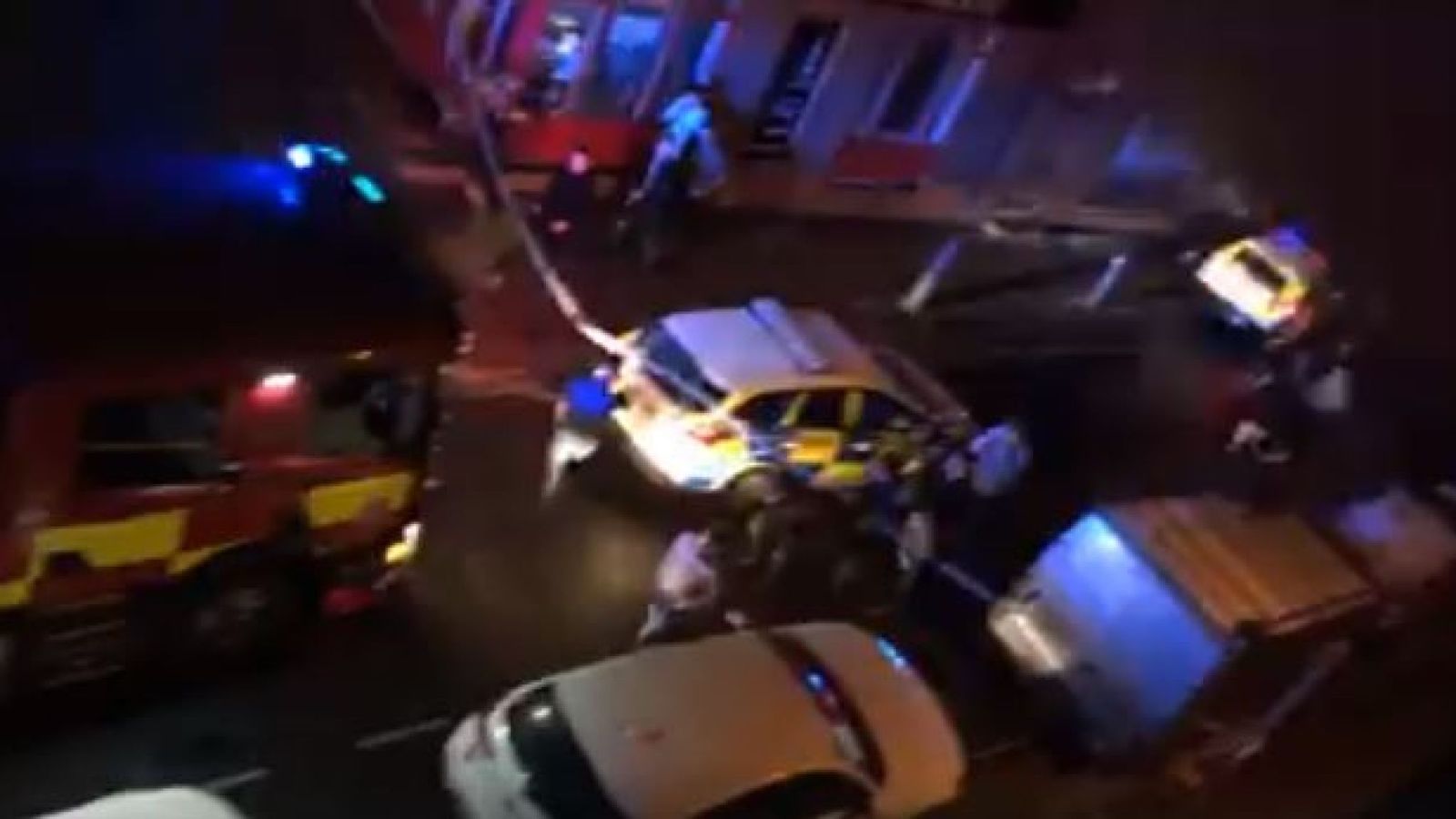 A man has been arrested on suspicion of attempted murder after a car was driven into a nightclub in Kent.

Police said 13 people suffered injuries, but none of them were life-threatening.

Officers were called to Queen Street in Gravesend at 11.47pm on Saturday following the incident.

Footage posted on social media appeared to show a car inside a marquee at Blake’s nightclub as police led terrified people to safety.

The driver of the vehicle is believed to have been asked to leave the nightclub following an altercation before driving his car into the venue.

He is currently in custody.

The suspect was apprehended by “heroic” revellers and door staff, the venue has revealed.

One witness, Sonny Powar, said he saw two people being hit by the car before the driver was pulled from the vehicle.

“(It was) just a normal night out at Blake’s Nightclub in Gravesend in Kent,” he said.

“But some guy wasn’t let into the club or got kicked out so he drove his 4×4 into the tent we was all in.

“It stopped at my feet so any further and I could have died, then he reversed up and we all ran.

“We ripped the tent wall apart and got out and called the police.

“It was a complete mess of panic and chaos.”

BBC Radio 1Xtra DJ Reece Parkinson posted a video from inside the club on Twitter.

“A guy who didn’t get in drove through the club.”

Kent Police said: “Kent Police has arrested a man on suspicion of attempted murder after an incident in Gravesend where a number of people have been injured when a car drove into a nightclub building.

“The driver of the vehicle who is believed to have been asked to leave the nightclub earlier that evening following an altercation has been arrested on suspicion of attempted murder and is currently in custody.”

The force added: “This is not been being treated as a terror-related incident.”