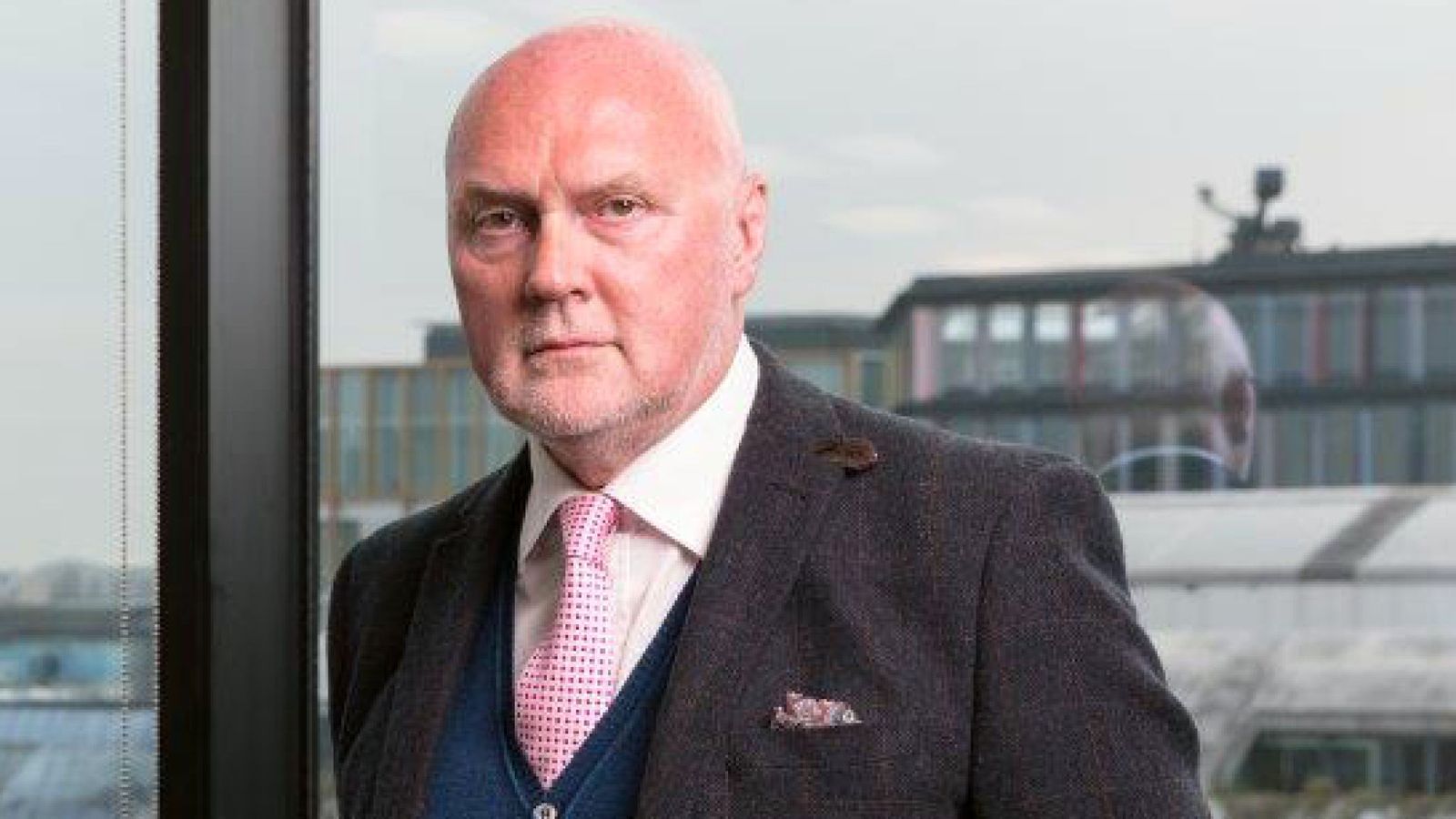 A top City fund manager is trying to broker an 11th-hour peace deal at the warring conglomerate Stobart Group that would involve installing the veteran businessman Allan Leighton as the company’s interim chairman.

Sky News has learnt that M&G Investments, which is part of the FTSE-100 insurance giant Prudential, has approached Mr Leighton about taking on the chairmanship of Southend Airport-owner Stobart on a temporary basis.

Under its plan, M&G, which holds about 5% of Stobart, would secure the incumbent chairman Iain Ferguson’s resignation before a vote on his future is scheduled to take place at its AGM on Friday.

Mr Leighton would take over for several months, with Philip Day, the Edinburgh Woollen Mill billionaire who has been nominated as Stobart’s new chairman, potentially joining the board but only as a non-executive director.

The fund manager has held a series of ‎talks in the last few days with Andrew Tinkler, the former Stobart chief executive who has been dismissed from its board and who wants Mr Day to replace Mr Ferguson; with Mr Ferguson; and with Mr Leighton himself, who is said to remain undecided about the approach.

Mr Leighton is widely regarded as one of Britain’s most accomplished businessmen.

He orchestrated turnarounds at companies including Asda and the then state-owned Royal Mail Group, and now chairs the Co-op Group, Peppa Pig-owner Entertainment One, chemicals group Element Materials, the retailer Matalan and restaurant chain Wagamama.

Tom Dobell, one of M&G’s star fund managers, has a high regard for Mr Leighton, having worked with him at several of his previous employers.

Its eleventh-hour peace deal proposal is intended to draw a line under what has become one of the City’s bitterest boardroom feuds for years.

Last month, it emerged that Mr Tinkler, Stobart’s former chief executive, planned to vote his shareholder against Mr Ferguson’s re-election, igniting a series of lawsuits between Mr Tinkler and the company.

Mr Tinkler and Woodford Investment Management, which is headed by Neil Woodford, another big name in the asset management industry, are said to have expressed reservations about M&G’s compromise deal because it would involve Mr Brady remaining in place.

If Mr Leighton cannot be persuaded to join as interim chair, it will mean next Friday’s vote is almost inevitable, with the result still said to be in the balance.

On Friday, Mr Tinkler‎ issued another letter to Stobart’s shareholders accusing Mr Ferguson and his supporters of “choosing to engage in a campaign of vilification” and saying that the termination of his own employment by the company “was invalid and has no legal basis”.

He has been backed by William Stobart, son of the founder of the separate Eddie Stobart haulage business whose trucks bear the family name.

Previously released internal emails‎ have revealed that Mr Tinkler had discussed in recent months with Mr Day the idea of reuniting Stobart Group, an industrial conglomerate, with Eddie Stobart.

Other previously undisclosed correspondence showed Mr Tinkler using sexist language to complain about his multimillion pound pay deal, while a string of legal actions against him have seen lawyers for the company allege that he breached his fiduciary duties and tried to structure corporate deals for his personal advantage.

Stobart has also sued Mr Tinkler and former director William Stobart for nearly €4m in connection with a tax payment linked with the purchase of an engineering firm in 2008.

Mr Tinkler responded by launching his own lawsuit against directors including Mr Brady.

Mr Woodford’s 19% stake is in Mr Tinkler’s camp, while Invesco, another big shareholder, has come out in support of the existing board.

Other fund managers are also split, with Royal London Asset Management declaring its 2.62% stake in favour of Mr Ferguson, while Miton Group intends to back Stobart’s former chief.

If Mr Tinkler wins the vote, most of the company’s board members, including chief executive Warwick Brady, are likely to quit, while if he is defeated there may be a question mark about whether Mr Laycock will stay on.

A number of senior executives have written anonymously to the board to support Mr Tinkler, underlining the partisan nature of parts of the company’s workforce.

The company has endured a difficult time in recent months, a period in which it aborted a potential takeover offer for Flybe, the regional airline.

Stobart Group operates across sectors including the supply of biomass for renewable energy generation, civil engineering for rail projects and a domestic airline called Stobart Air.

Neither M&G nor Mr Leighton could be reached for comment this weekend.