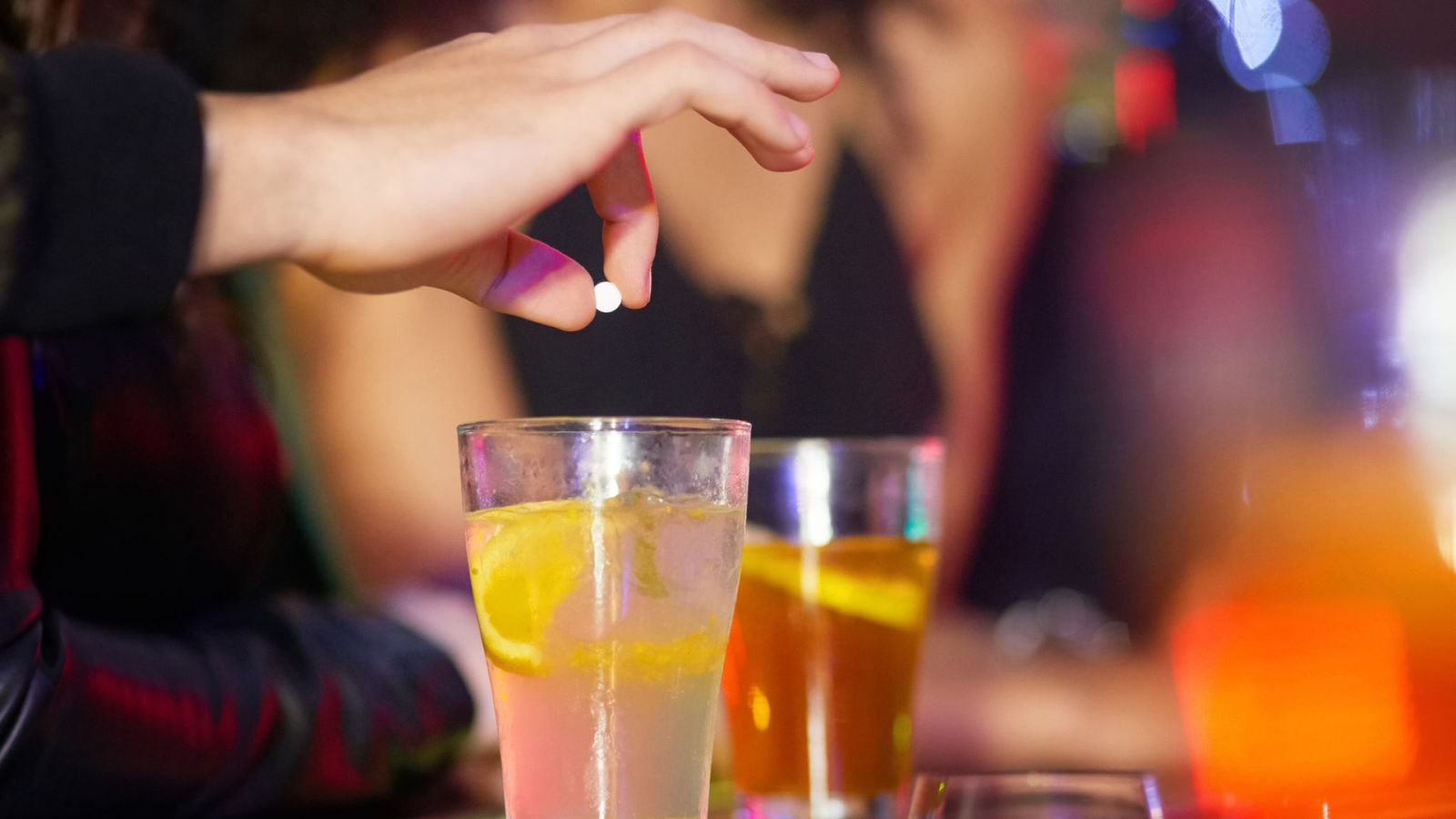 Drinks spiking has more than doubled in three years, according to figures from UK police forces.

The results, from a series of Freedom of Information requests, show a 108% increase since 2015 in the number of reports to police forces, which include both the words “drink” and “spiking” or “lacing”.

The Met Police in London recorded the most cases in 2017 with 179 reports.

In total there were 1,039 cases recorded by the forces which responded.

But victims of spiking attacks have told Sky News they believe incidents are vastly under-reported.

Dizzy, a 23-year-old student from Liverpool, said she has been spiked “at least twice, possibly three times” and that “fewer of her friends haven’t been spiked than have been”.

She said that like most people, she only went to the police following an assault that took place after her drink was spiked in London.

But she did not report the other instances, as friends intervened and she got home safely.

:: How many cases of spiking are there in your region?

He told Sky News that most people who have been targeted will not report it to police because they get home safely with the help of a friend, bar staff or a taxi driver.

In his experience, police only deal with incidents in relation to sexual assaults.

Data for reports of drinks spiking is most often recorded under arrests for other crimes, like rape or assault. There is no Home Office crime code for spiking, so the data can only be an indication of the number of cases.

Since January, anyone who feared their drink may have been spiked has been able to ask for a Drink Detective kit allowing them to instantly test their drink for drugs.

The test kits saved at least one man from consuming a spiked drink. But, as is often the case, he did not want to report the incident to the police.

DI Boulter said the scheme was about raising awareness and proactively deterring people who want to spike drinks.

He added that the availability of test kits meant that the police would have evidence and possibly a suspect who was still at the scene, if a drink tested positive.

He told Sky News he knew of one case where a girl took her own life after she was assaulted when her drink was spiked.

He said while Rohypnol was known as the classic date rape drug, in reality any drug could be used, from GHB right through to LSD.

Mr Campbell thought the figures obtained by Sky News were “a drop in the ocean” as he said, “people often feel they have no evidence to go to the police”.

He said: “Victims feel like they won’t be believed. They rack their brains to figure out what happened the night before, but because of the effects of the drugs they can’t remember. They need answers.”

Mr Campbell said he believes there are deaths related to drinks spiking attack that are not “in the public eye”.