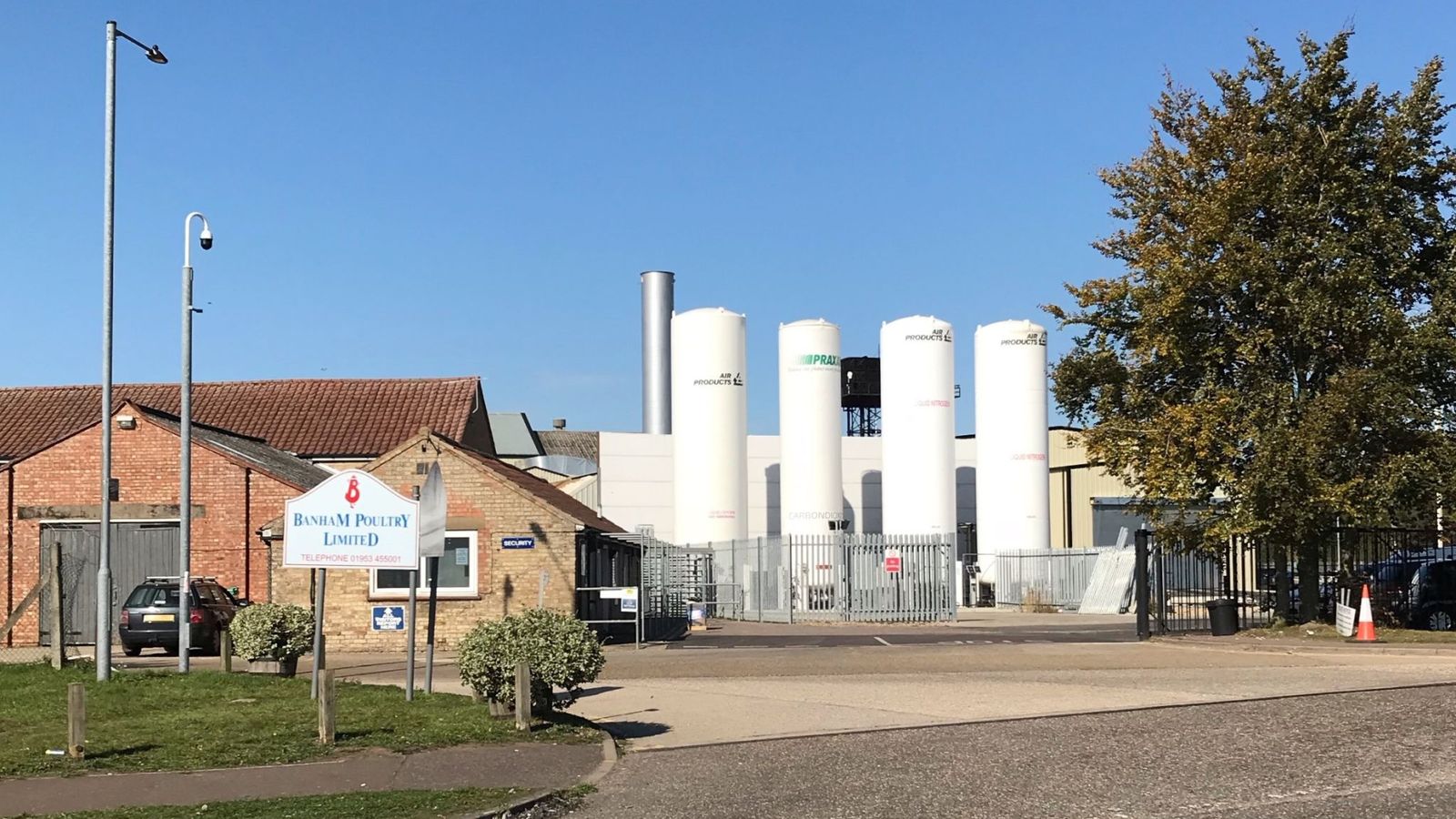 Emergency services were called to Banham Poultry in Attleborough at about 1.10am on Thursday after the sub contractors’ bodies were discovered.

The men, one in his 30s and another in his 40s, were found close to the building and nobody else was injured, police said.

Three hazardous area response teams were sent to the factory, as well as an air ambulance.

“Despite the best efforts of all involved, two men died at the scene,” a spokesman for the Eastern Ambulance Service said.

Trains going towards Cambridge were not stopping at Attleborough station, just in front of the factory, due to the suspected chemical spill, Greater Anglia tweeted.

It added: “Emergency services are in the area dealing with the spillage.”

Banham Poultry is a family-owned business with more than 1,000 staff, making it one of the largest employers in the mid-Norfolk area, its website says.

George Freeman, MP for Mid Norfolk, tweeted: “Terrible news this morning of two deaths from what is reported as an industrial chemical spill in Attleborough this morning.

“Thoughts and prayers with all those affected. And with the employees of @BanhamPoultryUK at this v difficult time.”

Detective Chief Inspector Stu Chapman said: “On behalf of Norfolk Police and other emergency services, I offer my condolences to the friends and families of the men killed in this incident and our thoughts are with them at this difficult time.

“Colleagues from Norfolk Fire Service continue to make the scene safe so that detailed investigations can begin between police, fire, and the Health and Safety Executive (HSE), to understand the circumstances which lead to the men’s deaths.”