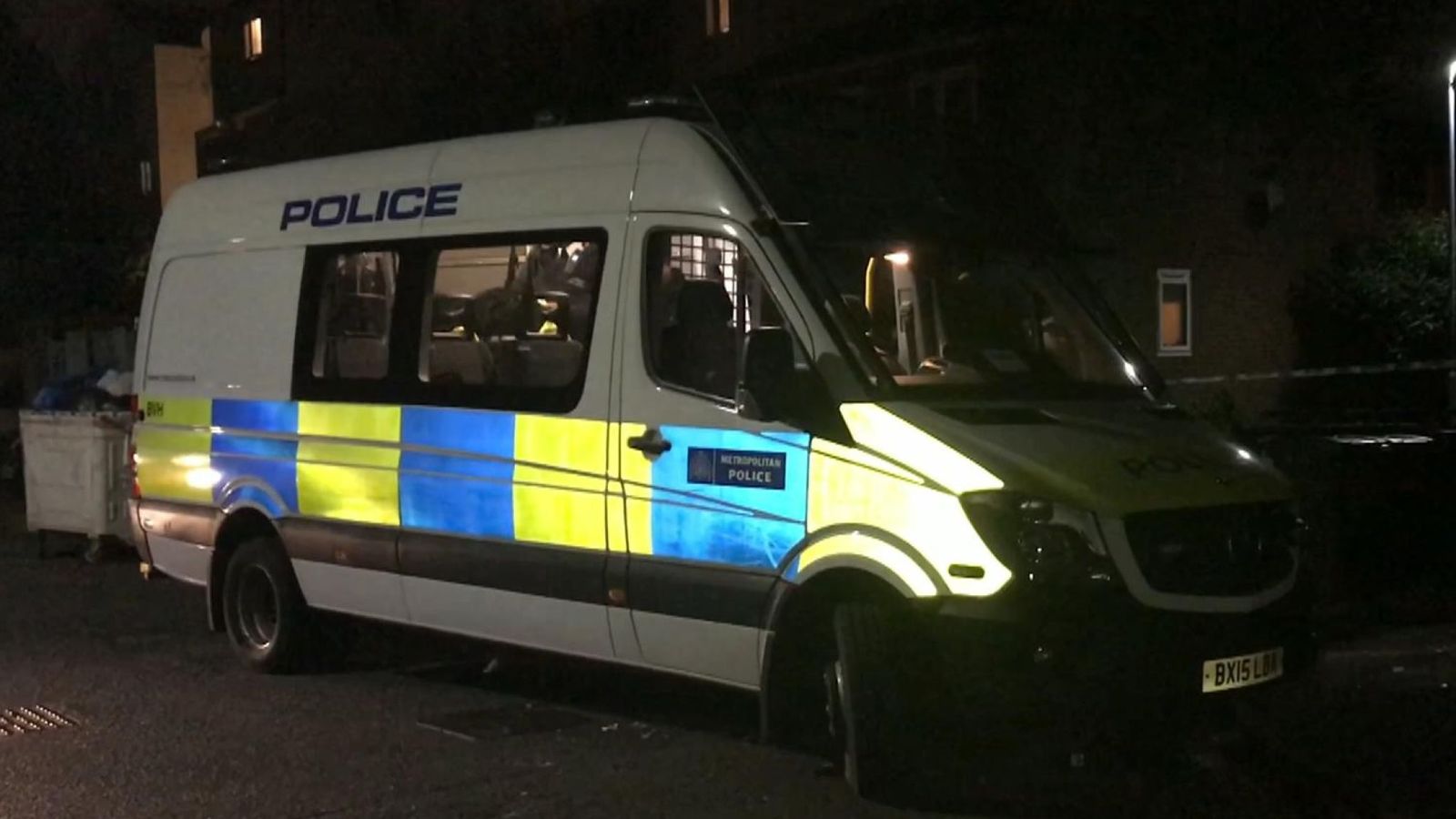 A man hunt is under way after a woman and a one-year-old boy were stabbed in west London.

Officers were called to Swinfield Close in Feltham at 7.12pm on Monday amid concerns over the pair’s safety.

The Metropolitan Police said the boy remains in a critical condition, while the woman’s injuries are not life threatening.

An air ambulance took the pair to a nearby hospital for treatment.

One witness told Sky News: “I heard a lot of screaming and crying, it was quite distressing to hear. It’s a family, they’re new to the area, they’ve not long moved in.”

A crime scene has been established and an investigation is under way.

Detectives believe “the parties involved were known to each other”.

Police are currently trying to trace a man who was known to reside at the address where the knife attack took place.

No arrests have been made.