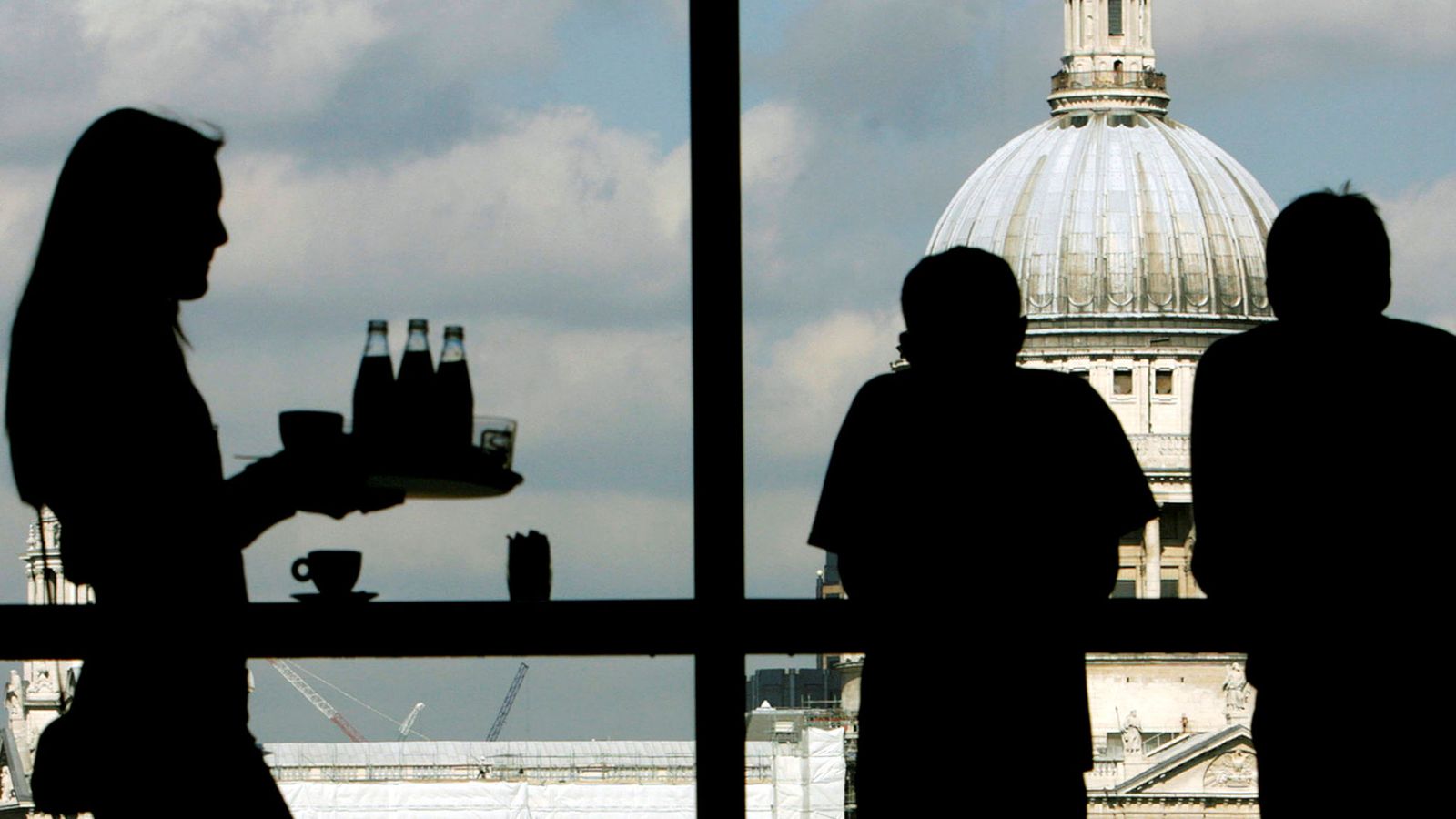 Figures from the sector – taken together with monthly surveys from the manufacturing and construction industries – pointed to a quarterly GDP growth rate of about 0.25% at the start of the second quarter.

The pound briefly slipped below $1.36 against the US dollar on the report, which comes after official data last week showed first quarter growth at 0.1%, its slowest pace since 2012.

The latest services sector figures, from the IHS Markit/CIPS purchasing managers’ index (PMI), gave a reading of 52.8 in April, up from March’s 20-month low of 51.7 – on a scale where the 50-mark separates growth from contraction.

While it was an improvement on March’s performance, which was affected by the “Beast from the East” cold snap, it was lower than economists’ expectations.

The sprawling services sector, which ranges from bars and hotels to law and accountancy firms, represents four-fifths of UK economic output.

Firms reported in April that they had been hurt by weak demand from consumers as well as caution from corporate clients amid the uncertain economic outlook.

Chris Williamson, chief business economist at IHS Markit, said the month’s PMI surveys together showed that after the heavy snowfall of March, business activity had failed to return to the pace of growth seen in February.

That suggested the underlying performance of the economy “continued to deteriorate”, he said.

He added: “The disappointing services data will add to expectations that the MPC will take its finger firmly off the rate hike trigger.

“Any further slowing will also raise questions as to whether the November rate hike may have been ill-timed.”