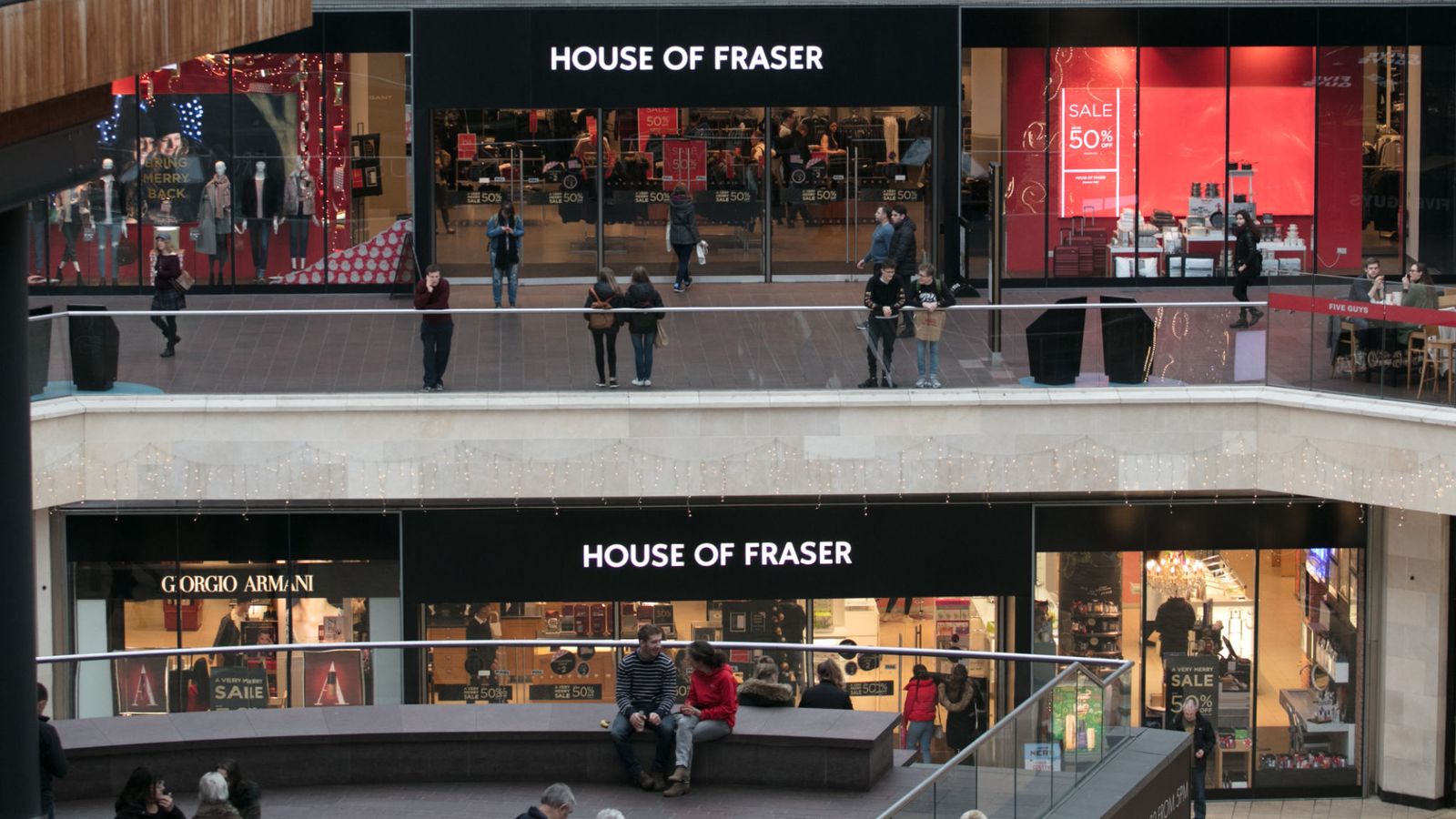 Lenders to House of Fraser (HoF), the embattled department store chain, have called in advisers amid growing doubts about its ability to see out the escalating crisis on Britain’s high streets.

Sky News has learnt that‎ a syndicate of banks, understood to include HSBC and Industrial and Commercial Bank of China, appointed EY earlier this week.

The appointment will stoke fears that the retailer’s lenders are preparing for HoF to succumb to the cost pressures and structural changes to the industry which have already claimed the scalps of Maplin and Toys R Us UK this year.

EY is understood to have carried out some previous work for HoF’s lenders, although a source close to the retailer confirmed that this week’s appointment signalled a fresh effort to deal with the company’s financial stress.

In total, HoF is carrying ‎hundreds of millions of pounds of debt, including a £350m bond which is publicly traded.

The department store chain, which trades from 59 outlets across the UK, has attracted additional scepticism from the financial community because of the opaque nature of its ownership.

Earlier this month, its controlling Chinese shareholder, Nanjing Xinjiekou Department Store, said it would sell 51% of HoF to Wuji Wenhua, a Chinese tourism group about which little is known.

Just over 10% of HoF is owned by Sports Direct International, the UK-based retailer controlled by Mike Ashley, the owner of Newcastle United FC.

Mr Ashley has long been rumoured to be keen to pursue a merger of HoF and Debenhams, in which he holds an even larger minority stake.

The precise financial position of HoF is unclear.

It is due to present details of its full-year trading performance to bondholders next month, when it will also come under pressure to set out firmer plans ‎to tackle its rent burden.

Sky News revealed in January that the company had written to landlords to seek rent reductions, while The Sunday Times reported last month that HoF faced a cash squeeze after a major credit insurer decided to stop providing cover to some of the chain’s suppliers.

The negotiations over its leases remain shrouded in mystery, with one source close to the company insisting that they were progressing well.

However, HoF’s trading performance has done little to alleviate concerns over its future.

Sales fell 2.9% in its stores and 7.5% online during the crucial Christmas trading period, with conditions on the high street deteriorating further since then.

The company is run by executive chairman Frank Slevin and Alex Wiliamson, who was brought in from the Goodwood Group last year.

It employs roughly 5000 people directly, as well as about 12,500 staff who work in concessions in HoF stores.

The turmoil on the high street is not restricted to retailers which have already fallen into administration.

Carpetright is planning to close scores of stores, while New Look gained approval from creditors this week to shut 60 shops, a move that will trigger nearly 1000 job losses.

Further such restructurings, involving the likes of Mothercare, are seen as inevitable.