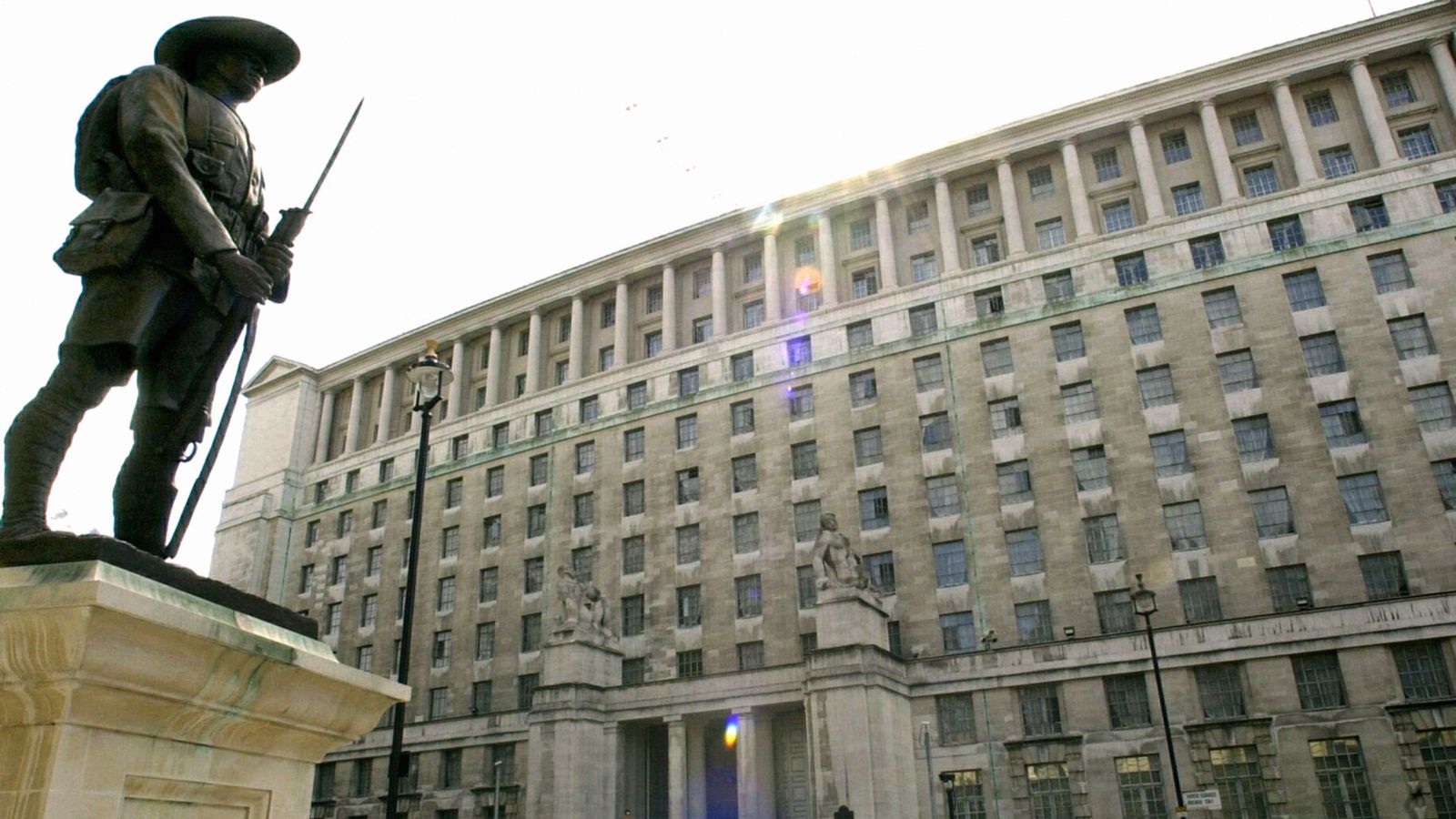 A listed infrastructure fund which owns stakes in the Ministry of Defence’s headquarters and the Intercity Express Programme is facing a shareholder rebellion over a £1.4bn takeover.

Sky News has learnt that institutional shareholders owning roughly 10% of John Laing Infrastructure Fund (JLIF), have told the company’s board that a 142.5p-a-share offer lodged earlier this month is too cheap.

Baillie Gifford, which is among JLIF’s biggest investors, is said to be one of the funds which has expressed reservations about the bid.

The takeover proposal was made by Dalmore and Equitix, two big infrastructure asset managers, and JLIF’s board said it was “minded to recommend” the offer, which would also include a 3.57p-a-share dividend.

City sources said that JLIF had now asked PricewaterhouseCoopers, the professional services firm, to conduct a valuation of the company’s portfolio of more than 60 assets.

Baillie Gifford’s intervention paves the way for a potential bidding war for JLIF, or for the Dalmore-Equitix consortium to sweeten the terms of its bid.

JLIF is one of the UK’s biggest infrastructure investors, holding stakes in a stretch of London’s Docklands Light Railway, North Staffordshire Hospital, and Metro stations in Barcelona.

The approach from Dalmore and Equitix surprised the City, sending the company’s shares surging by nearly 20% on the day that it emerged.

A takeover of JLIF would represent a bold bet that Labour would remain in opposition in the UK given pledges made by John McDonnell, the shadow chancellor, to nationalise private finance initiative contracts.

Such a move would be unlikely to take place at a valuation welcomed by private investors.

Sources said that investors’ opposition to the bid which emerged this month was solely on valuation grounds.

John Laing Group – a separate company to JLIF – sold its remaining 15% stake in the Intercity Express Programme Phase 1 to AXA, the French insurer in March for a big premium to its previous valuation.

A fresh appraisal of the assets in JLIF’s portfolio is a requirement under City takeover rules.

One source close to the company said the dialogue with shareholders was “a sign that the board is listening to its biggest investors”.

Shares in JLIF were changing hands at 140.45p on Monday, below the level of the Dalmore-Equitix bid and valuing the company at just under £1.4bn.

Dalmore and Equitix are seasoned investors in British infrastructure projects.

The former has ploughed £440m into London’s new ‘super-sewer’ known as the Thames Tideway Tunnel, while the latter has invested across sectors such as social housing, waste, renewables and street lighting.