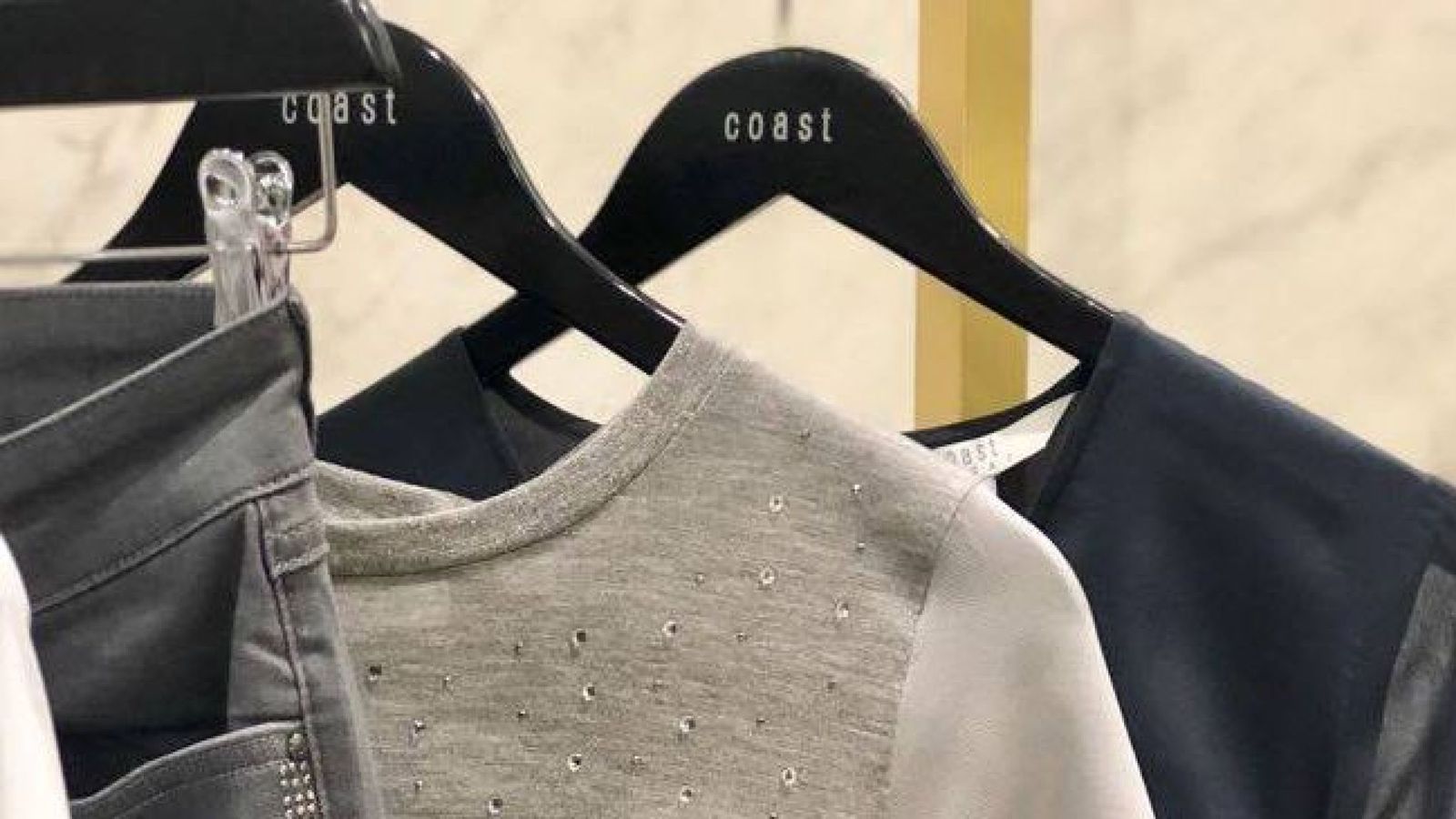 The owner of Coast, the women’s fashion retailer, ‎has accelerated plans to find a buyer after being hit by the fallout from House of Fraser’s (HoF) recent collapse into administration.

Sky News has learnt that Aurora Fashions, which also owns the Oasis and Warehouse chains, has begun contacting prospective buyers in the last fortnight about a deal to sell the Coast brand.

It marks the latest chapter in efforts by Kaupthing, the Icelandic bank, to offload part or all of Aurora.

Kaupthing came close to selling the entire business last year to Emerisque Brands, a business owned by an entrepreneur who was at the time the subject of an international arrest warrant issued by Interpol.

That‎ deal fell through, and talks about a sale are understood to have been dormant since last autumn.

Restructuring advisers at PricewaterhouseCoopers have now been asked to assist with the sale process‎, with Coast said to be in need of new funding after being hit by the crisis at HoF.

Coast operates a substantial number of concessions in HoF stores, and is said to face a multimillion pound bill following its sale via a pre-pack administration.

Specialist retail investors and private equity firms are understood to have been contacted by PwC to gauge their interest in Coast.

The accelerated sale plan for Coast offers fresh evidence of the implications of HoF’s recent turmoil and another example of how Mike Ashley, the Sports Direct tycoon, exerts an influence over great swathes of the high street.

Dozens of HoF concession operators face a financial hit from the structure of its takeover by Sports Direct, while distribution partners have also been adversely affected.

Accounts for Coast Fashions for the year ended 25 February 2017 showed a modest profit of £2.7m, its best performance for five years.

In a statement, a Coast spokeswoman said: “We have been working with PwC with regards to a potential sale on an ongoing basis for the past 18 months, so this is nothing new but merely a continuation of that process.”

If it does attract a buyer, Coast would become the latest in ‎a string of prominent womenswear chains to change hands.

Jigsaw was snapped up in a deal led by the entrepreneur David Ross, while Aurora remains keen to find new owners for Oasis and Warehouse.