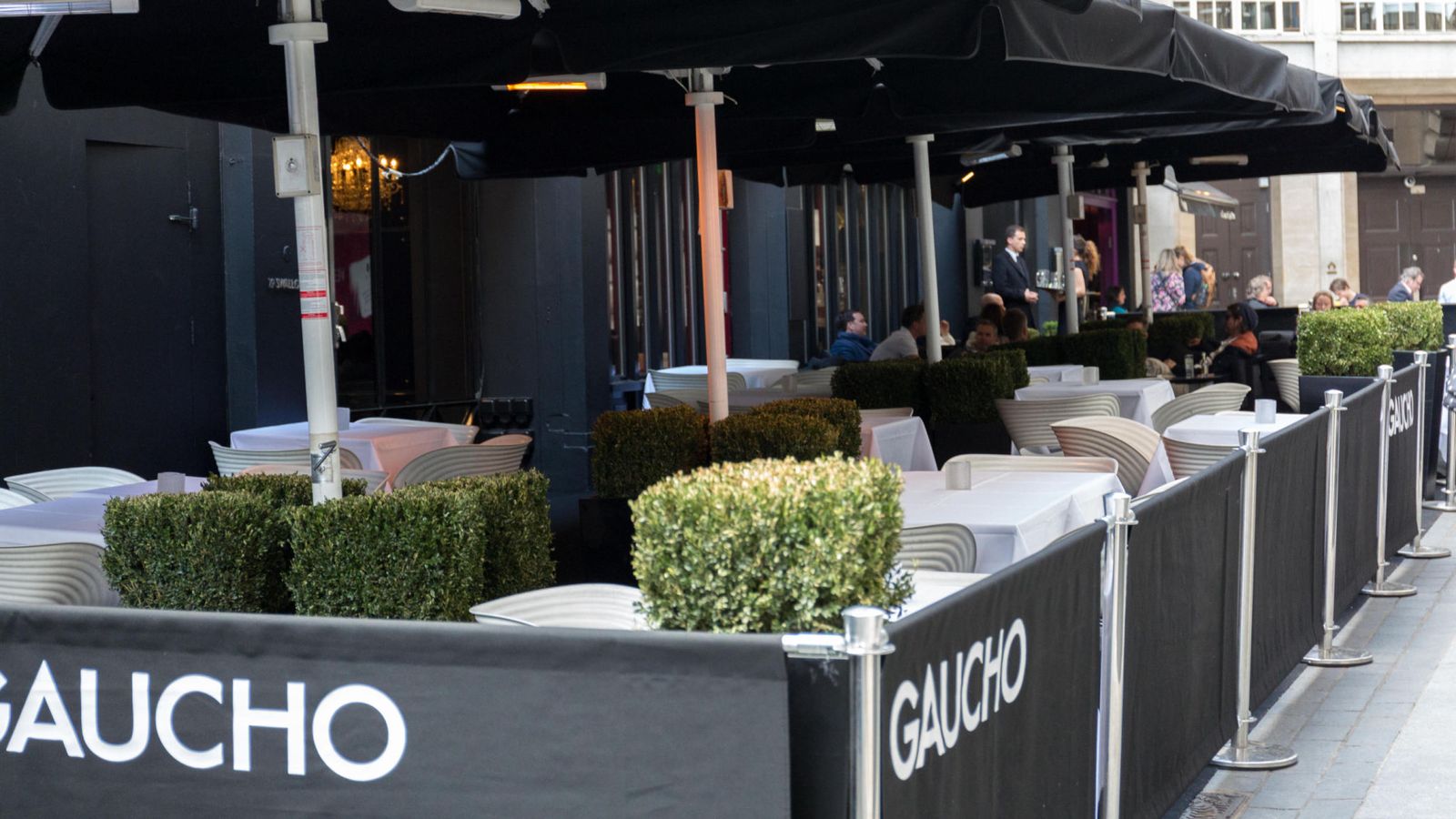 Struggling restaurant chain Gaucho is racing to secure a sale following a seven-figure tax demand that could trigger its collapse into administration within days.

Sky News has learnt that the company, which has been trying to find new investors for weeks, has been given until today to pay a £1m-plus bill from Her Majesty’s Revenue and Customs (HMRC).

The demand – which it is understood Gaucho does not have sufficient funds to pay unless it finds a buyer – has emerged as the operator of premium steak restaurants seeks final bids from a handful of prospective owners.

Unless it can secure a solvent deal, Gaucho faces the prospect of calling in administrators, an outcome that could threaten around 1,500 jobs.

Sources close to Gaucho, which also owns the ailing chain Cau, said its advisers were in regular contact with HMRC and expected to have a conditional agreement to sell the company next week.

That would enable the business to secure additional funding to meet cash commitments including the HMRC bill.

In a statement issued to Sky News, a Gaucho spokesman said:

“We have been managing our cash tightly as we near completion of the options process.

“We remain confident that the Gaucho business will emerge from this process on a more stable footing.”

Insiders said the company and its lenders anticipated receiving several bids ahead of a deadline later on Friday, with those considering offers including Hugh Osmond, the former PizzaExpress backer.

Osmond Capital is competing with Core Capital, which is owned by ESO Capital and is backing Gaucho’s existing management team, and Limerston Capital, an investor in companies including Spark Energy.

Equistone, Gaucho’s current owner, is also thought to be likely to submit a proposal that would involve it retaining control of the business.

The bidders are all expected to offer significantly less money than the £50m owed by Gaucho to its banks.

Under the management’s plans, the Gaucho chain would continue to operate while Cau would – if approved by creditors – close through a mechanism called a company voluntary arrangement (CVA).

The Gaucho-branded estate, which comprises 16 restaurants, is said to be performing “in line” with the broader restaurants sector, and is not under threat of closure.

However, it too has seen a slump in profits, according to insiders.

Gaucho recently appointed a new management team in an attempt to stabilise its financial performance, although it has limited experience of the restaurant sector.

The company’s founder, Zeev Godik, stepped down several months ago.

He was replaced by Oliver Meakin, who joined from Maplin, the electricals retailer which itself plunged into administration earlier this year.

By pursuing a restructuring that involves shutting restaurants, Gaucho will join rival casual dining chains such as Byron, Carluccio’s, Cote and Prezzo, all of which have confirmed similar plans in recent months.

A combination of rising costs and more cautious consumer sentiment has hit casual dining businesses, while retailers including Carpetright, New Look and Poundworld‎ have either slipped into administration or closed scores of shops‎.