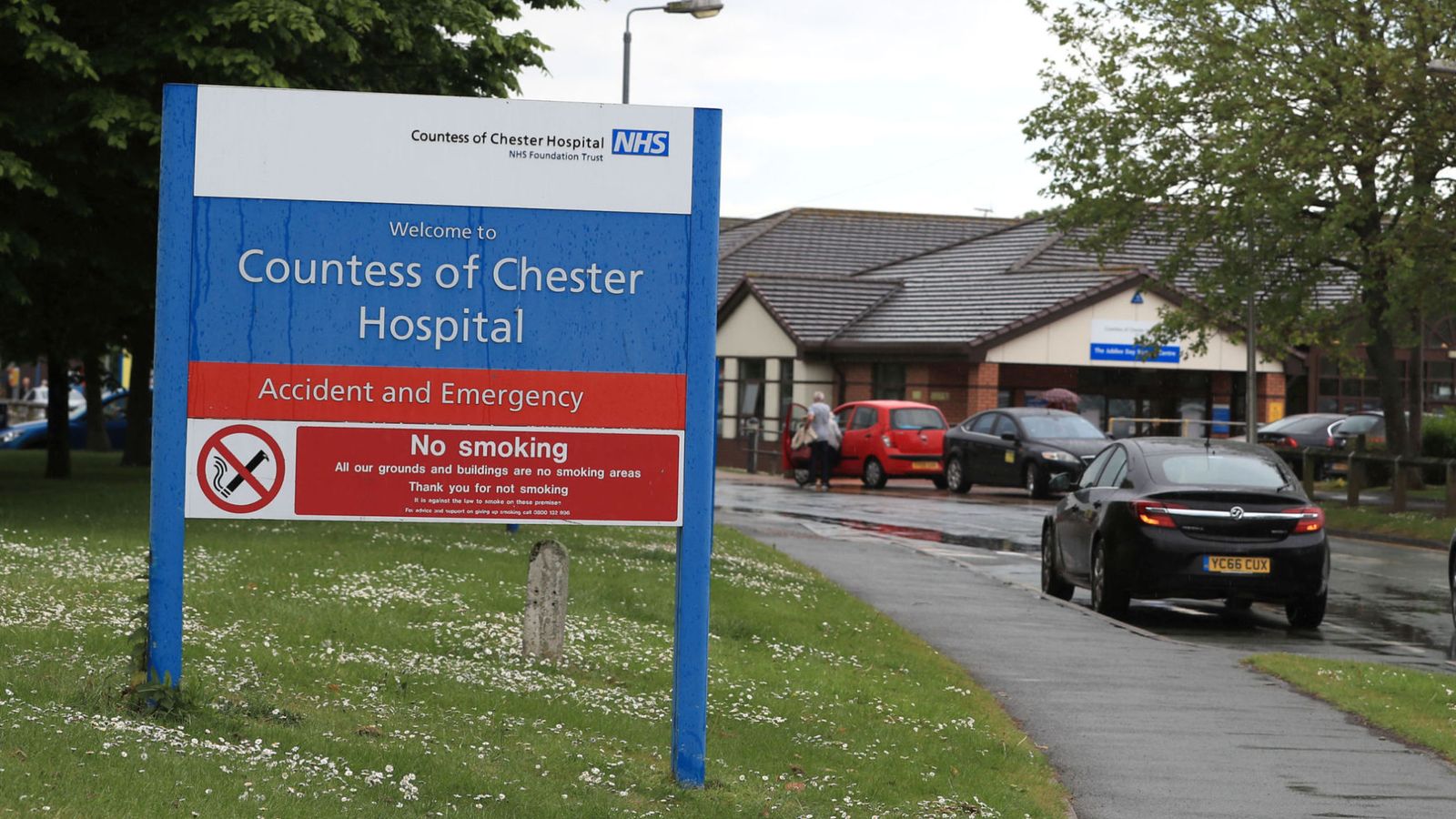 A female healthcare worker has been arrested on suspicion of murdering eight babies and attempting to murder another six.

Police said the arrest followed an ongoing investigation of the neonatal unit at the Countess of Chester Hospital, which got under way after several babies died at the hospital.

Officers were initially looking at the deaths of 15 infants between June 2015 and June 2016 when the investigation was launched in May last year.

Detective inspector Paul Hughes, leading the operation, said: “The investigation into the neonatal unit at the Countess of Chester Hospital is continuing. Since it was first launched in May 2017, a dedicated team of detectives have been working tirelessly on this case.

“This is a highly complex and very sensitive investigation and, as you can appreciate, we need to ensure we do everything we possibly can to try to establish in detail what has led to these baby deaths and collapses.

“When the investigation was first launched it was focusing on the deaths of 15 babies that occurred between the period of June 2015 and June 2016.

“In addition the investigation was also conducting a review of six non-fatal collapses during the same period.”

The officer said the scope of the investigation had now “widened” since it started and that police were currently looking into the deaths of 17 babies and 15 non-fatal collapses between March 2015 and July 2016.

“As a result of our ongoing enquiries we have today arrested a healthcare professional in connection with the investigation,” said detective inspector Hughes.

“Whilst this is a significant step forward in our inquiries it is important to remember that the investigation is very much active and ongoing at this stage.

“There are no set timescales for this coming to a conclusion but we remain committed to carrying out a thorough investigation as soon as possible.”

The hospital had carried out several independent expert medical reviews into the deaths before alerting the police.

“Asking the police to look into this was not something we did lightly, but we need to do everything we can to understand what has happened here and get the answers we and the families so desperately want,” Mr Harvey said in a statement.

“The Countess is now equivalent to a Level 1 Special Care Baby Unit and we are confident the unit is safe to continue in its current form.”

Detective inspector Hughes said the parents of all the babies are being kept fully updated and supported by specially trained officers while the investigation continues.

He added: “This is an extremely difficult time for all the families and it is important to remember that, at the heart of this, there are a number of bereaved families seeking answers as to what happened to their children.”

:: Police are urging anyone with information to contact operation.hummingbird@cheshire.pnn.police.uk