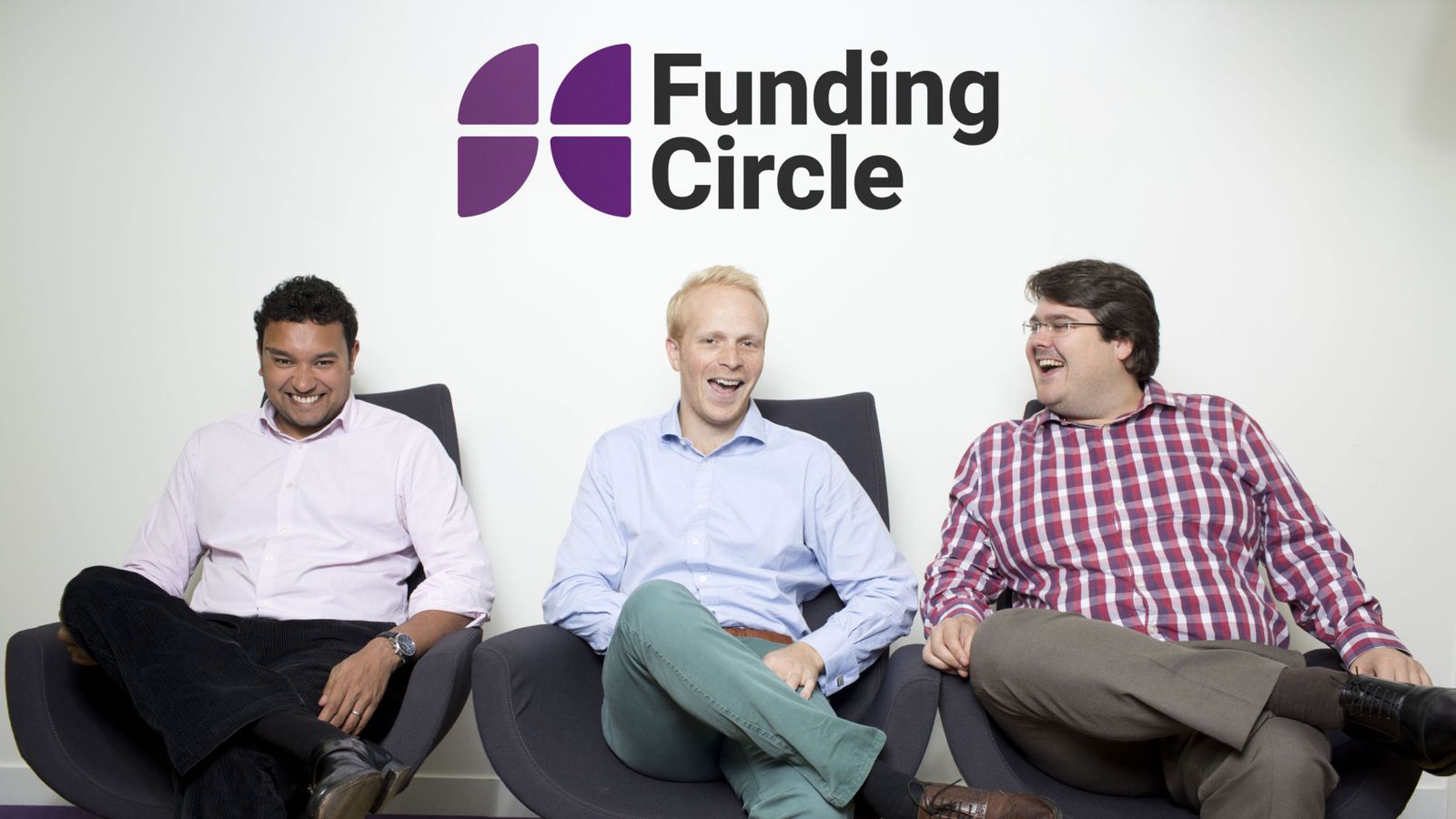 Launched in 2010 by three former Oxford University students, Funding Circle works by matching lenders to tens of thousands of small business borrowers, currently in the UK, US, Germany and the Netherlands.

Funding Circle said that the money raised will be used to bankroll expansion into new markets.

The lender has now made loans to small and medium-sized enterprises (SMEs) in excess of £5bn since being established eight years ago, with £1bn in the first half of this year alone.

The cash injection will also “enhance” the balance sheet and help “engender trust” in the group’s business with investors, borrowers and regulators, the company said.

Sky News understands that the flotation will value Funding Circle at up to £2bn.

A previous funding round last January valued the company at £900m ($1.16bn), giving Funding Circle membership to the hallowed club of “unicorns” – startups valued at more than $1bn.

Funding Circle’s formal registration of its intention to float on the stock exchange comes nine months after Sky News reported on the company’s plans for an initial public offering (IPO).

Funding Circle said that at least a quarter of the company’s traded shares will be available to public investors through the IPO.

Funding Circle also confirmed in its registration document Sky News’s report that Danish billionaire Anders Holch Povlsen, who is one of Britain’s biggest landowners, has agreed to buy a minimum 10% shareholding in the company through his private holding firm Heartland A/S, when the peer-to -peer lender floats in the autumn.

Mr Povlsen is one of Scandinavia’s wealthiest tycoons, owning the clothing retailer Bestseller and big stakes in Asos and German rival Zalando.

Temasek Holdings, the Singaporean state-owned vehicle, is also an investor.

Funding Circle already has a presence on the stock market, having listed an SME income fund on the London Stock Exchange in 2015.

Samir Desai, chief executive and co-founder of Funding Circle, said: “Today’s announcement is the start of the next stage in our exciting and transformational journey.

“By combining cutting-edge technology with our own proprietary credit models and sophisticated data analytics, we deliver a better deal for small businesses and investors around the world.”

Merrill Lynch, Goldman Sachs and Morgan Stanley are acting as adviser to the IPO.

Danny Cox, analyst at Hargreaves Lansdown, said: “IPO season seems to be picking up a bit of pace, and unlike with many new share issues, private investors will be able to participate in Funding Circle’s planned flotation.

“As ever investors should make sure they read all relevant documentation published by the company, and consider the risks as well as the potential upside of any investment.”

Funding Circle’s ascendance is in contrast to its US contemporary Lending Club, which floated in 2014 valued at $5.4bn (£4.1bn), but since then descended into scandal over the sale of loans.

Senior staff resignations – including that of founder Renaud Laplanche, and mounting legal costs have since plagued the US firm.