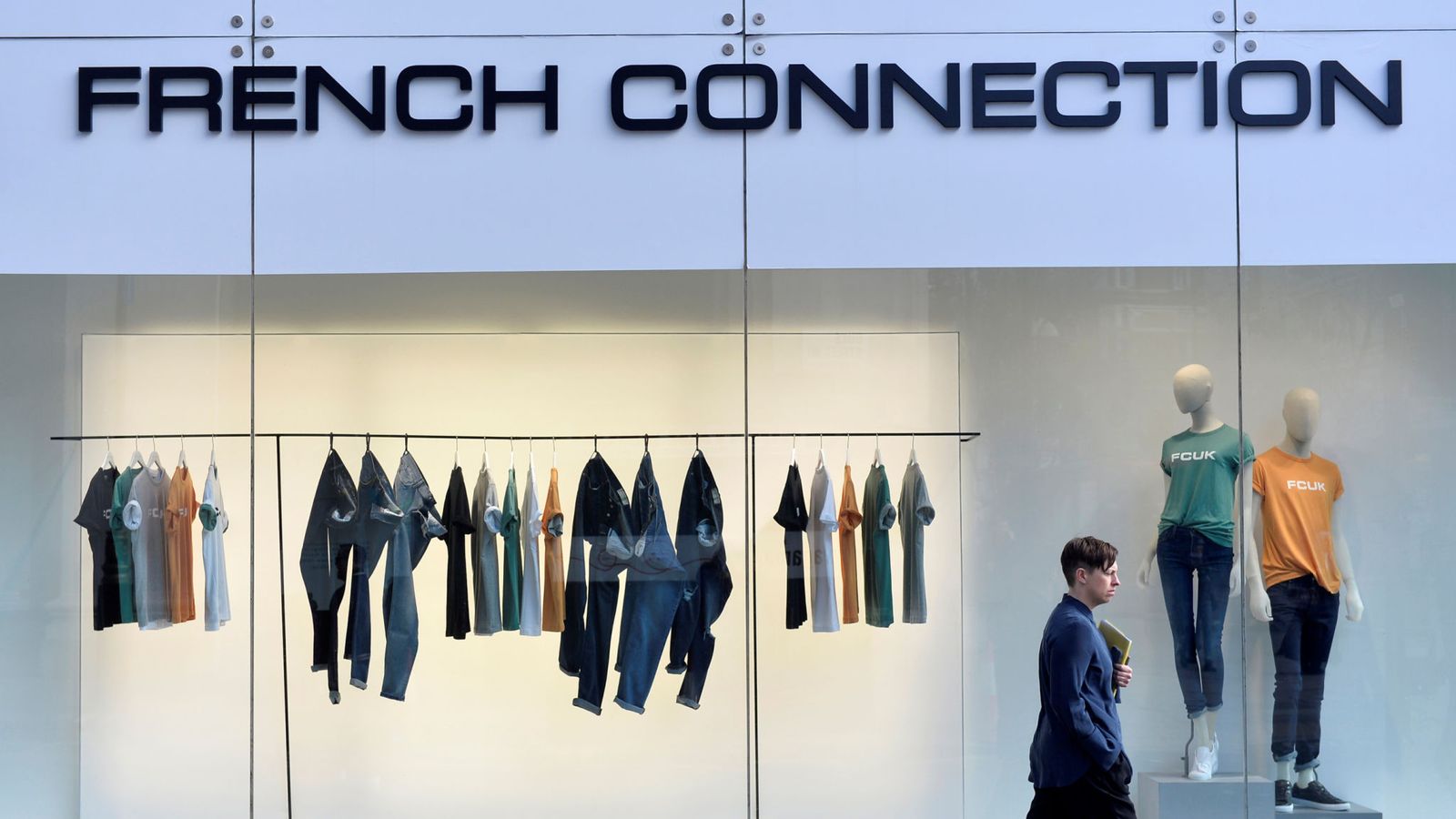 The founder of French Connection is preparing to bring the curtain down on half a century at the helm of the retailer he founded by sounding out buyers for his controlling stake.

Sky News can exclusively reveal that advisers to Stephen Marks, who has run one of the high street’s most prominent brands since 1969, have approached prospective bidders for his 42% shareholding in the last few days.

Any deal to buy Mr Marks’s stake would almost trigger an offer for the whole of French Connection under City rules, while a full takeover would almost inevitably lead to his retirement from the business.

French Connection‎ might be obliged to make a stock exchange announcement about the talks as soon as next week.

However, the process, which could last for several months, might not lead to a deal, and is currently at the stage of an exploration of options, according to one insider.

Mr Marks, a largely reticent figure despite running a prominent public company, has endured a bruising period of losses as the French Connection brand – best-known for its controversial fcuk marketing slogan in the 1990s and early 2000s – lost its way with younger consumers.

The company signalled last month, however, that despite a £15m loss during the first half of the year, it was targeting a profit when it reports annual results in 2019.

Sources said this weekend that among those sounded out by Numis Securities, the investment bank advising 72-year-old Marks, were private equity firms and other fashion retailers.

The return to the‎ cusp of profitability provides some vindication for Mr Marks, who has faced criticism from shareholders for refusing to split the chairman and chief executive roles in accordance with City convention.

The French Connection brand has demonstrated something of a revival by boasting a strong ‎sales performance on Asos, the online fashion retailer favoured by 20-something fashion-conscious shoppers.

Earlier this year, it sold its 75% stake in Toast, ‎a lifestyle brand focused on womenswear, accessories and homewares, to Bestseller, the Danish fashion house, for a better-than-expected sum.

Nevertheless, French Connection is now worth just a fraction of its value during its heyday, with a market capitalisation of just £41.3m at Friday’s closing share price.

A sale process for Mr Marks’s stake in French Connection is likely to be influenced by the intentions of Mike Ashley, the Sports Direct International billionaire, who owns roughly 27% of the business.

It was unclear this weekend whether Mr Ashley would have an interest in acquiring Mr Marks’s stake and making an offer for the company.

Sports Direct’s recent takeover of House of Fraser through a pre-pack administration had a financial impact on French Connection, which operates concessions in a number of the department store chain’s outlets, according to last month’s results statement.

Mr Ashley may also influence the future of a number of other retailers, including Evans Cycles and American Golf, both of which Sports Direct has made offers for in the last fortnight.

More significantly, his large stake in Debenhams could ultimately see it merge with HoF, depending upon the progress of financial restructuring efforts being pursued by the Debenhams board.

French Connection’s recent results included a £6.8m provision for store leases from which it has been unable to extricate itself, a familiar problem for an industry battling the rising cost of a high street presence even as revenues shift inexorably to digital channels.

The company is targeting having just 30 full-price stores by the end of this year.

Mr Marks’s decision to examine options for his stake is not the first time he has flirted with the idea of a sale.

In March, ‎the company said it had received an unsolicited takeover approach from an unnamed party in the US last year.

It said it had “entered a period of full due diligence and negotiation over a number of months” but that the interest “ultimately did not lead to an offer for the group”.

In 2016, reports suggested the company had hired other bankers to field approaches from private equity bidders.

A smaller shareholding in French Connection is held by Will Adderley, the Dunelm tycoon whose family was previously among the largest investors in Marks & Spencer.

While almost 80% of the share register is concentrated in the hands of just three investors, the outcome of the talks will be closely watched in the retail industry given Mr Marks’ profile.

A French Connection spokesman declined to comment this weekend.