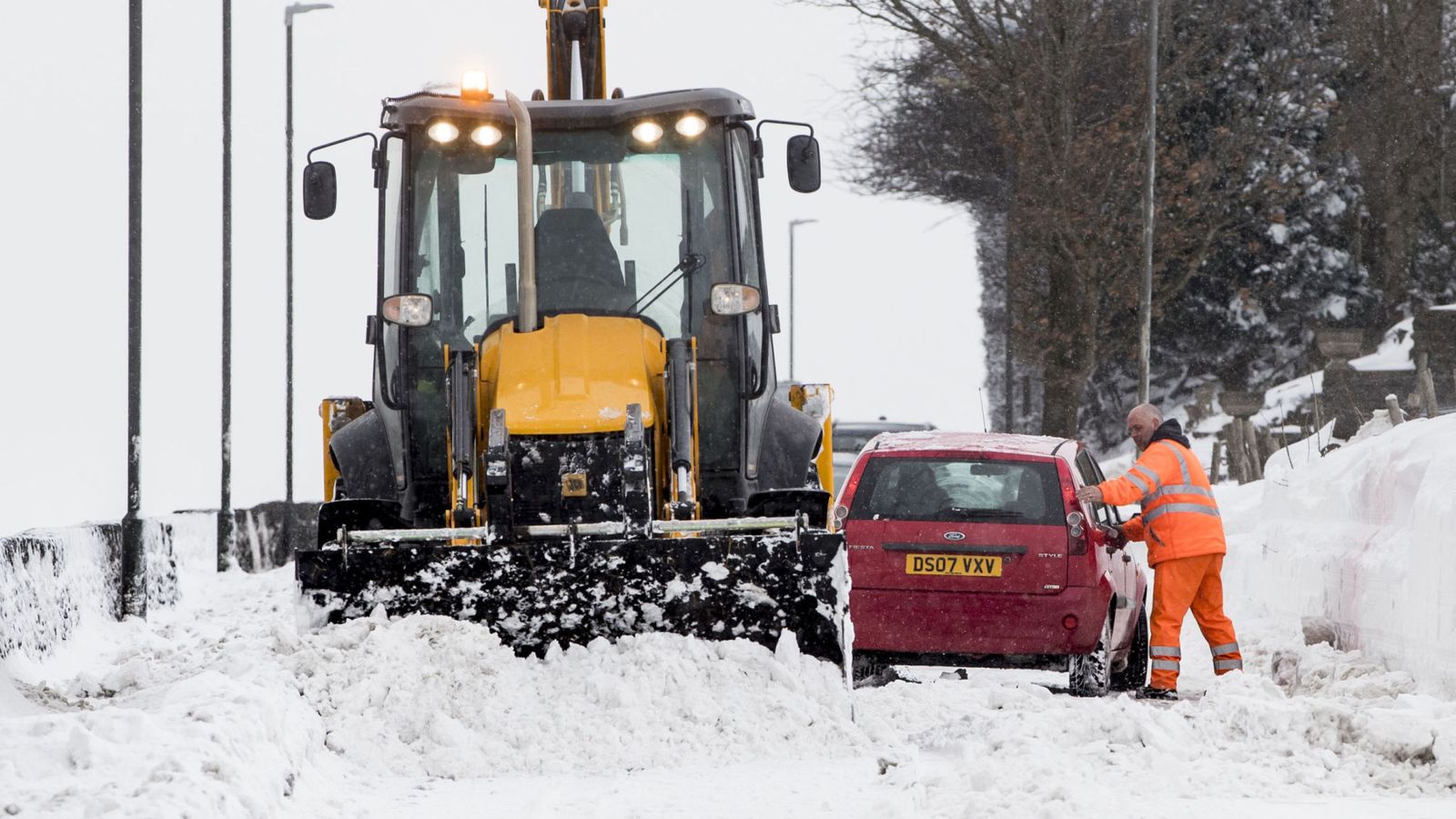 Direct Line expects to take a £50m hit from the Beast from the East, using up the bulk of its 2018 bad weather budget.

Shares in the insurance group, whose brands include Churchill, Green Flag and Privilege, fell 4% after it became the latest business to reveal the impact from the severe weather spell.

The cold snap has been partly blamed for the UK’s latest economic slowdown.

Direct Line said in a first quarter trading update that claims “associated with the big freeze” in the period were “expected to be in the region of £50m”.

That compares to £55m set aside for the whole of the 12-month period for home insurance major weather claims and £20m for commercial insurance.

Chief executive Paul Geddes said: “The freezing weather earlier this year hit many drivers, households and businesses hard, and I am proud of the way our people helped our customers during this difficult period, demonstrating the value of our insurance cover and service.

“We estimate the claims associated with the major freeze event will utilise the group’s full annual weather budget.”

Despite the hit, the group reiterated full-year financial targets.

Direct Line reported a 5% fall in gross written premiums to £769.9m, after its exit from tie-ups with Nationwide and Sainsbury’s.

Retailers including Debenhams and Ocado have also reported an impact from the big freeze while there are signs that the construction sector has taken a major hit as well.