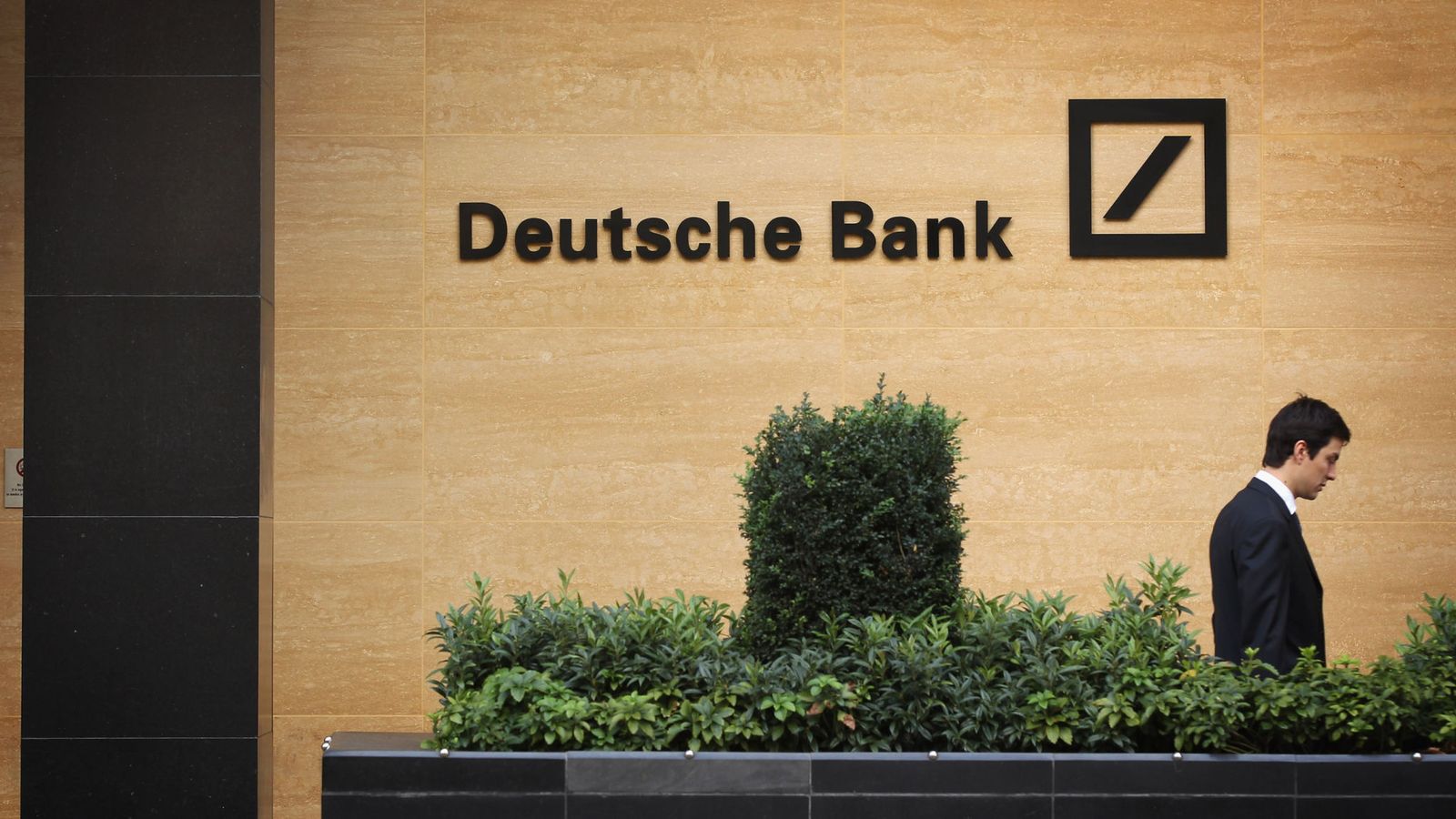 Struggling Deutsche Bank says it is to cut more than 7,000 jobs, in a move that will see staff numbers in London scaled back.

Germany’s biggest lender, which is battling a shareholder backlash at its AGM in Frankfurt today following three years of financial losses, said the job reductions were part of accelerated cost-saving measures across the group.

It is understood hundreds of positions will be affected in its UK operation.

The bank employs roughly 8,500 staff in London. The news is a new blow to the City, which is also facing the prospect of a Brexit-linked loss of work to other major European cities because of EU access concerns.

A significant part of Deutsche’s Equities Sales & Trading business is based in the capital.

Deutsche said it was “significantly” reshaping the division, with a quarter of its worldwide employees being let go while the Cash Equities operation was also being refocused.

Business in Prime Finance was to be scaled back by €50bn, it said, contributing to a total €100bn reduction in loan exposure at its Corporate and Investment Bank.

Deutsche said in a statement: “The number of full-time equivalent positions is expected to fall from just over 97,000 currently to well below 90,000.

It added that the “personnel reductions are underway”.

Deutsche has been embroiled in years of painful recovery since the financial crisis, when it paid the price for runaway expansion.

Investors will vote at the AGM on a motion to dismiss the bank’s chairman, Paul Achleitner.

There is anger among institutional shareholders over his and the bank’s performance which culminated in the ousting of chief executive John Cryan last month in favour of Christian Sewing.