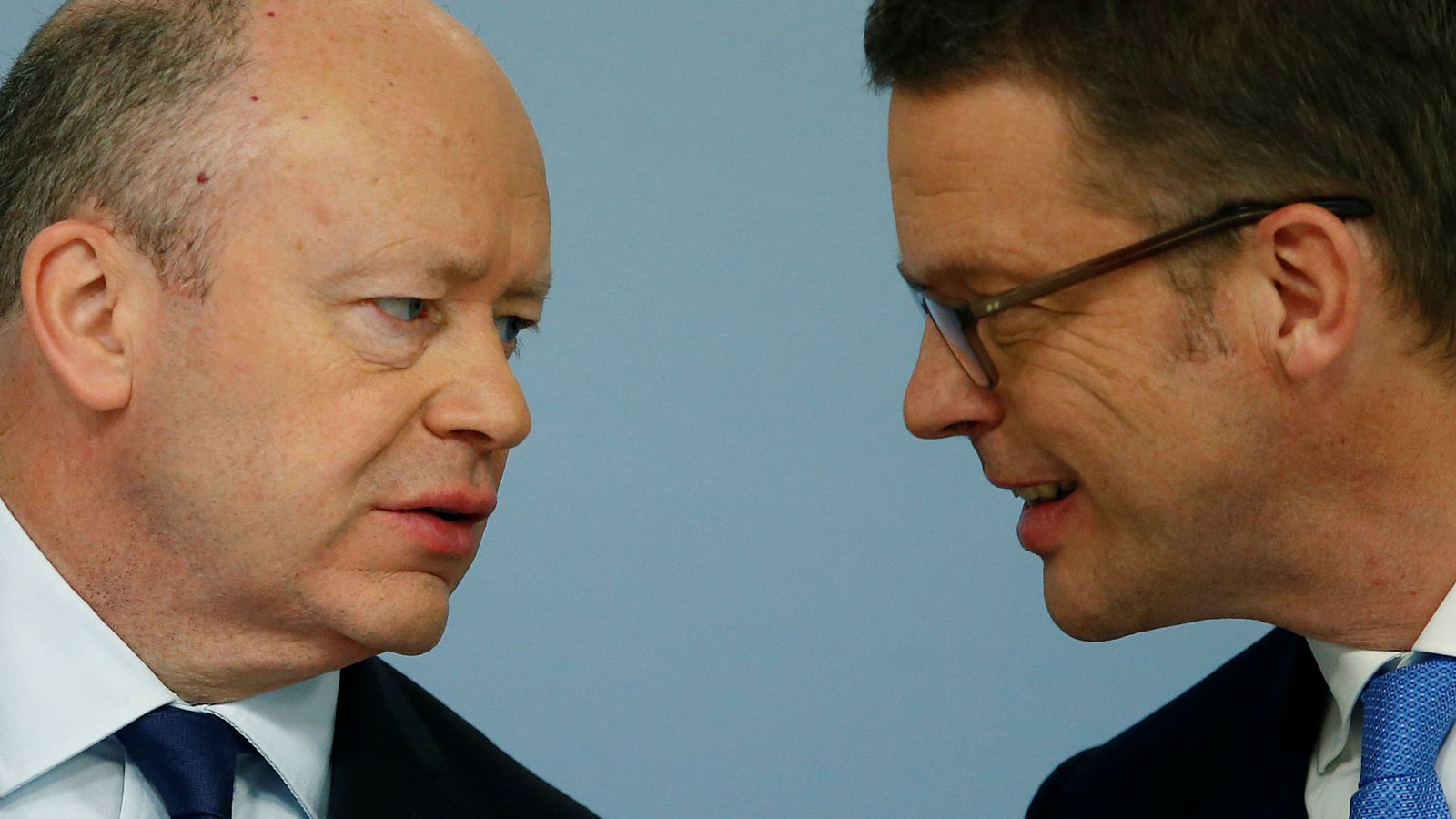 Mr Cryan will leave Germany’s biggest lender at the end of April.

He took the job in July 2015, following the departures of co-CEOs Anshu Jain and Juergen Fitschen.

Before that, he was president for Europe at the Singaporean sovereign wealth fund Temasek and chief financial officer of Swiss bank UBS.

The 57-year-old had tried to cut costs and pull the bank from less profitable businesses and regions.

Despite this, recovery was slow, not helped by low interest rates putting pressure on lending margins as well as a reduced income from trading stocks and bonds.

A good chunk of any profits were eroded by litigation costs and Deutsche Bank lost €735m (£640m) last year.

Paul Achleitner, chairman of the bank’s supervisory board, said in a statement: “Despite his relatively short tenure as CEO, John Cryan has played a critical role in the almost 150 year history of Deutsche Bank – and laid the groundwork for a successful future of the bank.

“The supervisory board in general and I personally are grateful for this.

“However, following a comprehensive analysis we came to the conclusion that we need a new execution dynamic in the leadership of our bank.”

Mr Cryan is to be replaced by Christian Sewing, who has been at Deutsche Bank since 1989 and was previously a member of the bank’s management board.

Mr Achleitner described the new chief executive as a “strong and disciplined leader”.

He added: “The Supervisory Board is convinced that he and his team will be able to successfully lead Deutsche Bank into a new era.”

Mr Sewing told employees that the bank would review the structure of its investment bank.

“The time pressure is on and the expectations are high from all sides – our clients, our investors, the regulators, politicians and the media,” Sewing said, in a letter to staff.

“The priority is to leverage our strengths and to allocate our investments accordingly.

“And at the same time we will look to free up capacity for growth by pulling back from those areas where we are not sufficiently profitable.”