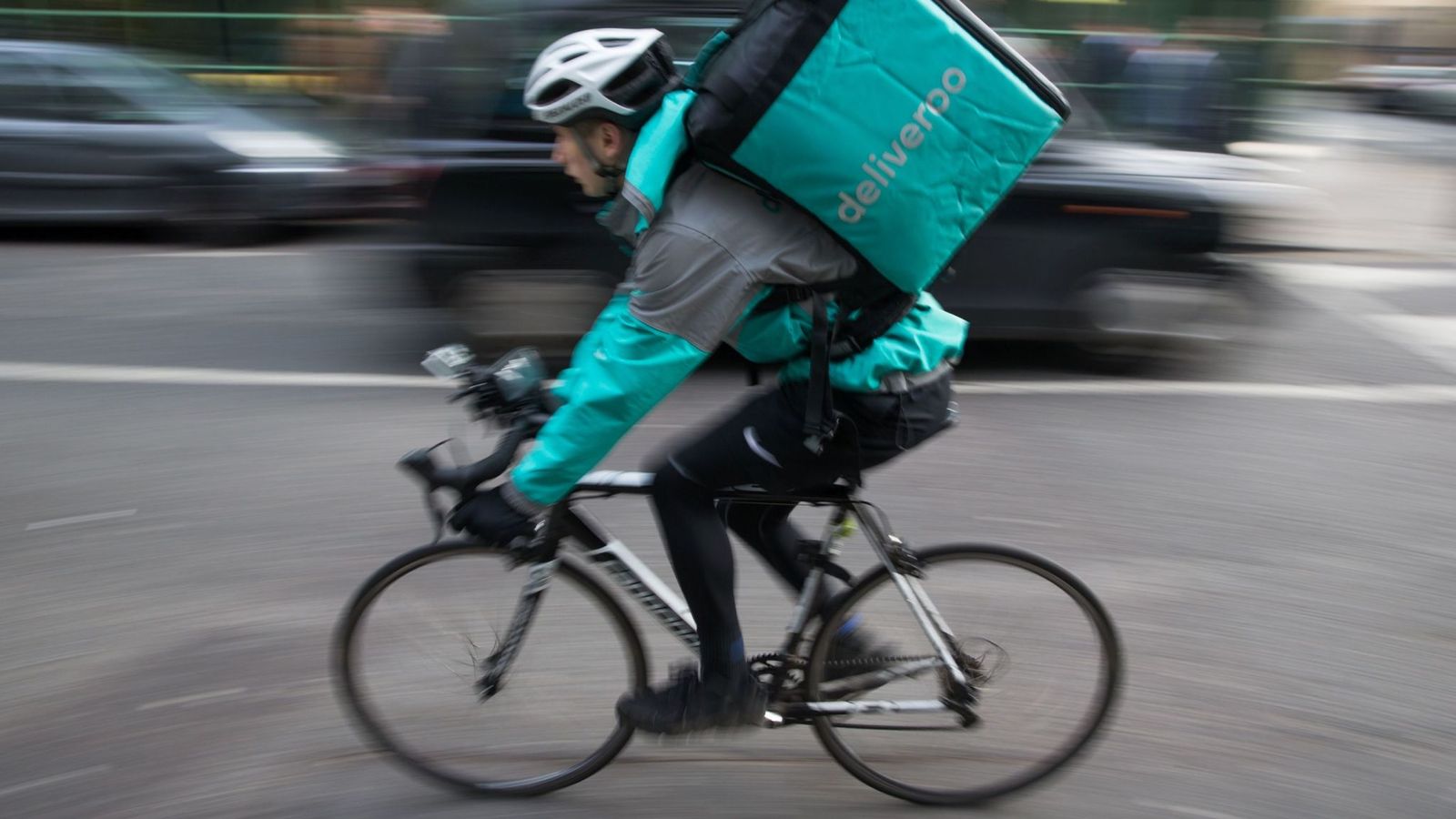 Deliveroo, the food delivery service which is a leading member of Britain’s ‘gig economy’, is to hand staff a £10m share pot in a move towards an eventual public listing.

Sky News has learnt that Will Shu, Deliveroo’s founder, told employees last week that permanent workers would be handed stock options worth an average of £5,000 during the coming months.

Deliveroo’s army of delivery riders, who are classed as self-employed contractors rather than permanent employees, will not share in the windfall.

A source said the company’s nearly 2,000 staff would be allowed to redeem their options “when it goes public or in another exit event”.

Deliveroo was valued at well over £1.5bn last year when it raised a new round of funding from the asset managers‎ Fidelity and T Rowe Price.

It is seen as an obvious candidate to float on the stock market – an ambition‎ which has been publicly acknowledged by Mr Shu – although insiders insist it is not on the short-term agenda.

Bankers believe an initial public offering, which could take place in London or New York, is unlikely for at least 18 months.

In his note to staff, which has been seen by Sky News, Mr Shu‎ said he wanted “all of you to be owners”.

“Today I am announcing that all permanent employees at Deliveroo will get the chance to be a shareholder in our company.

“Yes, that’s right – each and every one of you will get stock options in Deliveroo.

“Why? Because Deliveroo’s success is not just my success. It’s our success.

“This is not just my company. It’s our company.”

Mr Shu, an American who founded Deliveroo in 2013, has expanded it to a dozen countries and overseen explosive revenue growth as consumers increasingly turn to the convenience of home delivery services.

Rivals in the sector include UberEats and Just Eat, which has seen its London-listed shares perform strongly.

Deliveroo partners with thousands of restaurants, including chains such as Wagamama and Nando’s, and takes a commission from each order that it fulfills.

Its rapid growth has not been without controversy, with public and political criticism of its treatment of riders who have had few of the employment rights‎ enjoyed by conventional employees.

It is undertaking a pay review‎, on which Mr Shu said in the same memo staff would be updated “shortly”.

On Wednesday‎, The Guardian reported that the Independent Workers Union of Great Britain was trying to raise £50,000 to fund the continuation of its efforts to achieve a better deal for Deliveroo couriers.

The company remains loss-making although that is not dissimilar to the financial path followed by most ultimately successful technology start-ups.

‎”As we’ve grown – at an incredible pace – what sets us apart from our competitors is that we have an immense hunger to win, strong focus and a clear vision for the future,” Mr Shu wrote.

“I’ve seen this in every market, in every department and at every level and I see people wanting to join Deliveroo because we lead and we innovate – and that’s what ultimately gives us our edge over the competition.”

Mr Shu’s stake in Deliveroo is expected to be worth several hundred million pounds when the company does float or get sold.