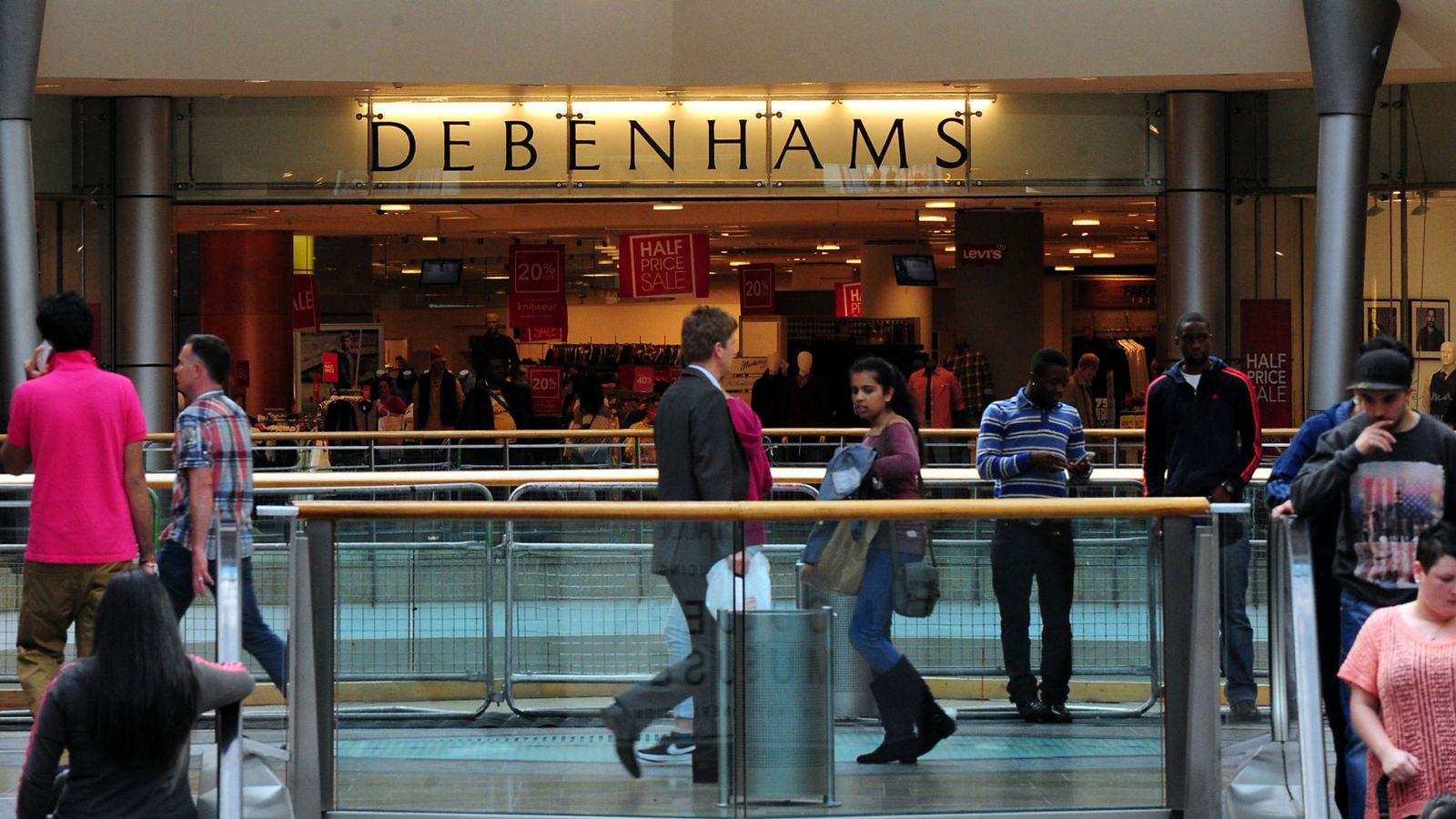 Shares in Debenhams plunged 17% after the troubled retailer called in advisers as it considers plans that could lead to the closure of stores.

Debenhams is considering a list of options that include a company voluntary agreement (CVA), a controversial way to reduce debts and close stores, Sky sources said.

Other options the firm could be looking at include renegotiating leases on stores that are up for renewal, selling off its Danish arm Magasin du Nord and giving up space in some of its large stores.

The company has brought in KPMG to help draw up the turnaround plans, according to The Sunday Telegraph.

In a statement, Debenhams said: “Like all companies, Debenhams frequently works with different advisors on various projects in the normal course of business.”

CVAs have been used by a number of retailers, including New Look, Carpetright and Mothercare, to seek creditors’ permission to close stores and slash rent bills.

The use of CVAs is unpopular among landlords who have seen rents slashed by up to 90%.

David Cheetham, chief market analyst at Xtb, said: “The firm has lost two thirds of its market value in 2018 alone, as it issued 3 profit warnings and has announced a series of job cuts and it now appears to be seeking outside help in a bid to stop the rot.

“Debenhams has been a stalwart of the British high street for more than a century but its recent decline is in keeping with broader troubles for bricks and mortar retailers that have failed to adapt to the rise in e-commerce.

“These troubles are widely known and Debenhams has been one of the most widely shorted stocks on the LSE (Londons Stock Excahnge) of late with more than 10% of the float currently believed to be out on loan to those betting on its share price to fall.”

In June, the company issued its third profit warning, admitting sales were falling short of already lowered expectations amid the crisis facing the high street.

At the time, Debenhams said it had accelerated its cost-cutting plans so further efficiencies could be identified in future.

Debenhams last month said it would cut up to 90 staff at its fashion and home departments as part of a major cost-cutting drive.

To compound matters, Debenhams is also the subject of takeover talk, with speculation building that Mike Ashley is set to merge it with his newly acquired House of Fraser.

Mr Ashley owns just under 30% of Debenhams, close to the threshold at which he must launch an official takeover bid.