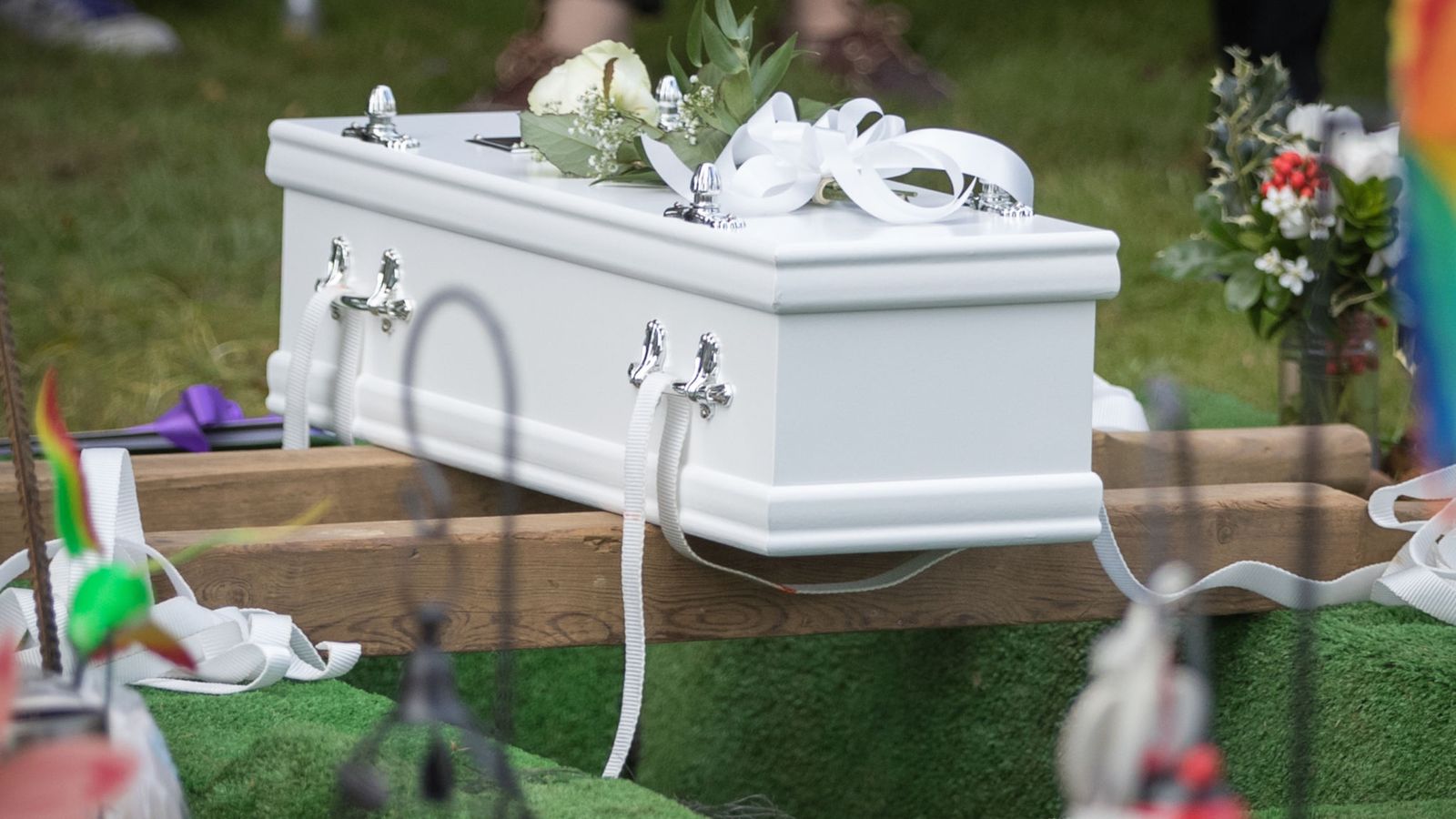 Child burial fees are to be axed following a campaign by an MP who was forced to take out a loan to bury her eight-year-old son.

Carolyn Harris, MP for Swansea East, lost her son Martin in a car accident in 1989 and the cost of burying him prompted her to campaign for the Government to help grieving parents.

As a result, the Government has announced a Children’s Funeral Fund which will pay for the costs of children’s burials and cremations in England, which can exceed £3,000.

This will bring England in line with Wales on the issue.

The move will see every local authority waiving burial and cremation fees for children and the Government paying the bill.

Ms Harris told Sky News it was a “bittersweet victory but a victory nonetheless”.

She said: “I celebrated last year when the Welsh Government gave me the Children’s Funeral Fund, I’ve celebrated when every local authority right across this country has done this.

“But at last, after so much pressure and so much time, families right across the United Kingdom can know that if they’re ever in that terrible, terrible position when they lose a child, that there will now be a pot of money available to make sure that child has a dignified and respectful funeral.”

Prime Minister Theresa May said: “No parent should ever have to endure the unbearable loss of a child – a loss that no amount of time will ever truly heal.

“But in the raw pain of immediate loss, it cannot be right that grieving parents should have to worry about how to meet the funeral costs for a child they hoped to see grow into adulthood.

Every year an estimated 4,350 children die under the age of 18 and grieving parents can face thousands in council fees for burial or cremation costs.

The PM has intervened to establish a Funeral Fund for grieving parents who have lost their child: https://t.co/fcX5S3YbLm

“In the darkest moment of any parent’s life there is little light – but there can be support.”

“This is a simple piece of dignity for bereaved families across the country, secured through tenacious campaigning by Labour’s Carolyn Harris who tirelessly kept up the pressure when the Government was dragging its feet,” he said.

“No parent who has gone through the heart-breaking experience of losing a child should be left struggling to cover the cost of a funeral.”