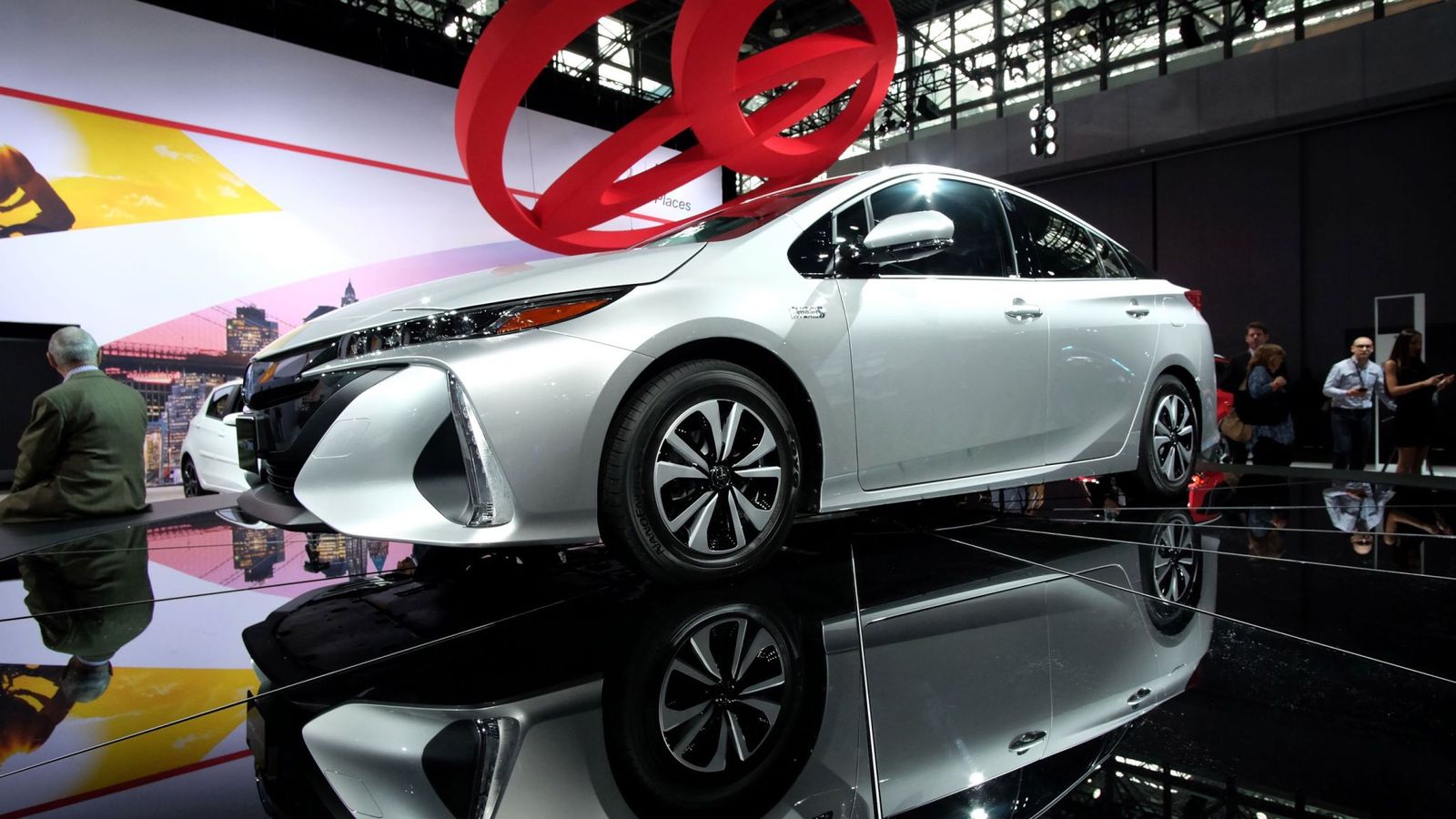 Plans to stop the sale of new cars that are unable to drive more than 50 miles using electric power are to be announced, Sky News understands.

Industry publication Autocar reported that a Government “ban” on such cars would be enforced from 2040 as part of the Road To Zero Strategy.

If manufacturers comply, most hybrid cars on sale today, including the Toyota Prius, will no longer be available to buy new.

However, a source speaking to Sky News said there would not be a formal ban but that the Department of Transport intends to work with industry members to achieve the change.

The news follows the Government’s announcement last year that it would ban all diesel and petrol cars in the UK by 2040.

The effect of that measure on hybrid vehicles – which combine electrical power with a traditional combustion engine – has been unclear.

The Department for Transport said it is “categorically untrue” that they intend to ban all new hybrids by 2040, but it appears the vehicles will need a zero-emissions range of at least 50 miles.

Those on sale today tend to offer around 30 miles.

Combining the diesel and petrol ban with the pressure to increase electric-fuelled mileage, around 99% of all vehicles on sale today would no longer be sold.

The strategy document including the new 50-mile measure is still being finalised by the environment, business and transport departments.

Pressure to improve air quality is continuing to grow after it was revealed that London breached its legal air pollution limit for the whole year before the end of January.

Electrified vehicles make up a very small part of the overall market, only accounting for 5.2% of all new car purchases in the first four months of this year, according to Autocar.

However, sales are increasing: figures from the Society of Motor Manufacturers and Traders (SMMT), which speaks on behalf of car makers, show that the number of new registrations in April 2018 for pure electric plug-in cars had risen by 39.1% compared to April 2017, from 668 to 929.

Sales of electric cars are likely to rise as the infrastructure to support them improves, such as more charging points, and new models are developed.