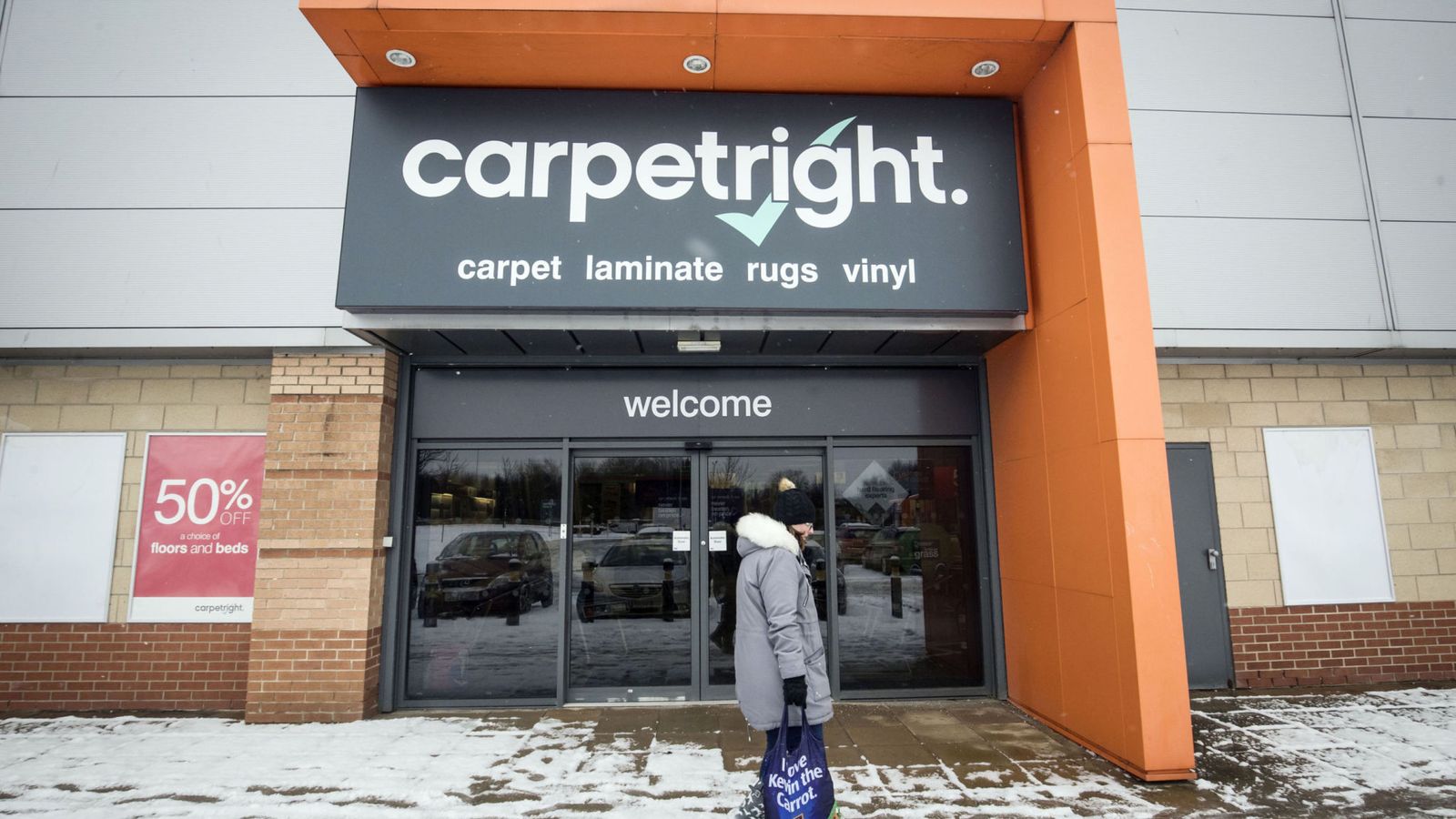 Carpetright has said it is closing 92 stores – resulting in 300 job losses – as it fights for survival under a sweeping restructure.

The beleaguered retailer, which employs 2,700 people in the UK, said 11 of the sites earmarked for closure had already stopped trading.

The move follows a review of its property portfolio which found 205 sites were underperforming or on unfavourable lease terms.

Carpetright said it hoped to relocate affected staff – and said rent would be slashed on the other 113 struggling sites under the rescue plan.

Wilf Walsh, chief executive of Carpetright, said: “These tough but necessary actions will enable us to address the burden of a legacy UK property estate consisting of too many poorly located stores on unsustainable rents, and are essential if we are to restore our profitability and deliver a successful turnaround.

“We will remain in close contact with all colleagues to keep them fully informed as we move through this process.”

The company’s shares tumbled by 19% at one stage in early trading after Thursday’s proposals.

Carpetright, which trades from 409 shops across the country, revealed last month that it was exploring a strategy to get back on its feet after battling difficult trading conditions.

It also warned it was likely to slump into the red this year and was looking at a range of options to beef up its balance sheet.

The company said since its last update in March, trading had remained “difficult” and it still expected to report a loss for the year to 28 April.

The restructuring comes under a Company Voluntary Arrangement (CVA) – a form of insolvency aimed at protecting a business from going bust by cutting its costs.

The firm said the CVA would help it to “address the competitive threat from a position of strength”.

It also confirmed it was seeking to raise £60m from investors to fund plans to reboot the business and bring down debt.

The details came as it revealed a “technical breach” of its banking arrangements, but the group said it was taking action to address this and ensure it is amended for the future.