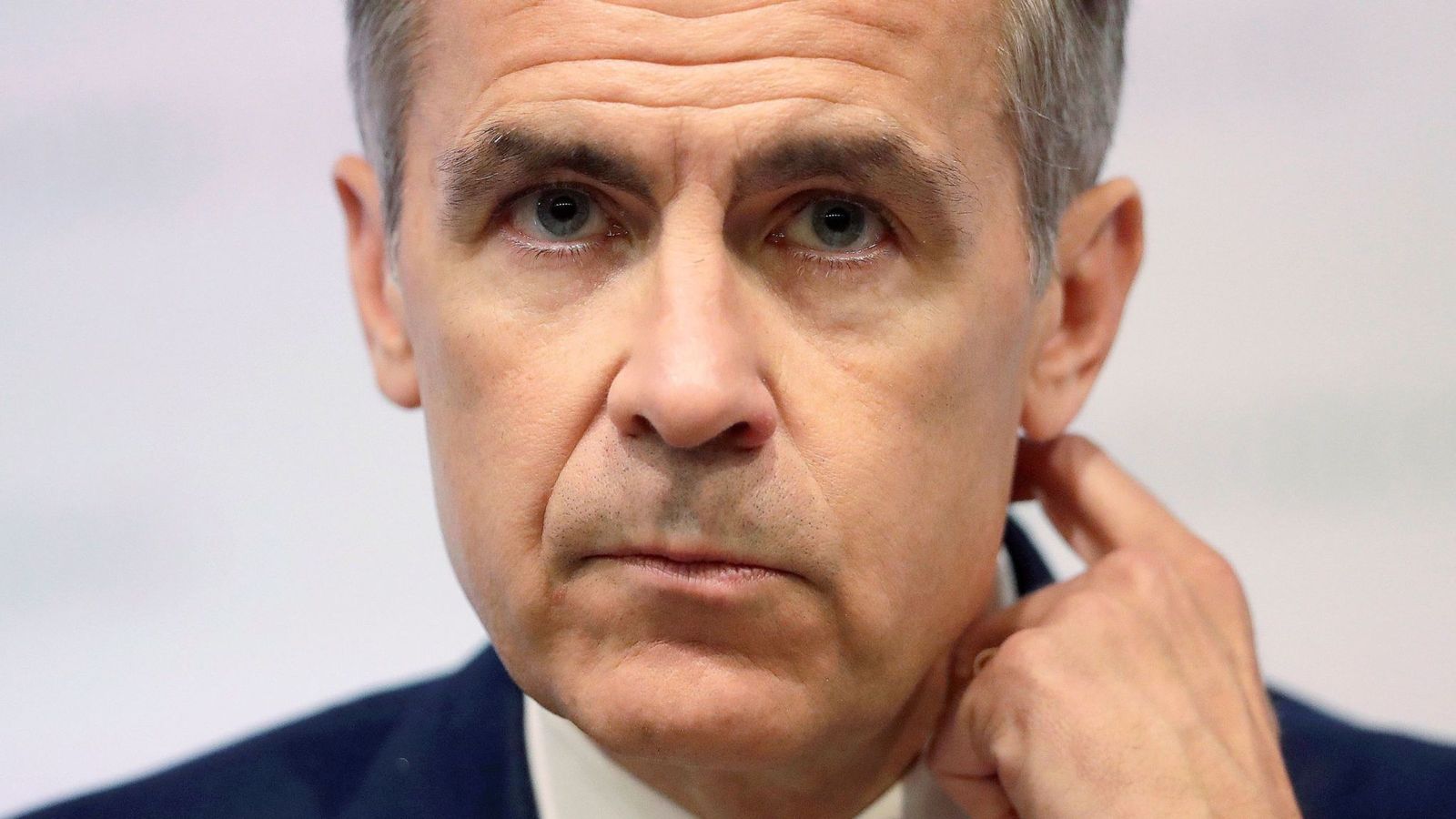 The Bank of England governor has reportedly said Britain’s economy could enjoy a boost worth billions if Theresa May secures a deal with the EU based on her Chequers plan.

According to the Financial Times, Mr Carney told the cabinet on Thursday that the economy could get a £16bn bounce.

It comes after he also warned that in a worst case scenario a “no-deal” Brexit could see house prices fall as much as 35% over three years.

Mrs May has faced a backlash over the Chequers plan from hardline Brexiters in her cabinet and party.

The FT reported that eurosceptic ministers such as Michael Gove and Andrea Leadsom had sat in silence during Mr Carney’s presentation and did not challenge the governor on his bleak assessments.

Mr Carney warned ministers of rising inflation and unemployment if Britain left the EU in March 2019 without a deal.

However, according to the FT, Mr Carney also told ministers that if the PM succeeded in negotiating a deal similar to the Chequers plan – which envisages a free-trade area for goods and agriculture – there would be an economic bounce.

The paper quotes a cabinet source as saying: “Carney said that we would recover three-quarters of the growth lost after the 2016 referendum because Chequers would imply more access to the European market than under current assumptions.”

Mr Carney said the size of the economy reduced about 1% since the 2016 referendum and that after a good Brexit deal Britain could recover most of that lost output, amounting to £16bn.

As well as opposition to Mrs May’s plan from eurosceptics at home, the EU has also cast doubt on whether it can accept key elements of the plan.

On Thursday, the government released the latest batch of papers outlining how it says a failure to reach a deal could affect British life.

They included the possibility of British drivers facing the “extra burden” of applying for a permit to drive in the European Union.