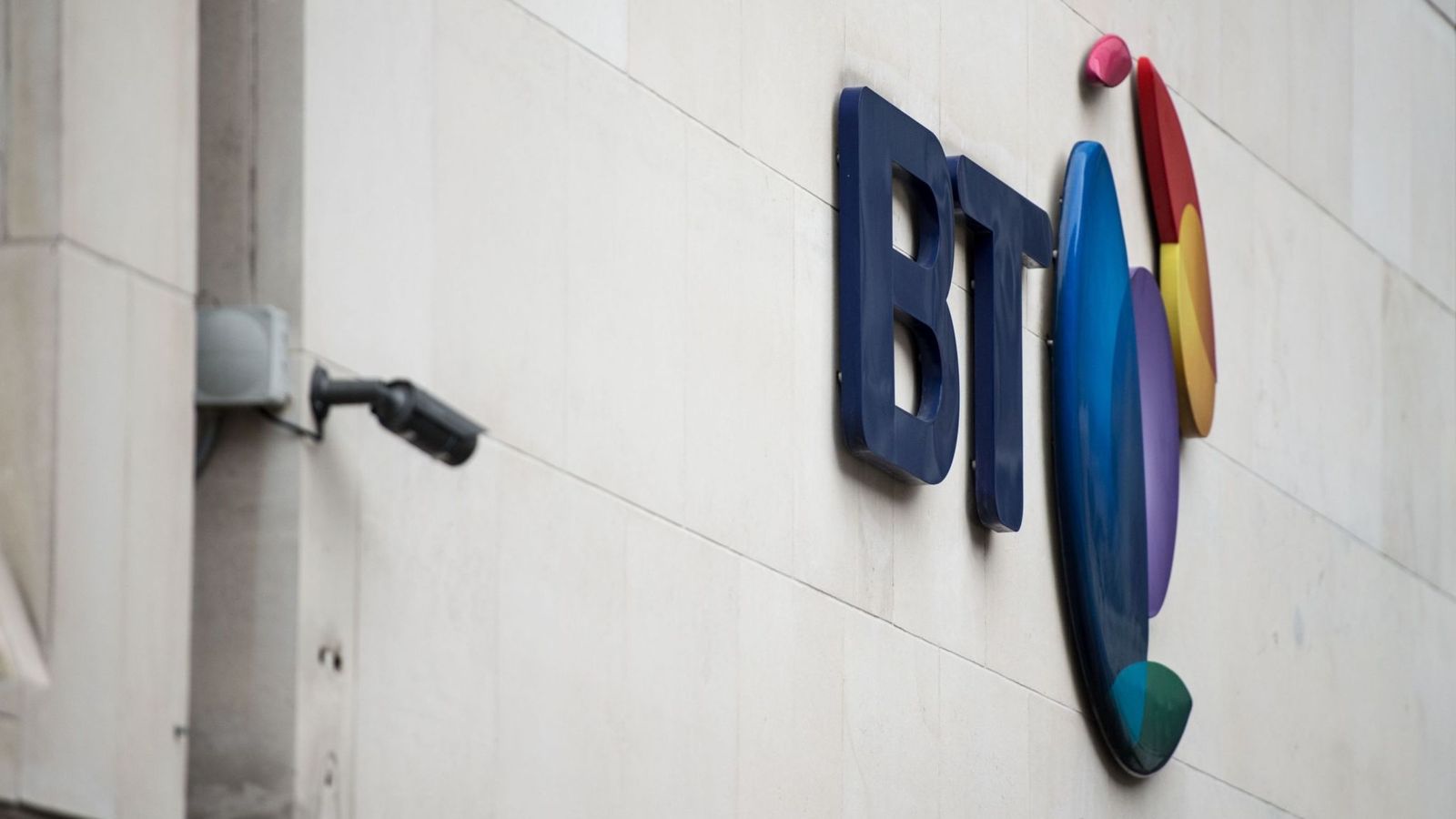 BT Group has sparked a bitter legal fight with ministers over pension reforms which it claims have increased the burden of one of the biggest retirement scheme liabilities in corporate Britain.

Sky News has learnt that BT’s lawyers have sent a letter before action to the Treasury to warn that the company will seek a judicial review unless the changes are reversed.

The row relates to part of the BT pension scheme which retains a link to Whitehall’s civil service scheme, dating back to the period prior to the FTSE-100 telecoms giant’s 1980s privatisation.

A government consultation running until February last year had sought input to the review of how to meet pension obligations to public servants with an occupational pension scheme called a GMP.

Sources said the company had warned the government that its planned changes had added £100m to BT’s pension scheme, with greater rises likely in the future.

The changes are understood to encompass several thousand BT scheme members, and the company is said to have been angered by the fact that alternative ways it had suggested of honouring the government’s commitments had been ignored.

While the immediate impact is relatively modest in the context of BT’s estimated £14bn pension deficit, the disclosure comes just days before the company presents annual results to the City.

Its vast pension liabilities remain one of the biggest concerns to investors in the company, which endured a torrid 2017 but has begun to demonstrate a revival under Gavin Patterson, its chief executive‎.

In a statement this weekend, a BT spokesman said: “The government has taken a decision about how benefits are increased in public sector pension schemes, and by implementing it in a particular way they have created an unintended impact on the BT Pension Scheme.

“We have started a legal process as we believe there are fairer ways for the government to meet its commitments, without creating this impact on BT’s private sector pension scheme and we hope the government will reconsider the route they have taken.”‎

Next week’s results presentation is expected to include an update on BT’s pension deficit, which it has fought to manage by limiting future accruals.

Analysts have published research notes in recent days predicting that BT will cut an additional 6,500 jobs as part of Mr Patterson’s strategy to further improve the company’s performance over the next three years.

Last year, BT was hit by an accounting scandal in its Italian business, prompting it to decide to sell some of its Global Services operations in Europe.

Jan du Plessis, the former Rio Tinto chairman, has just replaced Sir Mike Rake as BT’s chairman and is said by investors to be supportive of Mr Patterson’s strategy and performance.

A Treasury spokesperson said: “We are disappointed that BT have decided to challenge the government’s recent decision on this issue.

“We are not able to comment further on ongoing court proceedings at this time.”