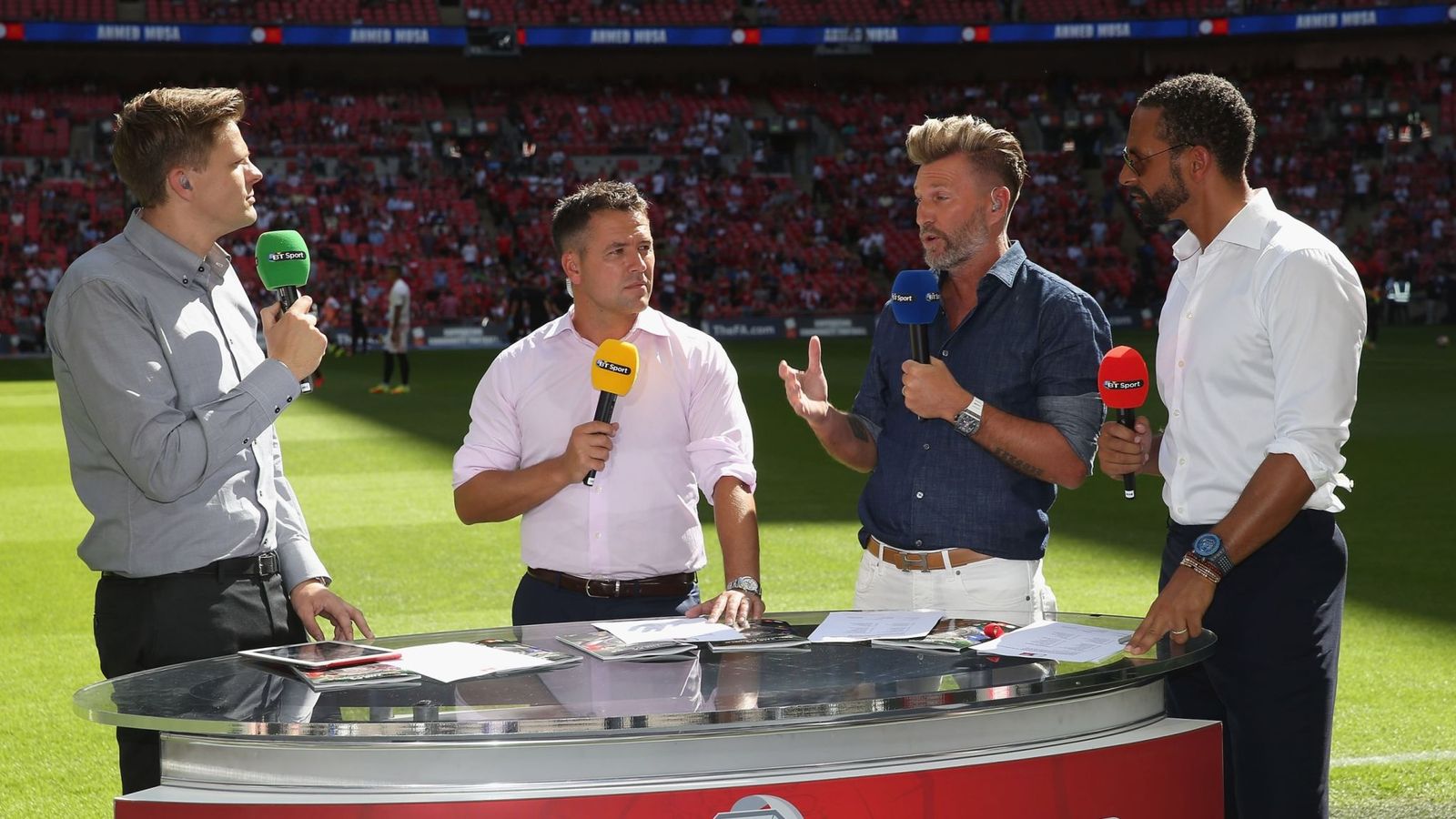 Sky News can reveal that BT, which said in June that Gavin Patterson would step down later this year, has identified Mr Jansen as its preferred candidate for the post.

Sources said this weekend that Mr Jansen, whose CV includes a stint as the managing director of Telewest Communications, had not yet formally agreed to accept the role but suggested that he was expected to do so.

“It’s his job to turn down,” said one person close to the search process, which is being run by MWM Consulting, the boardroom headhunter.

If Mr Jansen does take the post, an announcement is expected from BT’s board within the next month, according to an insider.

Should the appointment fall through, other remaining candidates for one of the top jobs in corporate Britain are said to include Olaf Swantee, the former head of BT’s mobile communications arm, EE.

Dominique Leroy, the chief executive of Belgian telecoms group Proximus, is also said to have been considered, while Lord Carter, the former NTL chief, is understood to have said that he was keen to remain at the helm of Informa, the exhibitions operator.

The new BT chairman, Jan du Plessis, has indicated to colleagues that he did not want a seasoned telecoms executive to replace Mr Patterson.

“He wants someone to look at the business with a fresh pair of eyes,” said one.

Nevertheless, Mr Jansen, who has worked in several industries, would bring to BT a deep understanding of the shifts being wrought by rapid technological change on communications and IT-related industries.

BT faces a number of stiff challenges during the next three years, including implementing 13,000 job cuts announced by Mr Patterson shortly before his exit was disclosed by the company.

It is also wrestling with the Government and Ofcom, the industry regulator, over a multibillion pound programme to upgrade Britain’s digital infrastructure.

In addition, it has one of the UK’s largest corporate pension deficits to address, part of the legacy of its former status as a state-owned monopoly.

Some BT shareholders were reported recently to be keen for Mr Patterson’s successor to examine a break-up of the business that would involve spinning off Openreach, its broadband unit which has adopted an independent board and governance structure in the last 18 months.

Sky plc, the owner of Sky News, competes with BT in areas including sports rights, broadband, mobile and home communications.

Mr Jansen is well-regarded by City institutions, most recently for the job he did steering Worldpay onto the stock market and then growing its earnings to the point that it agreed a £22bn merger with US rival Vantiv.

Worldpay, which retains a secondary listing in London, announced this week that Mr Jansen would step down at the end of the year.

Since the merger, the company’s value has risen and now has a market capitalisation of about $30.7bn (£23.5bn).

One possible stumbling block in BT’s negotiations with Mr Jansen could be the tens of millions of dollars in Worldpay share options that he would almost certainly have to forfeit by joining the FTSE-100 company.

BT, which suffered an investor backlash over boardroom pay at its annual meeting in July, would be unable to buy out Mr Jansen’s stock options, and has indicated to potential successors that they could expect to be paid no more than Mr Patterson, according to insiders.

One person who knows Mr Jansen insisted that remuneration was unlikely to derail his appointment, although they pointed out that he was likely to want a free hand to reshape the company’s strategy.

Since joining Worldpay, Mr Jansen is thought to have made more than £100m from his role there and as the former chairman of Brakes, the food distributor.

The current BT recruitment process is not the first time that Mr Jansen has been linked with the chief executive’s job there.

As long ago as 2004, when he was running the tour operator MyTravel, he was reported to be a target for Sir Christopher Bland, the then BT chairman.

One City source suggested that Sir Mike Rake, who made way for Mr du Plessis earlier this year, might have played a role in alerting the current BT chairman to Mr Jansen’s availability.

Mr Jansen also has links to Mr Patterson, with the two men having worked together at both Telewest and Procter & Gamble.

The decision to part ways with Mr Patterson after a five-year stint at the helm of the fixed-line and mobile telephony-to-IT services group came amid unrest expressed by some investors at the performance of BT’s shares.

The company has also fought a series of protracted battles with Ofcom, the industry regulator‎, over issues including the future of Openreach.

In May, Mr Patterson announced plans to axe thousands of jobs alongside symbolic moves including the departure from its long-serving London headquarters, which was presented as an attempt to accelerate BT’s modernisation.

Shortly after that, Mr Patterson’s exit was announced, despite Mr du Plessis saying publicly that the board backed his strategy for the business.

BT declined to comment this weekend, while Mr Jansen could not be reached.