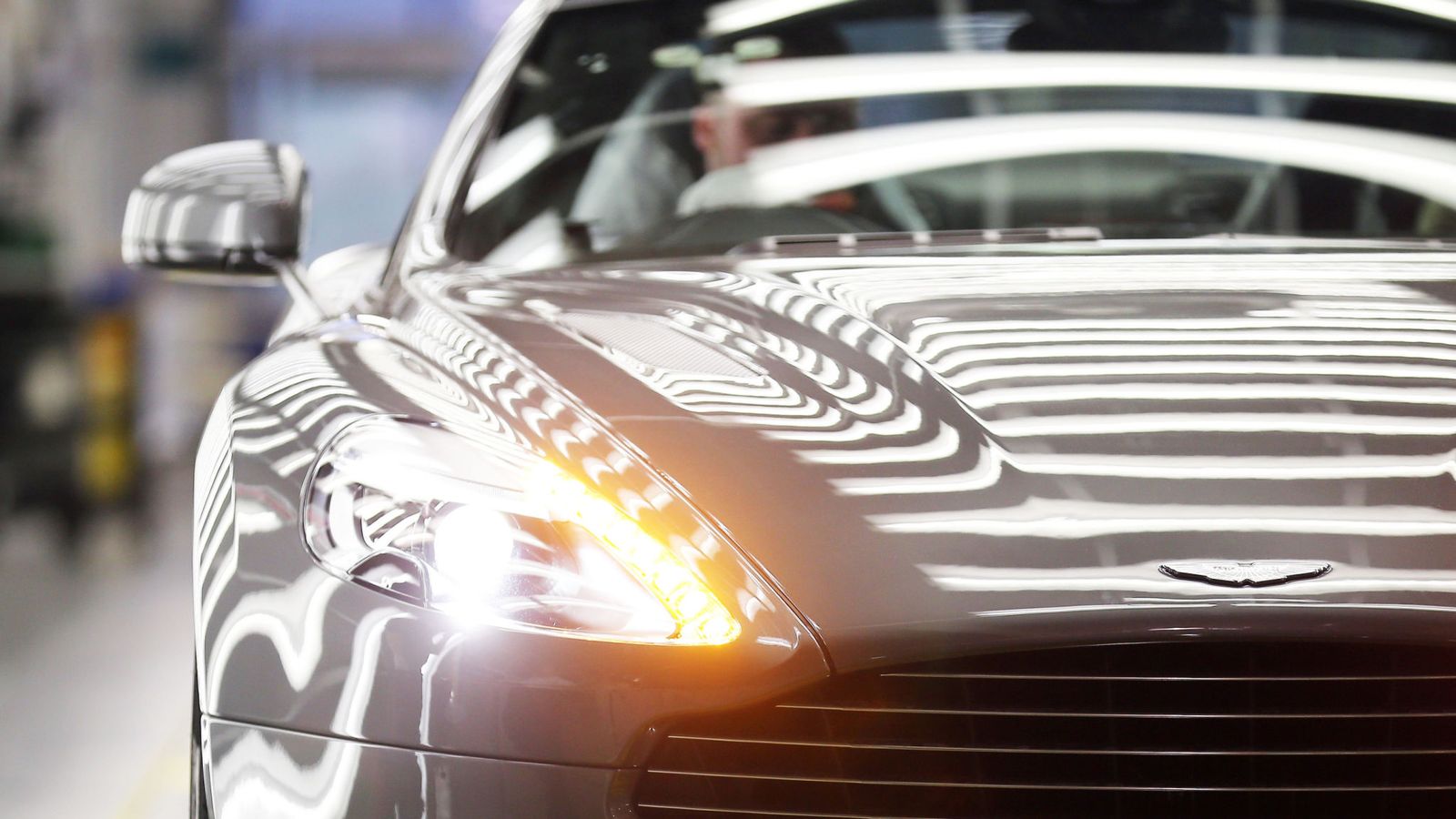 James Bond’s carmaker is drawing up plans to hand millions of pounds of discounted stock to wealthy customers as part of a London listing expected to value it at up to £5bn.

Sky News has learnt that Aston Martin is working on incorporating a customer share offer into an initial public offering (IPO) that has been earmarked for the autumn.

Details of the company’s plans have yet to be finalised, but are expected to be unveiled alongside a new employee share scheme at the time of the long-awaited flotation.

If it proceeds, the customer offer would form part of efforts by Aston Martin to build demand for its shares in what would be one of the City’s most prominent stock market listings for many years.

The luxury carmaker has signed up seven banks to prepare the flotation, with shareholders and company executives targeting a valuation of between £4bn and £5bn.

A presentation to City analysts has been scheduled in the next fortnight.

However, insiders insist that the listing is “on track” with the full support of the company’s Italian and Kuwaiti shareholders.

The manufacturer of models such as the Vanquish S said in February that it was examining “a range of strategic options… including the potential for an IPO”.

London is the likeliest listing venue for an Aston Martin IPO, although its board and shareholders have also studied New York as they seek a luxury goods valuation similar to that achieved by Ferrari, the US-listed Italian car marque.

The Gaydon-based car manufacturer is also preparing to recruit an independent chairman in preparation for the flotation.

Aston Martin, which reported a strong set of full-year results two months ago, unveiled plans to revive its Lagonda brand as an all-electric marque at the recent Geneva Motor Show.

Andy Palmer, the company’s chief executive, said the revamp would “appeal to people other than traditionalists, such as those who want to upgrade from a Tesla”.

In an effort to embrace growing demand for electric vehicles, Aston Martin has said that each of its models will be developed with hybrid technology or full battery power by 2025.

Aston Martin, which faced years of financial struggles, has delivered a turnaround in its financial performance, to the relief of its main shareholders, ‎Italy’s Investindustrial and Investment Dar, a Kuwaiti vehicle.

The company reported the highest sales in its history last year, at £876m, with pre-tax profits of £87m.

Aston Martin’s stock market debut will bring a dash of glamour to the public markets, regardless of when the maker of the DB11, Vantage and Rapide models lists its shares.

It has drawn up plans to enter the lucrative SUV market, with the DBX expected to go on sale in 2020.

Its growth prospects have been spurred by its strong performance in overseas markets including China, where it plans to open 10 new showrooms.

The carmaker announced the expansion during Theresa May’s trade visit to China this year, when she was joined by bosses including Mr Palmer.

Deutsche Bank, Goldman Sachs and JPMorgan have won the prized roles of joint global co-ordinators on the IPO, while Bank of America Merrill Lynch, Credit Suisse, HSBC and Unicredit will act in the more junior bookrunner roles.