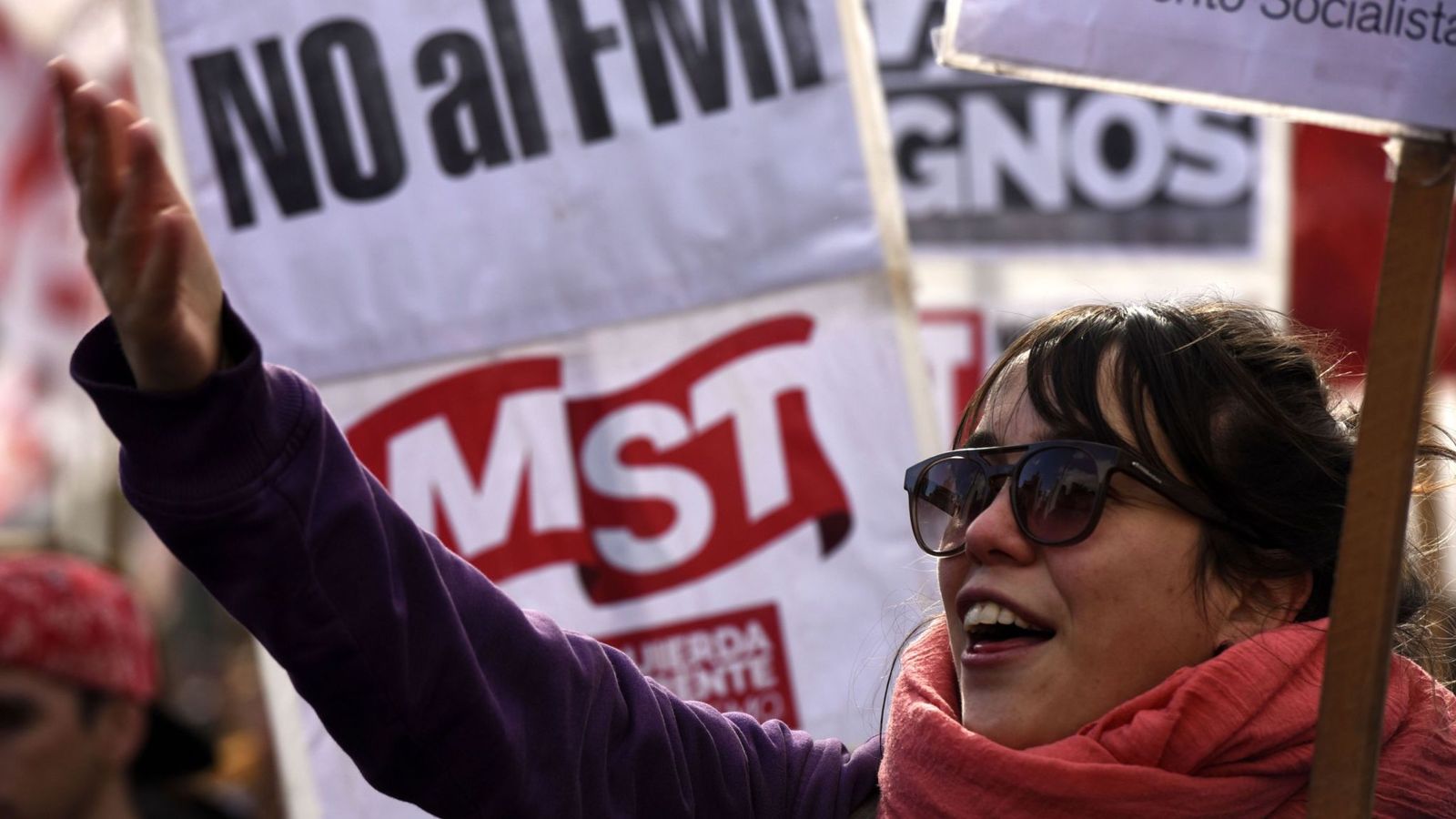 The International Monetary Fund has agreed to give Argentina $50bn (£37bn) in standby loans to tackle soaring inflation that is crippling the economy.

Argentina’s peso has tanked by a quarter against the US dollar this year making imports more expensive. Inflation has been rising at about 25% a year, one of the world’s highest rates.

“The package includes an immediate withdrawal of 30%, or $15 billion, and then we will see,” the country’s finance minister Nicolas Dujovne said at a press conference.

Depending on how much Argentina taps of the loan, it could be IMF’s largest rescue package. The loan has yet to be approved by the board of the Washington-based institution.

The Latin American country had approached the IMF last month as it sought to arrest the peso’s decline.

Protests followed President Mauricio Macri’s decision to turn to the IMF for help.

Many blame the IMF for austerity measures imposed on the country after the devastating economic crisis in 2001-2002.

Under the terms of the agreement, Argentina has agreed to reduce its fiscal deficit to 1.3% of gross domestic product in 2019, down from 2.2% previously.

Argentina is not alone among emerging markets facing a currency crisis.

Investors have pulled money out of many developing countries, like Brazil and Turkey, forcing central banks to hike interest rates.