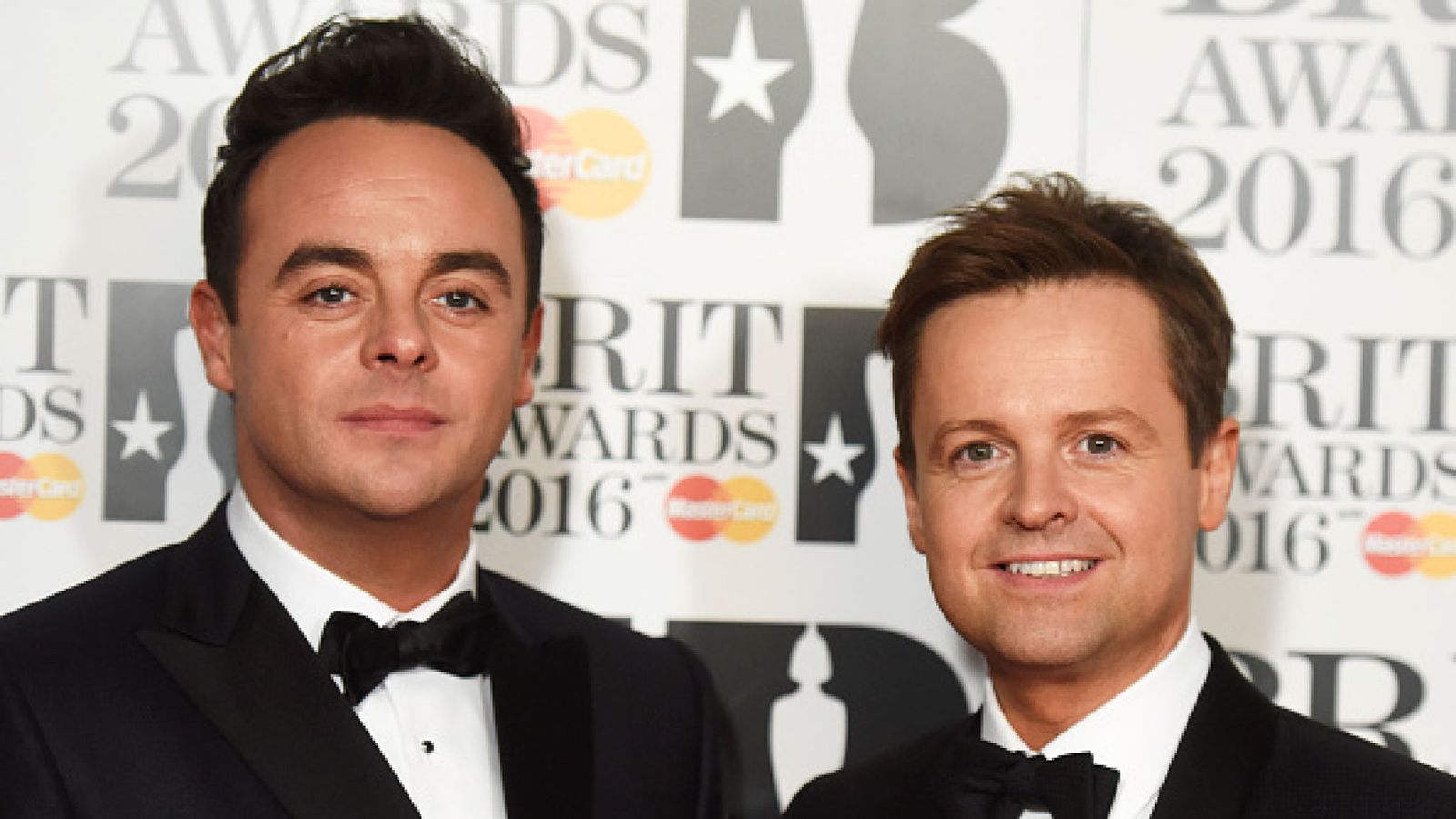 A talent agency which manages the careers of some of the media industry’s biggest names is in talks about a £140m sale weeks after TV presenter Ant McPartlin – one of its leading clients – was handed a record fine for drink-driving.

Sky News has learnt that private equity firms including Bowmark Capital, Inflexion and Trilantic Partners are among a pack of potential buyers of James Grant Group, which represents elite athletes, musicians, writers and broadcasters.

Sources close to the auction, which is being run by bankers at Lazard, said that formal bids for James Grant were due to be tabled by the end of the month.

The deadline comes after tentative talks were held with Exponent Private Equity, the owner of Loch Lomond whisky group, about a deal.

Those discussions are understood to have begun prior to Mr McPartlin – one half of ITV’s star entertainment presenting duo Ant and Dec – being charged with drink-driving in March.

Exponent is subsequently understood to have indicated that it only would be prepared to pay a lower price for the business, according to one insider.

Ant and Dec have become two of British TV’s best-paid performers as the presenters of shows such as I’m A Celebrity, Get Me Out Of Here, Saturday Night Takeaway and Britain’s Got Talent.

James Grant, which was set up in 1984, provides a range of services to its clients, who also include well-known personalities such as Davina McCall, Louis Tomlinson and Tess Daly.

It is said to have strong growth prospects on both sides of the Atlantic and would only pursue a sale to a buyer prepared to acknowledge the value of this potential, the insider added.

The company is part-owned by Metric Capital Partners, a private equity firm which backed it in 2014.

Last year, the talent group announced a merger with Troika, a rival agency whose clients include Graham Norton, the chat-show presenter, Matt Lucas and Michael Fassbender, the Hollywood actor.

Insiders said that that combination increased the size and product offering provided by James Grant, which would increase the attractiveness of the business to potential buyers.

Neil Rodford, James Grant’s chief executive, said at the time of the deal: “Our combined client roster creates a depth and breadth of clients, which puts us at the forefront of the entertainment industries on both sides of the Atlantic.”

Accounts filed at Companies House for the year to August 2016 show that it made a post-tax profit of just over £1m.

Neither Lazard nor Exponent could be reached for comment.