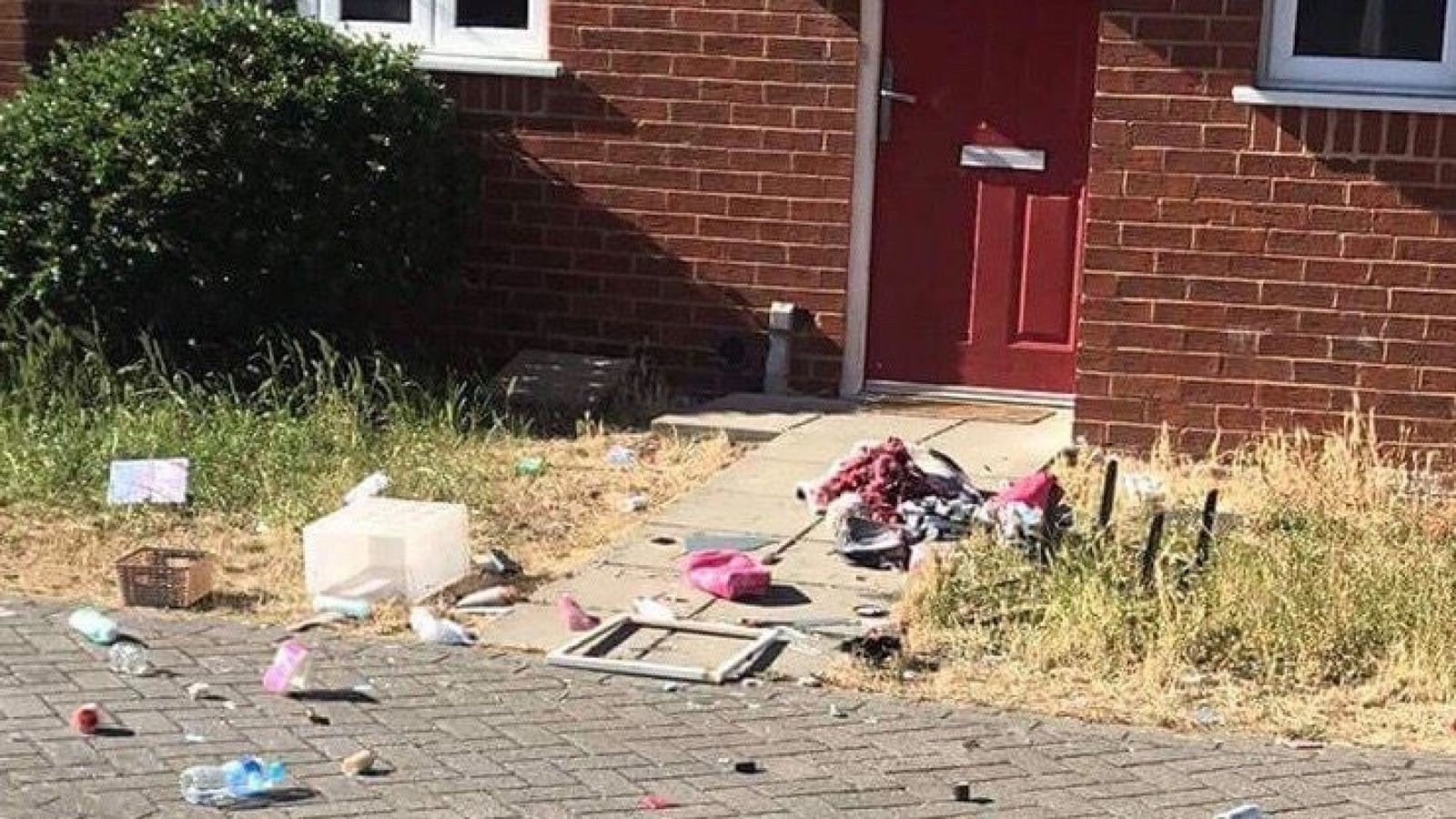 Ambulance staff and first responders sent to a house following a 999 report of a 13-year-old girl having a cardiac arrest have been attacked by people at the property.

The emergency service members were pelted with a “barrage” of bricks, glasses, tables, chairs and other items from the upstairs windows in Eastleigh, Hampshire, on Wednesday evening.

A rapid response car and ambulance were damaged during the violence and more crews had to be sent to the scene as back-up.

Police were called by the service and got into the property, where it was confirmed the original cardiac arrest call had been a hoax.

The crew has hit out at those responsible for the violence and wasting valuable resources.

It released an image of the scene, with some of the items that were thrown during the incident scattered on the ground.

It said on Facebook on Wednesday: “It beggars belief what happened to our staff in Eastleigh earlier this evening.

“What makes this even worse is that all the staff and vehicles we sent were diverted from local people in genuine pain and distress with real illnesses, real injuries and real emergencies by our equally frustrated and appalled control room team.”

In a statement, Hampshire Police told Sky News: “We were called to an incident in Stranding Street, Eastleigh, at 5.40pm yesterday.

“Officers attended and made two arrests.

“A 13-year-old girl and a 14-year-old girl, both from Eastleigh, were arrested on suspicion of assault, cause of wasteful employment of police and use of threatening/abusive/insulting words/behaviour to cause harassment/alarm/distress.

“They remain in custody at this time.”