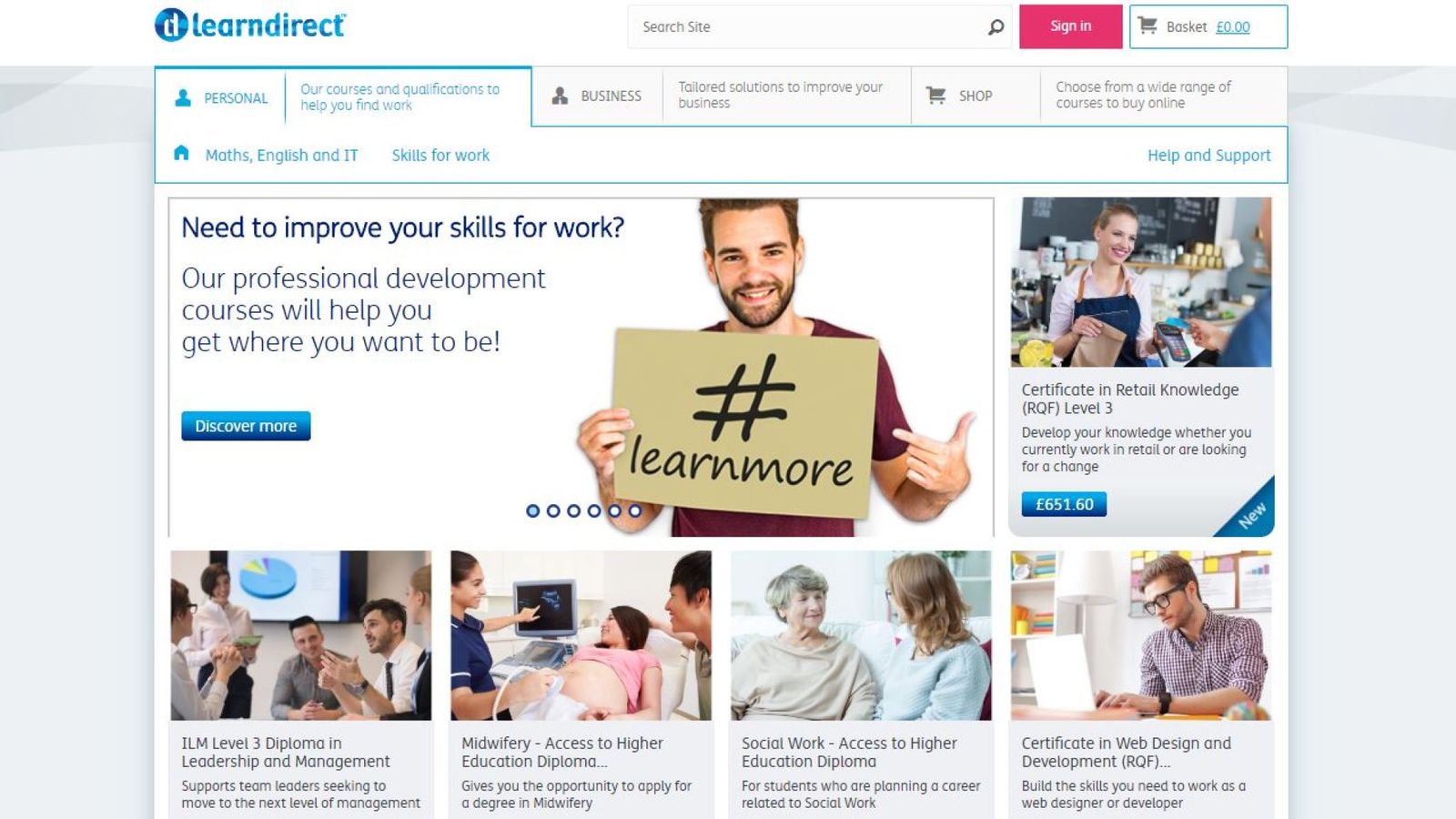 A little-known education entrepreneur has swooped to seal an audacious takeover of Learndirect, Brit‎ain’s biggest provider of apprenticeships and adult training services.

Sky News can reveal that Dimensions Training Solutions (DTS) struck a deal on Saturday to acquire Learndirect in a deal which will preserve roughly 1,000 jobs and the training courses of thousands more people.

The ‎acquisition will be transformational for DTS, which is part of a wider group owned by Stonebridge Colleges, a mini-conglomerate in the further education sector.

It will bring to an end months of uncertainty about Learndirect’s future, with doubts about its survival prospects exacerbated by an adverse Ofsted evaluation of part of its business but which were originally triggered by government cuts to adult skills funding.

Learndirect, which has had apprenticeship contracts with companies such as Marks & Spencer and Tesco, has been owned since 2011 by LDC, the private equity division of Lloyds Banking Group.

The company has recruited hundreds of thousands of apprentices to its programmes, with that part of its business seen as an important contributor to a wider government target of delivering three million apprenticeships during this parliament.

Sources said that LDC had fought vigorously in recent weeks to secure a solvent sale of the business, at times in the face of heated opposition from some members of Learndirect’s lending ‎syndicate.

“The essential building blocks are there to deliver a service that will more than satisfy government requirements.

“I look forward to working with their team and I am confident we have an exciting future together.”

Insiders said this weekend that DTS, which is funded by the Education and Skills Funding Agency, had been assisted with the takeover of Learndirect through a “significant” dowry.

Learndirect’s finances have been in a troubled state for some time, having warned that it faced collapse if a critical Ofsted report was published last year.

Its state funding is being withdrawn by the ‎Department for Education from the end of next month, although that decision did not prevent an influential House of Commons select committee complaining in March about the adequacy of Learndirect’s management.

LDC is said by people close to the situation to have resisted attempts to push the company into administration, with Staffline, a listed training provider, having been in talks to buy Learndirect until last week.

KPMG advised Learndirect’s lenders while Deloitte advised the company on the same.