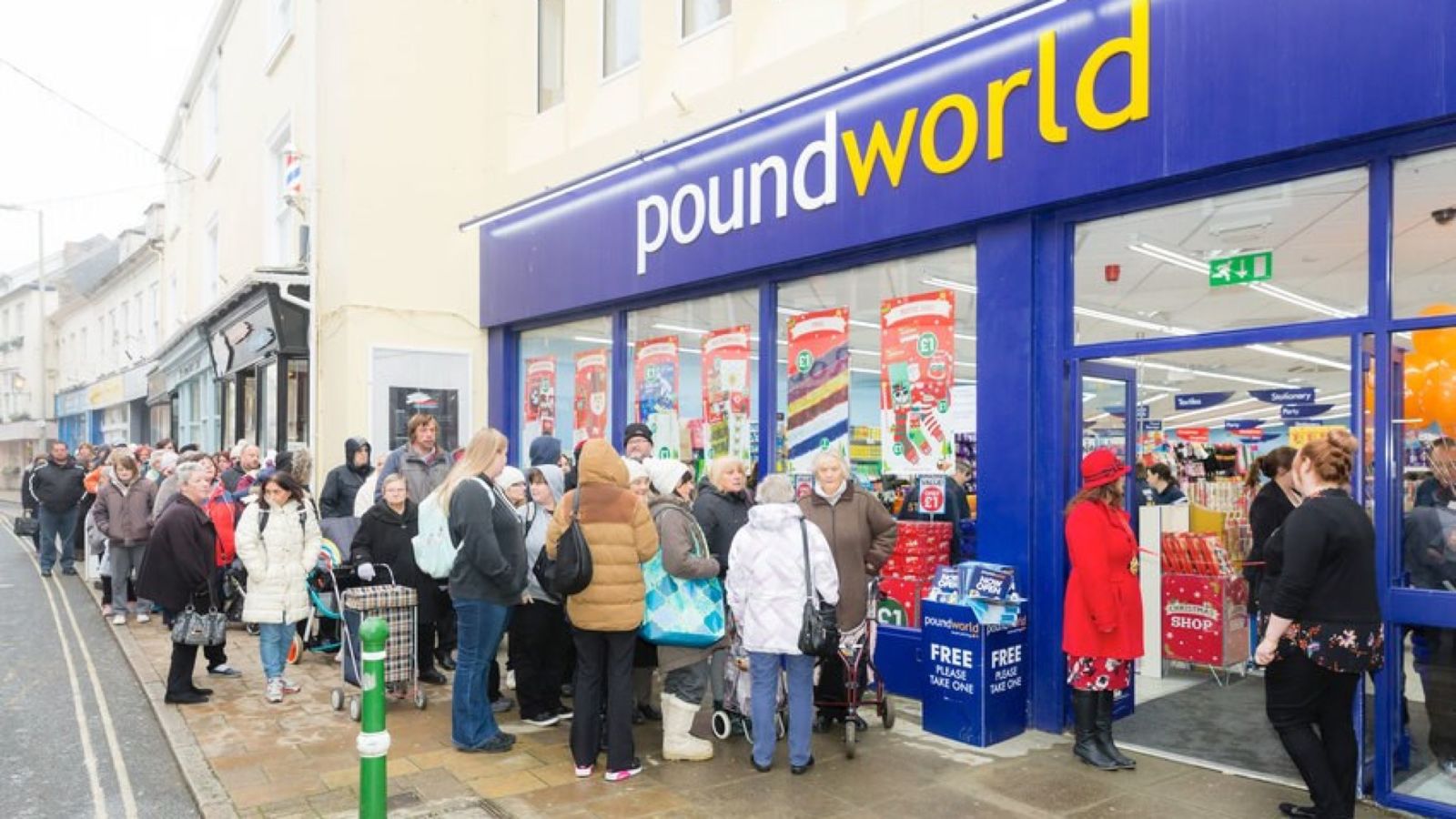 More than 5,000 high street jobs will be thrown into fresh doubt on Monday when Poundworld crashes into administration following the failure of last-ditch rescue talks.

Sky News has learnt that the bargain retailer is set to become the biggest chain by number of employees this year to fall into insolvency, just over three months after the same fate befell Maplin and Toys R US UK.

Deloitte, which has been co-ordinating efforts to find a solvent deal for the business, is expected to oversee the administration of Poundworld.

A source said discussions between Poundworld’s owner, TPG Capital, and Rcapital about a rescue deal had fallen apart over the weekend, days after a bid from Alteri Investors, another turnaround investor, had also been terminated.

There remains some optimism that a proportion of the chain’s 5,300 staff will avoid losing their jobs if buyers can be found for parts of Poundworld’s business during the administration process.

Other retailers are expected to pick off parts of its 355-strong estate, while a slimmed-down Poundworld operation may also be viable.

Nevertheless, Monday’s news will be the latest in a grim tsunami of developments for Britain’s embattled high street.

House of Fraser (HoF) confirmed plans last week to axe 6,000 jobs and close just over half its 59 stores.

Failure to successfully conclude a deal with creditors will lead to HoF plunging into administration, it warned in an announcement about its restructuring.

TPG opted to put Poundworld up for sale last month rather than funding it through a restructuring programme that will involve the loss of about 1,500 jobs.

Carpetright, Marks & Spencer, Mothercare and New Look are among the other retailers which have announced store closure plans this year, with thousands of jobs disappearing as a consequence.